Kamaishi is located on the coast of Iwate on the Pacific side of Japan. Iwate is located in North East Japan called Tohoku in Japanese. The area was chosen as the third most interesting place to visit in the world in 2020 by Lonely Planet. I can see why, it's virtually unknown to the outside world, yet has so many great places to visit and exciting things to do and enjoy. The Kamaishi Tsunami Memorial Museum will help you understand the magnitude of the disaster that hit the area on March 11th 2011.

Kamaishi is a small city on the Pacific coast of Iwate. The current population in about 35000 people but it was more than double that a few decades ago. It's where modern steel smelting started in Japan due to the high concentration of iron ore in the area. It used to have a few steel making facilities and also ship building docks. With all those plants in the city, Kamaishi had a much bigger population and stronger economy. Today, it's known for 3 things: steel making, fishing and Rugby. The Kamaishi Sea Waves team still hold the title for longest running National champions at 7 years.

When it was announced that Japan would hold the 2019 Rugby World Cup, Kamaishi was naturally chosen as one of the venues for some games despite its small size and remote location. It was hoped that it would help put the area on the map and also help in the rebuilding efforts.

The Kamaishi Recovery Memorial Stadium, the area is called Tomosu in Japanese, was build just 100 meters away form the former Unosumai Elemantary school where over 160 people perished most of them children. The Kamaishi Memorial Park and museum are located on the former site of the Unosumai Elementary School site. There is also a market and souvenir shop next door that features local products.

Outside is a large circular wall with all the names of the people that lost their lives on March 11th 2011. Despite being just 100 meters away from Route 45, the main road on the coast, it's a very quiet place to reflect on this tragedy. The wall is build inside a hill to keep the noise away. More than likely designed that way to help visitors find peace and quiet in this very somber place.

Inside the museum, you will find some videos of the huge waves hitting the city. A lot of pictures and explanations about what took place that day. You can also see some recovered items after the clean up began like personal items such as school bags, notebooks, electronic devices, a fireman jacket and many other items. There is even one of the black boards of the Unosumai elementary school with the schedule for the month. March 11th was a Friday and the last day of school for many schools in the area. If the tsunami hit just one day later, it would have been completely different in terms of casualties.

Most items bring back strong memories of that day, having lived through it myself, there are also a lot of children's drawings about what they saw and experienced that day. The details are amazing, the facial expressions, the clothing all there to give us a sense of what happened. This is the web site in English, the area is called Tomosu.

Kamaishi isn't new to disaster from the sea, this was the third large tsunami to hit the coast in the last 100 years. Yet, each time they rebuild it better and stronger. I encourage you to come and visit this wonderful city by the sea. There are a lot of great things to visit like the Hashino Steel museum, you can visit some of the site by rental ebikes from Horaikan Inn about a few hundred meters away. Other exciting spots also include the Kamaishi Steel Museum, Big Kannon, and no other way to explore them than by e-bikes which you can rent in Kamaishi itself.

Getting there has been easier since last year, you can take the Tohoku highway to Hanamaki and then take the Kamaishi turn off. The Highway was completed in December 2108. If you are coming by Bullet train, get off at the Shin Hanamaki station and take the Kamaishi line to Kamaishi. Keep in mind that there are only 5 or 6 trips daily in each direction. The view is well worth the trip. For a very special experience, you can ride the Ginga SL steam liner. It only runs once a week, during the summer months. It goes to Kamaishi on Saturdays and comes back to Hanamaki on Sundays.Thereby giving you some time to explore around Kamaishi. Soon the coastal highway will be open, it might even be open already. I took it during Golden Week and there was only a short track near Kesannuma that wasn't open. It starts in Sendai, Miyagi and goes all the way to hachinohe, Aomori. 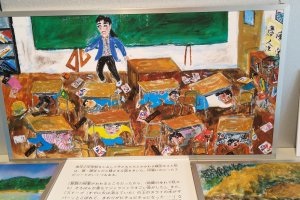 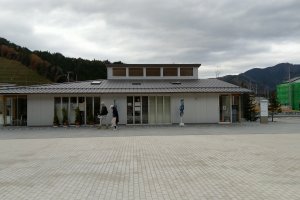 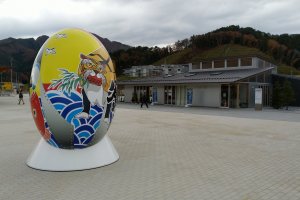 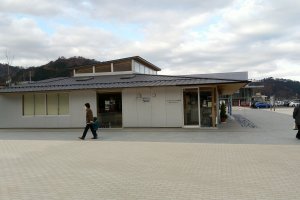 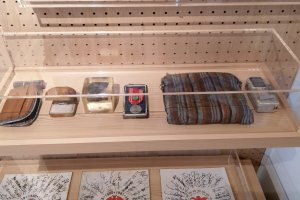 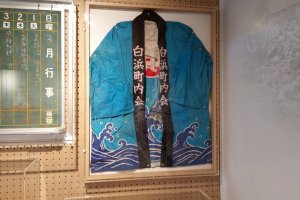 Sherilyn Siy a year ago
What a heartwrenching drawing.
Reply Show all 0 replies

Elena Lisina a year ago
Scary disasters... but I like Tohoku and would like to visit this place.
Reply Show all 0 replies
2 comments in total