Explore the sites around Kamaishi with ease on an ebike

This year, Japan is hosting the 2019 Rugby World Cup, Kamaishi is one of the selected cities to host some of the games. Despite its small size, Kamaishi has had the longest winning streak for the national Rugby Championship in Japan at 7 years in a row. Many people are expected to come to see the games and explore the surrounding areas. Since the area is near the coast, there are a lot of hills. Ebikes are an excellent way to visit the sights. I tested the Panasonic Jetter ebike with Michinoku Soleil.

Until now, most ebike makers didn't seem to be concerned with looks. The Panasonic Jetter changes that. It looks a lot like a cross bike and is very nice to ride. It's better described as a hybrid bike, it can be ridden without the electric motor but the motor makes it heavier than a regular bicycle but not much more than a "mamachari", the standard, everyday bicycles ridden around town. It boasts a 70 to 80 kilometer range with a 16 Amp battery. The motor provides 24 Watts of power and the top speed is 24 kilometers per hour, the bike itself has 10 speeds. The total weight is 21 kilograms. Of course, all electric motors will vary in performance depending on road conditions like flat or hilly. The rider's size will also have an impact to a degree.

Riding itself is quite pleasant, the seat is large and comfortable, the height is also easily adjustable. There is a front light that comes on automatically when it's dark enough like tunnels. Nothing on the back though, like most standard bike lights, it isn't quite bright enough. Assisted power, it kicks in the moment you start pedaling and stops once you start coasting or go downhill. It has quite a bit of a kick, more than I had expected. It's easy to start in an uphill road. As mentioned earlier, the top speed is 24 km/h, so once you reach that speed the motor cuts off. Since I'm a regular rider, I often went over that speed. I think for a casual, non regular rider, it's more than adequate. As you go uphill and gear down, the motor provides more power and vice versa as you ride on flat roads.

The bikes are owned by Nebama Mind (根浜Mind), a non-profit organization that helps promote the area. Nebama Mind is a word play based on the location called Nebama Beach. You can rent the bicycles at Horaikan Inn, located right on the beach. For now, they only have 4 bicycles to rent, so to make a reservation is probably recommended. As the season gets under way, there will be more tours added.

There are two ways to rent the bicycles, bicycles alone, by the hour or with a guide. The guide is called Gaku Fukuda, he has some limited English abilities but knows the area well. You can get more info on his Facebook page, みちのくソレーユ (Michinoku Soleil)

The rates are 1500 yen for 3 hours and 3000 yen for 8 hours for bicycles only. With the guide, it's 5000 yen for a 3 hour tour around the Hakozaki Peninsula (箱崎半島). The earliest tour starts at 5:00 and the last tour of the day starts at 13:00. If you go on your own, you can visit the the Big Kannon, the Iron and Steel Museum, the city center area. Also a little further away is Hashino Iron Museum, where modern steel making started in Japan

The quickest way to get to Kamaishi is from Hanamaki, you can take the train from the Shinkansen station, Shin Hanamaki, there are only a few trains every day, check the schedule ahead. Since March this year, the highway is open all the way, by car, it takes only about one hour and fifteen minutes. 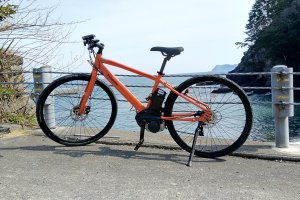 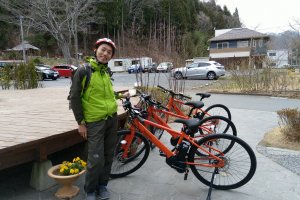 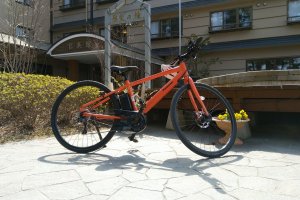 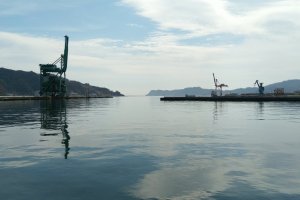 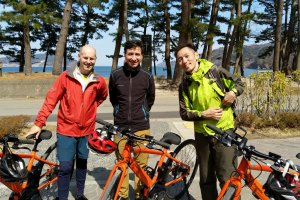 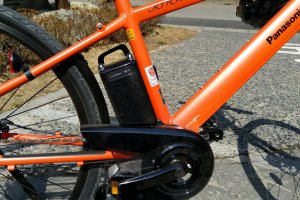 Bonson Lam a year ago
I love riding on ebikes as well. They have them also in Teshima and Naoshima. Great for going up the hills.
Reply Show all 0 replies

Kim a year ago
One of the best (and most enjoyable!) ways to see Japan. These ebikes sound really interesting!
Reply Show all 0 replies
2 comments in total