We arrived late afternoon and headed straight to Takamatsu Castle ruins. Built in 1587, it is one of three Japanese castles on the sea. Now called Tamamo Park, it became a designated National Historic Site in 1955. The moat is filled with seawater from the Seto Inland Sea. Instead of the usual carp swimming around the moat, this one had snapper begging for breadcrumbs.

There are many interesting buildings and artifacts that survived the wars along with Hiunkaku Garden filled with beautiful pine trees planted by the Emperor and Empress from 1926 – 1989. Walking around the grounds provided a peaceful calm. As you will find everywhere in Japan, punctuality is a way of life and when 5PM rolled around, the gates were closed.

We left and walked a few blocks to Symbol Tower up on an observation deck to view the harbor sunset. The nearby islands provided a beautiful scenic backdrop.

Takamasu has three specialty foods: Sanuki Udon, Sweet Yellow Tail (farmed with olive powder placed in their feed), and Honetsuki-dori (Grilled Chicken on the bone). All of these special foods actually came from nearby Marugame City, but can be found throughout Kagawa Prefecture.

Using a guidebook we set out for one of the recommended Honetsuki-dori restaurants in the shopping arcade. We stopped at a shoe store and asked for directions. The owner told us to ignore the guidebook and go where the locals eat, Furusato Restaurant. I am so glad we asked because that was the best chicken I have ever had. A very large thigh is grilled using special spices. While waiting for the chicken to cook they served us some of the olive powder fed yellow snapper and it also was very tasty.

Early the next morning we walked 2 kilometers to Ritsurin Garden, one of the most beautiful in Japan. It is a feudal lord garden built in the late 16thcentury. We met a volunteer guide, who explained the garden’s history. There are six ponds and 13 landscaped hills, with over 1000 pine trees. The total area is 185 acres, which makes it the largest Cultural Property Garden in Japan. Since it was early morning he recommended we take the boat ride on the main pond because of the reflections. We were able to capture some beautiful pictures.

It was time to leave Takamatsu and Miwa had not tried the Sanuki Udon. As luck would have it there was a little Udon shop just inside the station near the platform of our next train. She left this very nice city with a big smile on her face.

Shikoku is not a onetime trip. We only covered about a fourth of the area and next year plan on continuing our adventure. 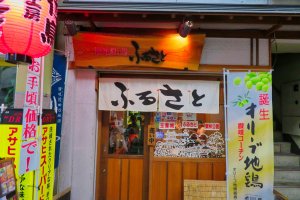 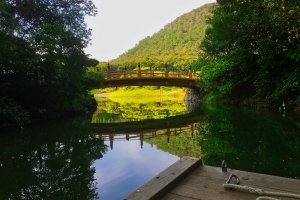 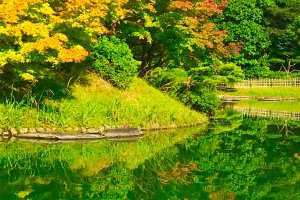 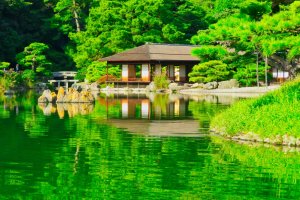 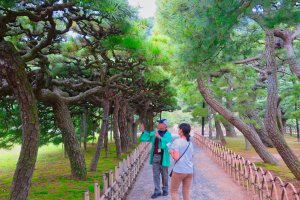 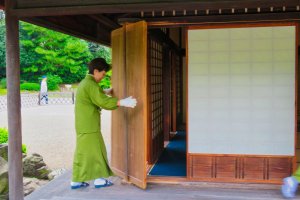 Kim 3 years ago
Ritsurin Garden took my breath away when I visited. An absolute gem.
Reply Show all 0 replies

Elizabeth S 3 years ago
The garden landscape and castle photos are stunning.

Sleiman Azizi 3 years ago
Where the locals eat is where we all should eat.
Reply Show all 0 replies
4 comments in total