Takamatsu to Tokyo by Train

Float by Okayama & Himeji on the Sunrise Seto

In the past, many night trains operated throughout Japan. Some trains had sleeping cars and a dining car, while others with sitting cars only.

This time, I took the train from Takamatsu to Tokyo. I've been on night trains previously in Japan, Australia and New Zealand and it is the second time for me to take this train. Last time, I took the one going the other way. The train travels about 800 kilometres in about 9 hours and 30 minutes.

Takamatsu City is part of Kagawa Prefecture, which is famous for Sanuki udon noodles. You can obtain information about udon restaurants in the city at the tourist information centre. The Ritsurin Garden and Yashima Island are some of the major tourist sites in the city. If you are interested in shopping, there is a large shopping mall to the southeast of Takamatsu Station. From Takamatsu there are ferries to Naoshima and Teshima.

It is a good idea to purchase some food and drinks before boarding. There is a box meal or bento shop inside the station and a supermarket next to the station. The train departs at Takamatsu at 21:26. Soon the train crosses the Seto Ohashi Bridge that connects Honshu main Island and Shikoku Island. Unfortunately it's too dark outside to see the scene of the channel from the train, however, you may be able to do so from the train to Takamatsu.

In Okayama, the Sunrise Seto and the Sunrise Izumo from Izumo-shi are coupled with each other and both run together towards Tokyo, the final destination. After stopping at some stations, the train stops at Osaka at 0:34. Notwithstanding the late hour, the station is full of commuters going home. This time, some passengers believed to be business travellers boarded the train here. After leaving Osaka, the train does not stop until Shizuoka. This train passes through Kyoto Station at about 1:00. Actually, Kyoto Station is still open at that time, because the last commuter train has just left. There may be some potential passengers who would like to take the train there. I hope someday it will stop at Kyoto. After stopping at Shizuoka at 4:38, it makes a brief stop at Fuji, Numazu, Atami and arrives at Yokohama at 6:44. Morning has come and commuters are waiting for their trains on the platform. The train arrives at Tokyo terminal at 7:08.

This train would be also convenient for business use. You can leave Takamatsu later than the last flight and arrive Tokyo earlier than the first flight of the next day from Takamatsu.

An overnight train journey is a pleasant way to travel even if you might not be able to have a good sleep because of the rattling sound. I went to bed just after passing Kyoto Station and had a fairly good sleep.

Note that the Sunrise Seto from Tokyo to Takamatsu does not stop at Osaka Station. Instead you can disembark at Himeji and take a Special Rapid train back to Osaka or Kyoto.

The sleeper limited express train, Sunrise Seto is operated daily. All seats and sleepers are reserved. Reservation and purchasing of the tickets can be made at the Midori-no-madoguchi window of the major JR station.

The following charges are required to board this train.

Yuichi is a long time Rugby fan, having lived in Kyoto, Australia and New Zealand. When he is not watching Rugby (preferably at the Pig and Whistle and Man in the Moon pubs in Kyoto), he is meticulously researching the next trip by train or plane. 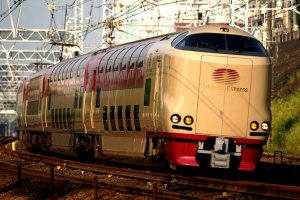 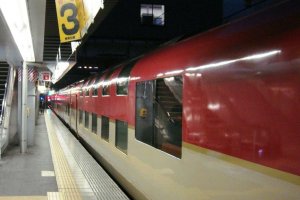 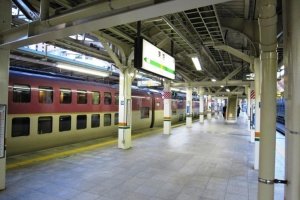 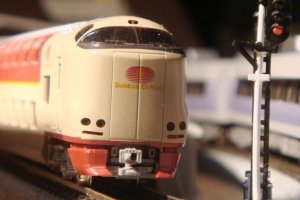 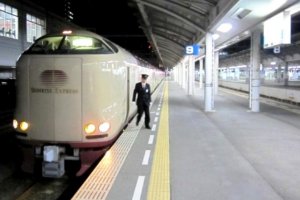 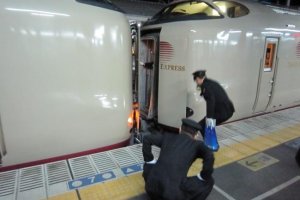 Michael Flemming 8 years ago
I strongly believe the adventure in traveling isn't only the places visited but also in the journey to get there. I really like reviews like this. I'm inspired to someday in the future take the ferry from Okinawa to Tokyo for my own 44 hour long adventure. I just need to convince the wife and kids.....
Reply Show all 1 replies

Bonson Lam 5 years ago
Hey Micheal, think of it as one big slumber party! How else can you see the Pacific Coast, Himeji Castle and Mount Fuji float by while in the comfort of pyjamas and your favorite snacks!
Reply

Bonson Lam 8 years ago
I learnt a lot from this article too. Yuichi knows everything about trains! If you are JR Pass holder, this is good value, and until the discount airlines fly this route, probably the best balance between comfort, speed and cost. Night trains are in a world of its own, I agree. https://en.japantravel.com/kyoto/moonlight-kyushu-train/975
Reply Show all 0 replies

Wouter Thielen 8 years ago
Interesting! Thanks for sharing this! I didn't know there was such direct transport from Tokyo to places like Takamatsu, Sapporo, etc, which require crossing a big gap of water... Also, a direct train to Izumo?! I thought the trip from Tokyo to Izumo would be full of changes at stations in between, but this is very convenient!

The prices sound a bit expensive, the plane might be cheaper, but I am not sure. Regardless, taking the night train is also yet another experience.
Reply Show all 0 replies
4 comments in total