Sarushima has all of the outdoor attractions. You can enjoy BBQ, fishing, swimming, and hiking all day long.

It is a spot where you can escape the hustle and bustle of city life. It is the only natural island in Tokyo Bay and because of its position, it was once used as a fort back in the day to protect the mainland.

It takes about an hour to explore the entire island. There are free walking sticks available to borrow at the beginning of the route and you return them at the end after you are done. It may come in useful, because there are many steps and ramps along the path. As you are walking across the island, you can encounter a lot beautiful scenery. Sarushima has many historical sites surrounded by nature. One of the main attractions is the Love Tunnel. The tunnel received its name during the Meiji Era. When a couple walked through the tunnel, they would hold hands until they reached the opposite side. It would create a romantic and mystical scene, and it is popular among couples to this day.

Fishing is a very popular activity on Sarushima. You will see many fisherman on the beach waiting for their line to be snagged so they can have lunch. BBQ is another fun activity for tourists. Since you cannot bring your own BBQ equipment, rentals are available at a shop near the pier. It would be wise to phone them ahead of time and make a reservation because there is no guarantee of availability.

Sarushima is also popular with anime fans and cosplayers. They say that the island resembles the work of "Laputa: Castle in the Sky" and it is possible that you will walk into a photo shoot conducted by anime lovers.

Sarushima translates as Monkey Island but there aren't any monkeys inhabiting the island. In 1253, when Saint Nichiren was traveling to Kamakura by boat, he lost his way because of a storm and was washed up on a deserted island. Then, one white monkey appeared and guided him further into the island. This is a myth that dates back many years, so it is uncertain if it is true or not.

It is very easy to venture to Sarushima. There is a ferry that departs from Mikasa Pier every hour and the ferry ride only takes about 10 minutes. However, be sure not to have too much fun and forget the time because at 17:00, the last ferry will depart from the island. 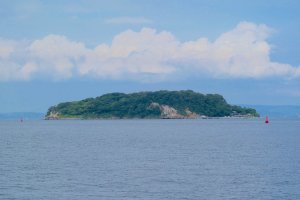 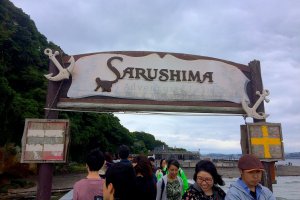 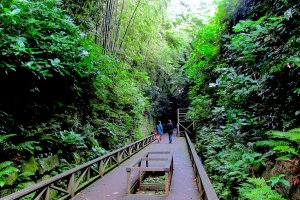 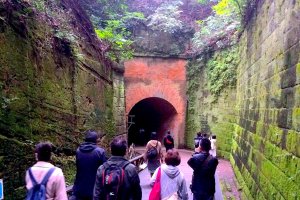 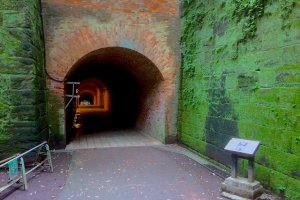 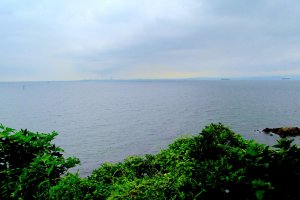 Elizabeth S 2 years ago
What a great, and brief, excursion from Yokosuka. The more I read about Yokosuka, the more fun things there appears to do there.
Reply Show all 0 replies

Kim 2 years ago
Never knew about this place before, but it definitely sounds like a nice escape from all the hustle and bustle!
Reply Show all 0 replies
2 comments in total