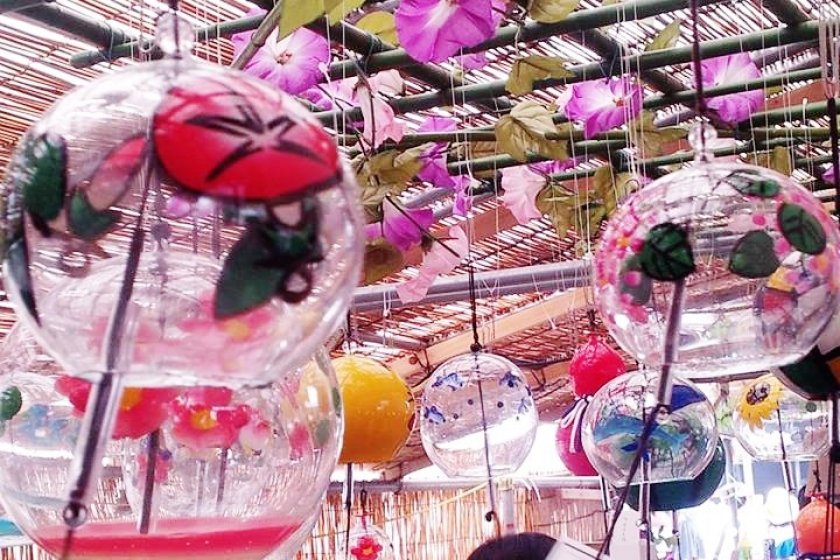 Presenting 'sounds of summer' from all over Japan

Summer in Japan can be identified by sounds; the sounds of Cicadas on trees full of green, sounds of festival drums, and Bon odori music, the sounds of children running, giggling as they go, but the best sounds of all, are the cristal sounds of wind chimes swaying softly in the wind. Kawasaki-taishi festival in Kanagawa prefecture showcases wind chimes from all over Japan. There are over 900 types of wind chimes gathered for this occasion including the Daruma wind chime which is an original product of Kawasaki. The total number of wind chimes displayed and sold in this festival amount to approximately 30,000. There are booths representing different regions of Japan and each and every wind chime is uniquely hand made.

The chimes alone are a reason to visit but the venue of this event is also something that deserves attention. Kawasaki Daishi Heikenji Temple where the festival is held was built in worship of the image of Buddhist priest Kukai, who is known to have introduced Shingon Buddhism to Japan during the Heian era. He is considered to be the founder of these teachings in Japan. There are four main constructions built within the temple; the Dai-hondo(Main cathedral),Dai-sanmon(main gate),Prayer hall for safe driving, and Hakkaku Gojyunoto(Octagonal Five-Storied Pagoda, Restoration Pagoda) all,magnificent structures worth seeing. The turtle pond and the stature of Prayer and Pecerwere also some of my favorites.

Walking through the Nakamise shopping street, (the street that lead to the temple) you’ll find many Daruma’s and Daruma Goods for sale, the strip is also famous for a variety of Traditional Japanese deserts such as warabi mochi (a chewy jelly-like confection made from bracken starch) and “Tontoko ame” (traditional Japanese candy) the name “tontoko” comes from the sound the candy makers make while cutting the candy. Visitors can see the traditional candy makers cut away rhysimically as if they were doing a coordinated dance. Many stop by to watch with shaved ice in hand. The festival in Kawasaki is not a huge one, there are no fireworks, and there is no bon odori ( traditional dances at festivals) but it is a crowded one and something the locals look forward to every year. Many ventures out in Yukata’s (traditional casual festival wear) to to see the wind chimes, have a bite of festival dishes, and enjoy the company of one another. Come weave through the lively crowds of Kawasaki, and enjoy the many sounds of summer.

Hello, My name is Erika and I am a Japanese American currently studying in Long Beach State University. CA. I was born and raised in Kobe Japan untill I was 15 and am fluent in both English and Japanese. I find that Japan has so much to offer and hope to share my experiences with you as I explore and discover new favorite spots! Thank you for reading :) 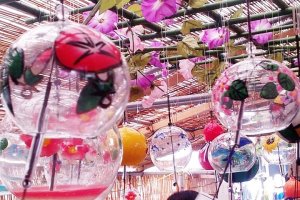 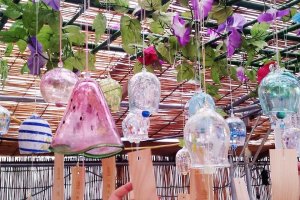 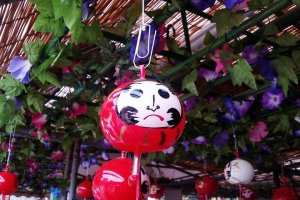 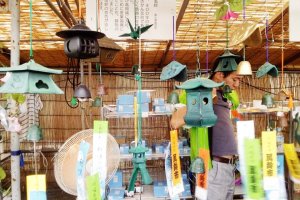 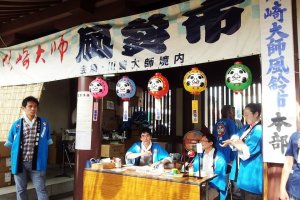 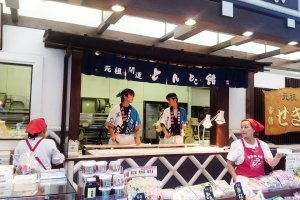 Elena Lisina 9 months ago
I like glass fuurins. That event sounds interesting.
Reply Show all 0 replies
1 comment in total