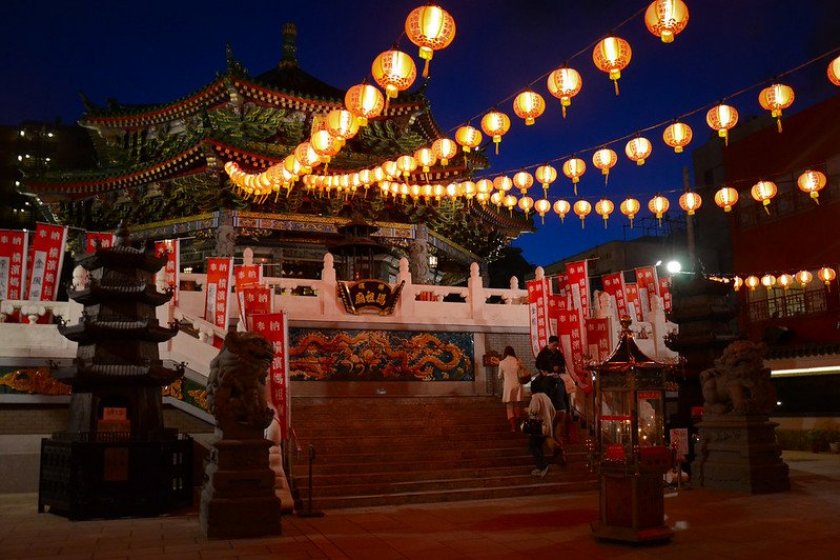 A warm welcome and fortune from the protector of travelers

Masobyo Temple in the evening (Photo: Aapo Haapanen / CC BY 2.0)

Yokohama City’s Chinatown has a long history, but one of its temples, the Yokohama Temple to Mazu took some time to establish. While Chinatown has a long history, the newcomer temple was inaugurated in 2006. The establishment of the temple marked the celebration of the 150th anniversary of the opening of Yokohama City’s port. While most visitors to Japan probably imagine temples with sparing decoration and vermilion shrines, this temple is exuberantly Chinese. And it's a place visitors shouldn't miss when visiting Chinatown, as it honors a goddess who protects travelers.

Masobyo Temple is not far from Yamashita Park, the site of the Qing era consulate that coincided with Japan’s Meiji Period expansion. The goddess Mazu, as she’s called in Japanese, is enshrined at this temple. She's famed for her lack of crying on her birth. She is said to have learned the Buddhist sutras at an early age, and become a saint who rescued shipwrecked sailors. She became deified as a protector against natural disasters, epidemics, and strife. She’s widely honored in countries in which Chinese people live.

In this temple, there are a number of statues to which the faithful pay respects. There is an image of Mazu-sama herself, and two flanking demon gods, one who enforms Mazu of evil deeds spoken and the other of evil deeps seen. They protect her from calamity.

When you visit, you are directed to offer incense at various stations. They are numbered from one to five, which makes it easy to progress along your path to respect this deity. Once you have offered your incense, you can receive a fortune from the attendants.

The five-step path for me was a bit intimidating. To whom was I paying respects? I took my time to read the kanji characters and descriptions as I went along. But was I doing it right? Temple attendants helped out visitors along the way, so I felt a bit more at ease. By the time I was done offering my incense, I felt a great sense of calm and reverence.

On entering the temple, attendants, all female, warmly greeted me. They were friendly, and a little causal with their Japanese. But the proceedings here are thorough and careful. They meticulously directed in the casting of wooden fortune blocks on the floor in front of the image of Mazu. Their conscientious directions and details of the portent of my fortune made me feel a part of the fabric of the temple, even as a visitor. I got sent off with a paper fortune, big smiles, and handshakes. I left the temple feeling energized and welcomed to one of the biggest and most vibrant Chinatown in Asia.

When planning your Yokohama visit, you might want to coordinate your trip around lunar new year, the February lantern festival, the Mazu festival in March, or the July Good Match festival. Any of these occasions will envelop you in the aura of Mazu-sama, Yokohama Chinatown’s newest but ancient mother figure.

Find out more about Masobyo. 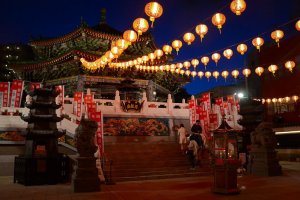 Kim a year ago
I love that when I read your articles I feel like I'm there for the journey, too!
Reply Show all 1 replies

Elizabeth S Author a year ago
Me, too! I'm still not confident about traveling very far from my home base in Chiba Prefecture, so savoring good memories of trips takes me there again.
Reply

Elena Lisina a year ago
I wish I explored this place more visiting Yokohama!
Reply Show all 2 replies

Elizabeth S Author a year ago
It took me a few visits to really connect with Yokohama and Chinatown. It kind of opens up like a flower when you take your time with it.
Reply

Bonson Lam a year ago
Beautiful article Elizabeth! I can imagine being you on the five steps and the temple attendants. Yes it takes a few trips to unravel the secrets of Yokohama.
Reply
5 comments in total