One of the most popular cruise ship ports in Japan

Yokohama is Japan’s second largest city after neighboring Tokyo and as one of the first ports to be opened to foreigners in 1854. Even today, this port city retains a strong international heritage that can be seen in areas like Chinatown—the largest in Japan—and the Motomachi district, where the foreign cemetery is located.

If you are planning a cruise around Japan, there is a very high chance your cruise ship will commence and end the cruise at the Yokohama Osanbashi International Passenger Terminal. Being the major port for the Tokyo, Yokohama's convenient location (not too far from the two major international airports of Haneda and Narita) make it the ideal place to start your Japan cruise.

What to expect at Osanbashi

Known as Kujira-no-senaka (whale's back), the rooftop here features some of Yokohama's best views of the city’s skyline. This long walkway is also an ideal place to indulge and relax at the end or at the beginning of your cruise.

Enjoy fine dining with panoramic views of the bay at this Italian restaurant on the edge of the pier. More >

Serving up a range of food from hamburgers, pasta dishes and desserts alongside an evening bar and a speciality coffee line-up.

Come across a variety of Japan brands, like Motomachi's Kitamura fashion brand, souvenirs from Royal Wing, or bags by Sensui Kobo.

This is a list of famous spots in Yokohama, which can be easily accessed on foot or short taxi ride from the port, ideal for visitors with limited time:

This area is one of the most modern and features landmarks such as the Yokohama iconic tower and the Yokohama Redbrick Warehouse, built during the Meiji period these iconic buildings now host several shops and restaurants.

As a photographer I always look for good light and contrast. Minato Mirai has both in abundance, and at night, magically transforms..

This is one of the most famous green spaces in town, famous date spot for the locals, the 1930 built ship NYK HIKAWAMARU on which also Charlie Chaplin travelled on is also stationed here and is open for visits. Worth mentioning is also the Yokohama Marine Tower, the Silk museum and the Yokohama Doll Museum.

As one of the best-known landmarks of Yokohama city, Yamashita Park attracts a lot of tourists as well as local citizens day and..

he largest of its kind in Japan, over 600 shops offer a chance to have a taste of the rich Chinese culture, look for the colorful entrance gates, located at the four main entrances, and for the Yokohama Masobyo, the main temple and protector of the city.

One of the largest Chinatown's in the world, Yokohama Chinatown is a place like no other. Just over one hour by train from..

Following the opening of Yokohama port, hundreds of traders came into this part of Yokohama to live with the goal establish commercial routes with Japan, today Motomachi has a unique western atmosphere, with high end shops, and several historical heritage buildings such as the Yokohama Foreign General Cemetery and the British House.

Motomachi shopping street in Yokohama is a slightly winding road, which invites you to walk slowly and take in the windows of the..

Attractions that are further afield

Points of interest from the Osanbashi terminal (within 1 hour train or car ride): This is a list of famous spots around Yokohama, which can be accessed from the port and require between 4-8 hours:

Former capital of Japan in the 12th C. a.C., in Kamakura you can admire the largest bronze Buddha statue in Japan, and some historical Buddhist temples and Shinto shrines. Kamakura can be accessed by train (JR Yokosuka line, 30 minutes) from Yokohama or by car (45 minutes approximately).

is your gateway to the iconic Mount Fuji, in this area you can also visit the Fuji’s five lakes and the Hakone ropeway, this area can be easily accessed from Yokohama by train (JR Tokaido line plus Hakone Tozan Railway (90minutes) or by car (approximately 70 minutes drive).

Note: Yokohama has recently welcomed a new cruise ship terminal, the Daikoku terminal, opened in April 2019 and will open the Shinko terminal in November 2019. These two new terminals are located in the same area of Osanbashi Pier, but will operate as secondary supporting piers to Osanbashi's main port.

This will enable the port to accommodate seven ships at the same time and make the port the largest cruise facility in Japan.

How to move around Minato Mirai

A free shuttle bus runs continuously from the terminal to Sakuragicho station on 'cruise ship in port' days, and the loop bus Akai Kutsu also stops at Osanbashi. This latter option is ideal as a way to sightsee with minimal walking involved.

How to get to Yokohama/Tokyo from Osanbashi

Nihon-Odori is the closest station (600 m), from where you can catch a Minato-Mirai metro line train to Yokohama station, or directly to Tokyo. After departing Yokohama, the same train service continues along the Tokyu-Toyoko Line towards Tokyo.

Alternatively, you can get to Tokyo from the blue Yokohama Municipal Subway, the train will be the same but the line name will change into JR Kehin Toyoko Line

How to get to Haneda airport from Osanbashi

Haneda is the closest international airport and can be accessed using the Keikyu Line Airport Express (23 minutes) or by bus from the YCAT terminal from Yokohama main station (30 minutes).

How to get to Narita airport from Osanbashi

Narita International Airport is located east of Tokyo, connected via the Narita Express service on a 90 minute journey which departs from Yokohama station every 30 minutes. Alternatively, limousine buses also depart from Yokohama and take a similar amount of time.

Find out more about Osanbashi Pier. 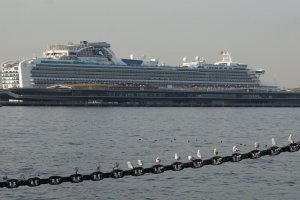 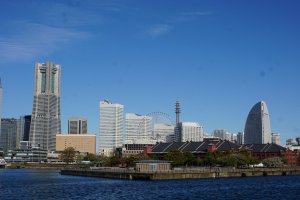 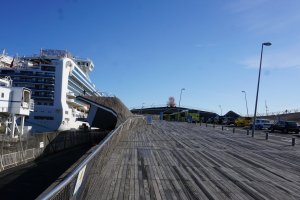 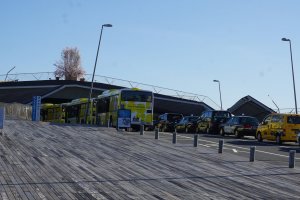 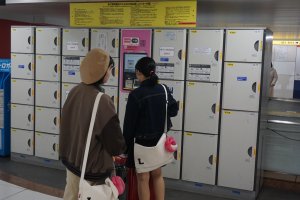 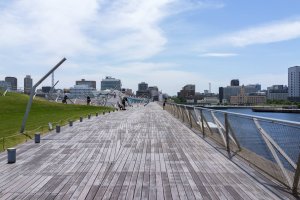 Luca De Pasquale Author 2 years ago
Thank you for your kind words Kim, I am very happy to hear that my guide can be helpful for visitors to Japan.
Reply Show all 0 replies

Kim 2 years ago
Very helpful guide! Took a cruise from Japan a few years ago that departed from there. It's useful for other travelers to know what there is to see/do nearby and the logistical side of things.
Reply Show all 0 replies
2 comments in total
Back to Contents