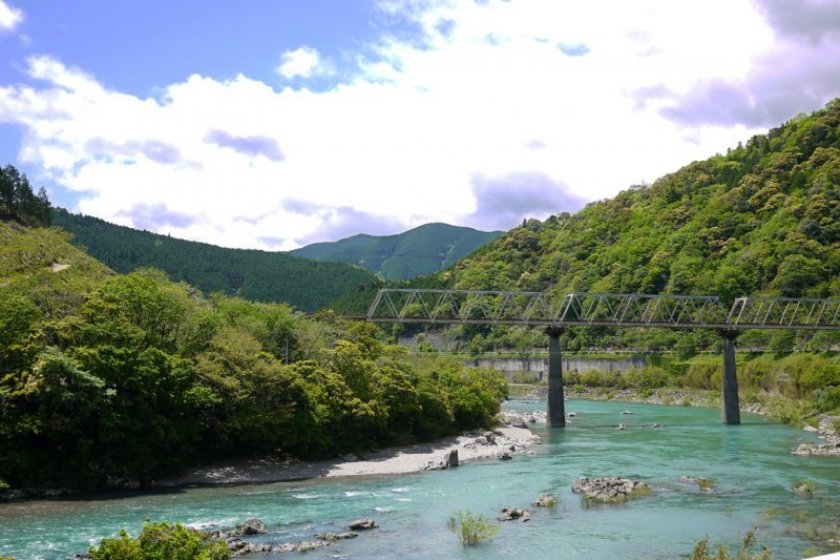 "The last clear stream of Japan"

A river is often referred to as a place, but long rivers - although they can be placed on maps - are really better thought of in the plural, as places. They are even better described as many ways of life.

The Shimanto River, in western Kochi Prefecture, is a very special river. Even its name, in kanji characters, is easy to read and difficult to comprehend. The characters read, "forty thousand and ten." There are many supposed "reasons" for its cryptic name, but it is long and expansive. Roughly 200 kilometers in total length, its watershed is more than 2000 sq. kilometers.

What makes the river most famous, though, is that it is the longest river in Japan without dams or, for the most part, any concrete walls. This makes the river extremely important among environmental conservationists, but there are numerous other benefits as well.

One of the reasons that dams have not been "necessary" on the river is because it has many "chinkabashi" a special type of bridge, one that has no railings and sinks with the water level so that it doesn't wash away when the river floods. Japan, as a nation that is extremely mountainous and has substantial rain and snow, is very susceptible to flooding. This has been exploited heavily by politicians, bureaucrats, and construction companies, putting dams and concrete wall on nearly every major river throughout the nation. Chinkabashi make these intrusive methods unnecessary. There are 47 such bridges on the Shimanto River and its tributaries.

Another of the beneficiaries of the natural abundance of the river is a group of environmentalists who lead canoeing tours there. Most of their river tours are from 3-5 days, but they do occasionally organize custom tours. Called the Shimanto Juku Canoe, the group considers their tours to be primarily a learning experience. On our Kokoro-no-Kintsugi journey, we are not planning to spend 4-5 days canoeing, but are planning to spend a day on the river, canoeing between 10-20 kilometers on it.

The traditional fishing and production of nori (edible seaweed) is also a source of fascination. I am a huge fan of seaweed of various kinds and am extremely interested in the nori production on the river. Since it is known that nori often contains high levels of toxic metals, including arsenic and cadmium, eating large quantities every day is usually discouraged. I am interested in seeing whether the lack of development on the Shimanto River might result in reduced levels of such contamination.

This leads me to say, for the first time, that I am planning to take a Safecast bGeigie Nano on our journey. The bGeigie nano is a mobile, GPS enabled, logging, radiation sensor. It is designed for mounting on the outside of a car window but can be used on bicycles, trains, planes, and other modes of transportation. With this, we intend to send throughout our journey radiation and air contaminant readings to SAFECAST, an international, volunteer-centered organization devoted to open citizen science for the environment launched after the March 11, 2011 earthquake/tsunami which struck Japan and the subsequent meltdown of the Fukushima Daiichi Nuclear Power Plant. We plan to use the bGeigie on logging mode, sending a reading every 5 seconds to the Safecast server.

The purpose of doing these things is not to show that we are certain that "nature" is better than "cities," or that Shikoku is safer than Tohoku. We would like, in the future, to do something similar to explore and discover and showcase all of the greatness in Tohoku, too. But by measuring and providing the data openly, people who are interested in research can compare and contrast between areas and over time, analyse and correlate the data into useful information, and create knowledge that can guide us towards better ways of building communities and providing for energy needs. By measuring and providing the data openly, even a cycling trip can be an asset for humanity!

These are some of the wonders we plan to find on "the last clear stream of Japan." 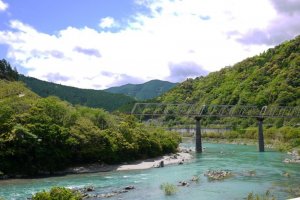 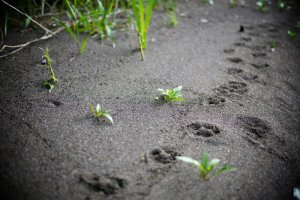 Elena Lisina a year ago
Beautiful photos and places! I've never visited that part of Japan yet.
Reply Show all 0 replies

Elizabeth S a year ago
People in Shikoku take a lot of pride in the river. It’s one of Japan’s treasures.
Reply Show all 0 replies

Kim a year ago
It really does look incredibly picturesque!
Reply Show all 0 replies

Sébastien Duval a year ago
The Shimanto river looks gorgeous! I want to spend a few days/weeks there too :)
Reply Show all 0 replies
4 comments in total