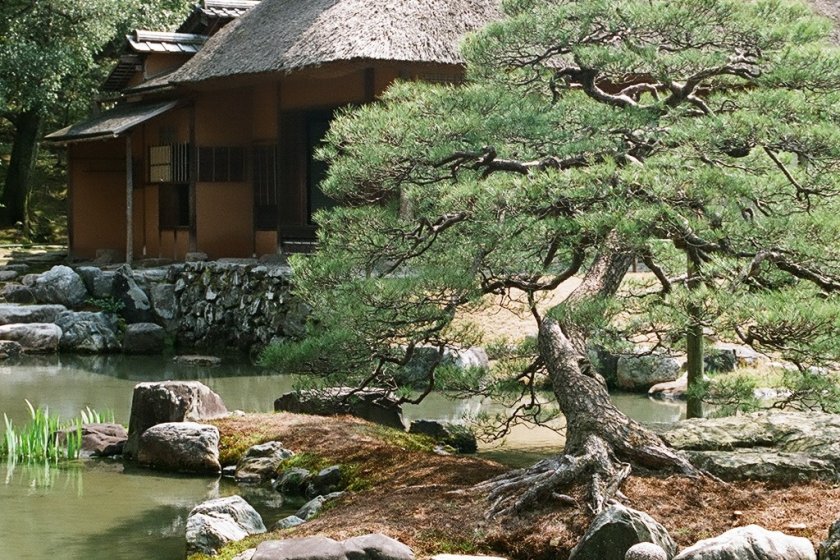 Jewel of a Japanese Landscaped Garden

One of Japan's best landscaped gardens is hidden behind the closed-off walls of Katsura Imperial Villa.

Katsura Imperial Villa in the southwest of Kyoto is definitely the star amongst all Imperial Villas in Kyoto. Its garden is known to be one of the best landscaped gardens in Japan.

Like with all the other Imperial villas and gardens, you need a permit from the Imperial Household Agency in order to be allowed in. Getting this permit is not difficult but you need to apply for it in advance. Best of all, there is no entrance fee!

Katsura Imperial Villa and Garden have all the credentials to fully satisfy your appetite for strolling through a traditional landscaped garden tastefully arranged around the shores of a lake and enjoy its several tea pavilions, such as Shoka-tei, Shokin-tei and Shoi-ken, set in different locations of the garden.

The main buildings in the complex are called Shoin buildings. They have a hipped and gabled roof and their shingles actually consist of cypress bark. There are four of them - Ko-shoin, Chu-shoin, Gakki-no-ma and Shin-goten, and they are neatly arranged on a east-west axis.

Built by Imperial Prince Toshihito and expanded and completed by his son Prince Toshitada in the middle of the 17thcentury, Katsura Imperial Villa has not suffered from fire or other destruction. Hence, we are privileged to see more or less the original, which is a feast for the eyes.

The 60 min guided tour does not seem to do the place justice. One wishes to stay longer, even a whole afternoon, and maybe sit down on the terrace of one of the tea pavilions to read a book or just take in the scenery. There is a serene beauty all around that does not deserve to be rushed through but well, I suppose we are already privileged for being allowed in at all!

At every turn of the garden path, winding its way around a lovely lake, the panoramic scenery is changing and surprising the visitor with unexpected views. Amazingly perfect beauty is all around. It seems that attention was paid to every little detail in the garden’s design and nothing was left to chance.

This might sounds like a cliche straight out of an advert but the simple elegance of the pavilions radiates timeless beauty, a beauty that even the celebrated modern and trendy buildings will find hard to live up to.

Did you know that there was such a thing as formal, semi-formal and informal stepping stones? Called shin, gyo and so in Japanese, they make for a nice contrast in the Katsura Imperial Villa's garden, but I am not sure whether guests actually had to be careful to step on the right stones for the occasion of their visit. What if a guest approached on the informal stepping stones when in fact it was a formal visit? Would this have cost his or her neck??

Visitors nowadays don't have to worry about loosing their head when walking through this garden though. It really does invite for a stroll and to linger here and there and wallow in nostalgic thoughts of Japan’s feudal past. The only minus is that you are on a guided tour and the strict guards will not allow you to stay for too long at any given spot but they will usher you along the path never mind what stones you are stepping on!

Free leaflets in English and a detailed guidebook in English, costing a few hundred yen, are available.

For more information, and to book a permit for access to Katsura Imperial Villa and Garden, please visit the website of the Imperial Househould Agency: 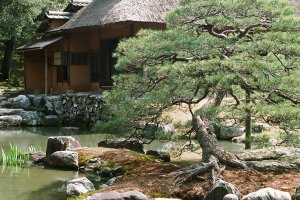 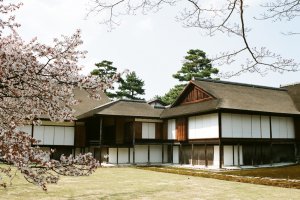 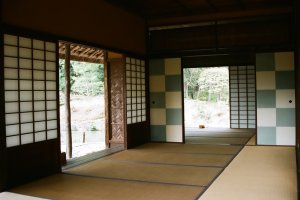 Relinda Puspita 7 years ago
too bad no chance to see this place before leaving Kyoto :(
Reply Show all 0 replies

Laura Weaver 7 years ago
Looks like a beautiful place. This is a very informative article that really makes me want to visit. Thanks for sharing!
Reply Show all 0 replies
2 comments in total