Tsunami remembrance and protection with a wall of green

On 13 March 2015, Japan's Emperor Akihito and Empress Michiko made a rare trip to Sendai for the opening ceremony of the UN World Conference on Disaster Risk Reduction. They made a brief stop to Millennium Hope Hills (千年希望の丘) beside Sendai Airport in Iwanuma City to present flowers at a special memorial in a very unique type of park. Millennium Hope Hills is difficult to describe because it is so many things at once. A leisurely stroll in a park quickly turns into a memorial for the victims of the tsunami triggered by the Great East Japan Earthquake. Read some of the informative signs, and now you are being schooled in nature conservation and disaster risk reduction.

It wasn't long after the tsunami hit that the resilient Tohoku people started to think about reconstruction efforts. While the politically-influenced trend to build towering cement sea walls up and down the entire coastline commences, Millennium Hope Hills stands proud as a growing oasis of green in a desolate world of gray. The gentle rolling hills are manmade using rubble from the tsunami aftermath cleanup. On top of that, there are thousands of baby trees planted by the Tohoku Life-Saving Green Embankment Promotion Council across the whole coast. There have been three planting festivals with the next event scheduled for spring 2016. A popular temple in adjacent Sendai, Rinno-ji Temple, is spearheading the massive green movement. Much more than beautification, in 20 years the forest will be at a size and strength where it could slow down a tsunami by breaking up its energy. A weakened tsunami destroys fewer buildings and the slower speed could provide a few extra precious moments to escape. Furthermore, if people or buildings and large debris are being sucked back into the ocean, the trees provide a last chance physical safety net to catch them.

In the center of the park is a wide open area with a cenotaph, complete with a bell to ring as a gesture of prayer. Two plaques flank either side of the monument with written names of some of those who perished. While the best way to see the tsunami affected areas around Sendai is to drive a car, you can still see some damage purposefully left behind at the park. These include some building foundations and a sewer manhole a meter above the ground, suggesting the wave washed away a meter of topsoil. Information panels about the aftermath of the tsunami and the park's construction, some in basic English, can also be found onsite.

The park can be easily accessed by public transportation. From JR Sendai Station, take the Sendai Airport Access Line 25 minutes to the airport (650 yen). Then walk a few minutes towards the ocean. The park hugs the coastline and stretches a great distance. 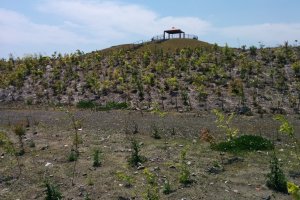 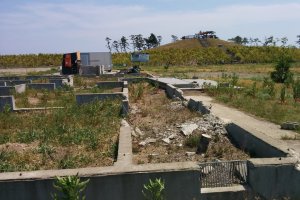 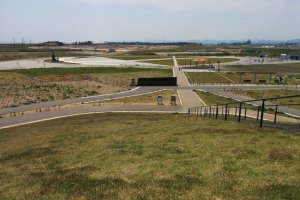 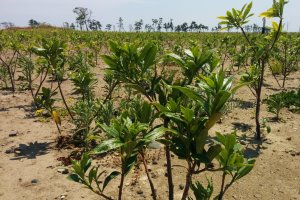 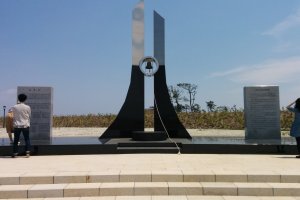 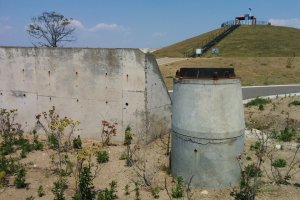 Jessica A Paje 5 years ago
Great read. This would be first on my list if I ever get the chance to visit. During my last trip to Chiba City, in the nature filled Satoyama area, the farmers pointed out an area that they have maintained, dedicated to growing 20-30k trees and other plants to help rebuild the areas affected by the 3/11 earthquake & tsunami. It's a 10 year project led by Labor Union of JR EAST.
Reply Show all 1 replies

Justin Velgus Author 5 years ago
It is great to see green initiatives. Even concrete will weaken or crumble after many decades, though forests can live on and on. Using nature to protect against nature.
Reply
2 comments in total