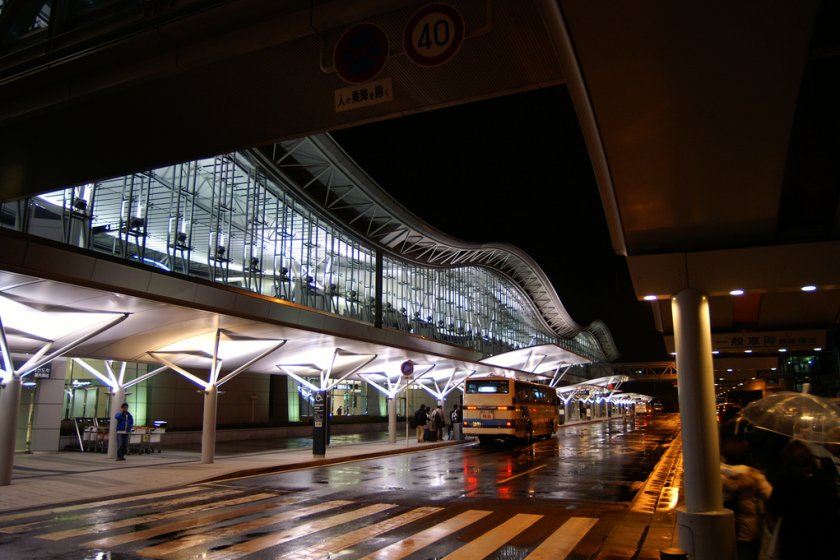 Everything to do with Flying and Sendai in one spot

Have you ever fantasised about sinking into a business class seat? Or landing a 747 jumbo jet? Well, at the Sendai Airport Aviation Museum, you can do just that. I first had a go at taking off on the aircraft simulator, and after a few goes, finally got the courage to go full throttle and let the plane fly. I was too worried about the imaginary passengers! Next was trying to land. That’s when you realise how realistic it is. The throttles, wing flaps and stabilisers are so sensitive, it was almost impossible to get the plane level for landing. Well, at least the first three times when I tried it.

If all that hands on flying is tying your stomach into a knot, relax on the JAL business class seats on display, or browse the history of aviation in Sendai from DC3s to the latest Airbus 330. But don’t browse for too long, you might get in trouble with your wife/mother/partner who just queued for 10 minutes to get the best seat at the Gyutan-yaki restaurant. Sendai is famous for its freshly grilled beef tongue, and people come from all over Japan and around the world to taste its tender and slightly smokey taste, perfect lightly seasoned with salt, pepper and lemon juice. Why not accompany your beef the Sendai way, which is to have it with oxtail soup and barley rice.

After you had your fill, have a look around the other shops and cafes in this compact, clean and neat airport. Besides the crazy queues at the Gyutan-yaki restaurant at lunchtime, shopping here is a relaxed and stress-free exercise. You can fill your bags with other Sendai specialties, from Zunda- mochi sweets to traditional Kokeshi dolls. And if you have an overseas issued ATM card and need some money, head over to the Seven Eleven or Japan Post ATM and get cashed up for your trip.

As the biggest international and domestic airport in Tohoku, Sendai offers good connections to China, Korea, Guam and Taiwan.

Within Japan, All Nippon Airways flies to Tokyo-Narita, Osaka-Itami, Fukuoka, Hiroshima, Komatsu, Okinawa and Nagoya-Centrair for connections to flights inside and outside Japan. Japan Airlines takes you to Osaka, Fukuoka and Sapporo.

Please note that as some ANA flights are operated by affiliated companies, you should double check whether your flights are eligible for earning miles and status credits. For example, the IBEX operated flights from Narita can earn points with Singapore Airlines (Krisflyer), but not Air Canada (Aeroplan). Of course if you are still in doubt, why not use your miles for your Sendai flight instead of buying one. Depending on your program you could fly in and out from anywhere in North East Asia for 15 to 20,000 miles return. Not bad to visit this compact, green city famous for fantastic seafood and a great youth culture, courtesy of the many universities and colleges that call Sendai home.

For links with Asia, Asiana Airlines flies to Seoul-Incheon, while Air China flies to Shanghai, Beijing and Dalian, and EVA flies to Taipei. Then there is United Airlines going to Guam. Most international routes are thrice weekly, while domestic flights are usually daily to thrice daily.

On the ground, getting to and from the Airport itself is easy. There is a limousine bus service between the airport and JR Sendai railway station. There is also a dedicated airport railway station taking you to the City in less than 30 minutes. Two stops from the airport is the new Morisekinoshita Station, next to one of the Tohoku area’s largest shopping centers, Aeon Mall at Natori City. Jusco, Mitsukoshi, and many more stores await you. I can’t think of too many airports with so much retail therapy nearby, except for Kansai Airport/ Rinku Town outlets.

Morisekinoshita is just 12 minutes from Sendai Airport station, at 300 yen per trip. It is 630 yen to go all the way into JR Sendai. 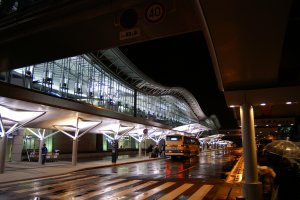 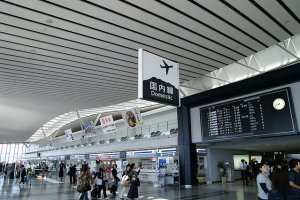 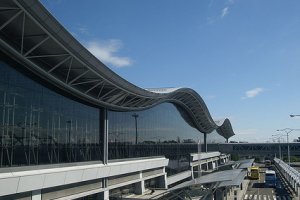