An enjoyable stay in the middle of Sendai

Choosing a hotel in Sendai was both easy and difficult: the biggest city north of Tokyo (in Japan, that is), it has an abundance of options, for every taste and budget. Past good experiences have left me well disposed toward the Dormy Inn chain, and of the three locations in Sendai, the Annex seemed marginally the best.

Check-in was efficient and friendly, and my key came with a little leaflet giving information in English and some discount coupons for nearby restaurants. From the guest rooms to the staff uniforms and the lounge by reception, the aesthetic is understated and soothing, with deep earthtones and plentiful plants throughout. Dotted around there are vending machines, laundry facilities, and lockers to store your luggage after checkout.

My room was noticeably more spacious than at your standard business hotel, plain but sleek, with the usual little fridge and TV. Useful, helpful points were the large number of hangers, and the sink and mirror being outside the shower, so much easier to use. Final note: I've stayed at a lot of hotels in my time, including a five star palace of the senses in Doha, but I've never had better towels than Dormy Inn's heavy-duty extra fluffy beasts.

One feature I always enjoy at a Dormy Inn is the public onsen bathroom, and here was no exception. There's a satisfyingly steamy sauna, complete with a cold bath if you're hardy enough to do it in authentic Finnish style; after that you can go al fresco in the outdoor bath, or stay out of the elements in the indoor one.

They do also like to look after the guests with free goodies. There's Wi-Fi throughout, coffee around the clock, probiotic drinks in the morning, popsicles from afternoon to night and, if you get the munchies late on, ramen from 9:30pm to 11:00pm. You won't go hungry here.

There aren't many sights nearby, but it's just a quick walk to the AER Building, with its 31st-floor viewing platform, or to the Koyo Grand Hotel, where I was welcomed to walk round the lobby, a surreal overflowing treasure-trove of classical statuary. What you do have is the wealth of shopping, dining and nightlife options that a big city provides, from covered arcades to high-end department stores, alleys of tiny bars to fancy restaurants where the prices are as eye-watering as the food is mouth-watering.

There's a range of room types: singles come in economy or standard varieties, doubles in standard or deluxe, and there are a handful of twins too. Prices will vary with season, but you can probably expect to pay JPY4000-5000 a head per night. 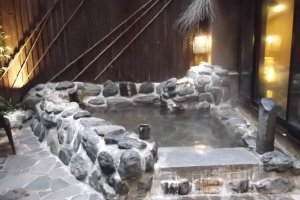 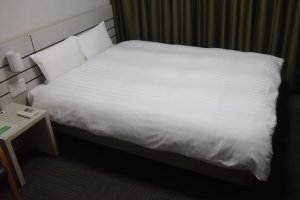 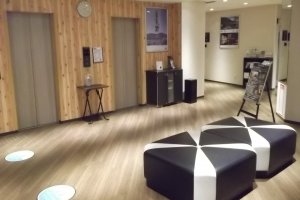 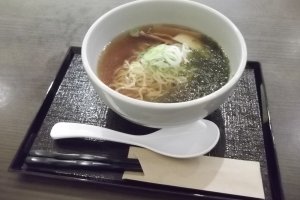 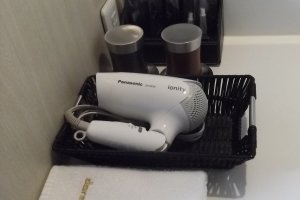 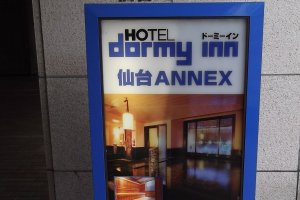 Elizabeth S 3 months ago
This looks like good value with the onsen baths. Ramen on the house, that's a new one for me.
Reply Show all 0 replies

Bonson Lam 3 months ago
Dormy Inn is known for its natural looking outdoor onsens, this is no exception. https://en.japantravel.com/kyoto/dormy-inn-premium-kyoto/7327
Reply Show all 0 replies

Kim 3 months ago
The room definitely does look more spacious than most!
Reply Show all 0 replies

Elena Lisina 3 months ago
I always try to find a hotel with hot baths - it's nice to relax!
Reply Show all 0 replies
5 comments in total