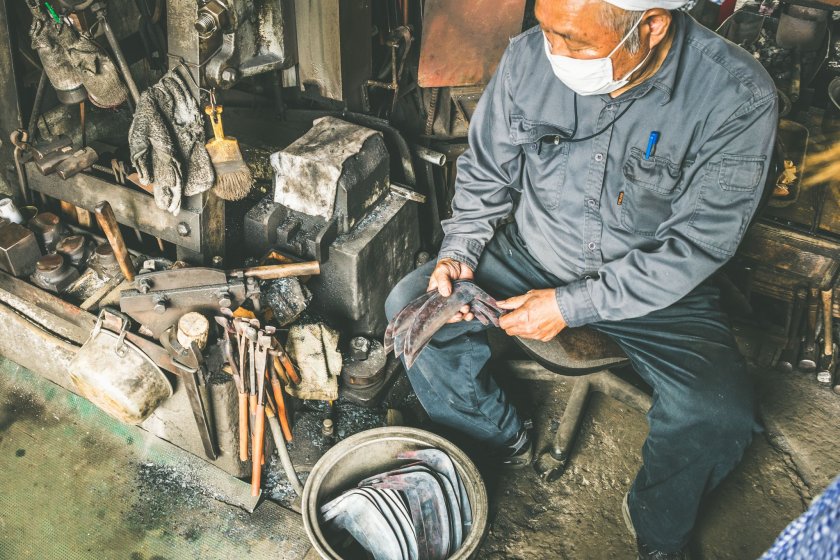 The oft-cited dichotomies of Japan: East and West, old and new, archaic and contemporary. In the “new” camp sit things many visitors to Japan anticipate - Bullet trains and vending machines, robot restaurants and the lights of Akihabara. The “old” camp houses handfuls of what foreigners often approach with perplexity and occasionally deride - Paper money, business cards, hanko seals and so on. It’s a legitimate bafflement. In which other countries could I have started a business during 2019 and need to buy a fax machine in order to communicate effectively with suppliers? Surely not the same with toilets boasting such an intimidating array of features!

Why then, does Japan hold on to those things a visitor may see as antiquated? Ryan Gander’s The Idea of Japan points to the nation’s firm grip on the tangible. Physical money over digital, a character on a screen over simple text. Interested readers would be well served to check out the aforementioned documentary as Gander’s grasp on the subject, explorations and explanations are far more eloquent than mine.

This seems to result in certain aspects of this country’s artistry transcending those of other places in ways that can only be described as “Japanese”. In addition, if some of the “old” ways may not be considered essential in 2021, there are many which are absolutely worthy of protection.

May one such art never change; that of a kajiya, or Japanese blade maker. Recently, I went to Shinanomachi in Nagano Prefecture to visit a Shinshu Uchihamono artisan. Hatayama-san has been honing his craft for five whole decades using machines he built himself. The stained-black ceilings of his workshop, enduring machinery and greasy rags offer just enough nostalgia to stop me from pondering the effect this kind of work must have on a man’s health.

I was lucky to have been offered a private viewing of Hatayama-san’s workplace. During non-Covid times, he offers tours (in Japanese) of his workshop, enthusiastically talking about his creations and how specific methods are used for different desired outcomes.

Hatayama-san sometimes makes knives but at the time of my visit, as summer gets fully underway, he’s busy forging kama, a traditional Japanese farming implement similar to a sickle used for reaping crops. Kama are also used as weapons and an essential part of some segments of martial arts training. Here though, in a most authentically rural Japanese setting as Shinanomachi, the blade maker’s products are currently being sought for the formerly mentioned purpose.

Shinanomachi sits along what was the Hokkoku Kaido and is now Route 18, linking Karuizawa in Nagano Prefecture and Myoko and Joetsu in Niigata Prefecture. Then, as now, the route is often used to visit one of Japan’s most important pilgrimage sites, Zenkō-ji, in Nagano city.

When we talk of history and the external forces which create a scene, it’s no surprise to learn that war is responsible for the Shinshu Uchihamono craftsmen of Shinanomachi. During the warring period around 450 years ago, sword-smiths would retreat to Shinanomachi from the Echigo Province (modern-day Niigata Prefecture minus Sado Island) to repair weapons and armor used in the war.

Over the coming centuries, locals adapted and incrementally bettered what they had learnt from those who came before them to establish a reputation fit to follow generations. Aiding this, materials could be imported relatively cheaply via Naoetsu port (in Joetsu) and the opening of railway lines helped expand sales opportunities to all parts of Japan.

There are, of course, other areas of Japan famous for their blades, and many are sought after all over the world for their quality. Check out Kappabashi street in Tokyo for reference. But in Shinanomachi, there are but a handful of Shinshu Uchihamono craftsmen still using the traditional techniques.

As for this blade maker and his craft, I guess you know you’re doing something right if you’ve been at it for fifty years and still in business! Hatayama-san tells me his son has chosen the life of a salaryman and so five decades of knowledge is in danger of not being passed on. This is a sobering finger pointed at modernity and the desire for younger generations to follow the lights of the city. Who can blame them?

Does this spell a slow death for that “old and new” dichotomy, with traditional crafts and knowledge being eaten up by the modern? In the case of Hatayama-san and other Shinshu Uchihamono artisans, I certainly hope not.

For a while now, many of the most popular YouTube videos in Japan are created by those enjoying the great outdoors, Tokyoites vicariously seeking the mirage of fresh mountain air. Also, the past year has seen more people move out of Tokyo than those moving into the city in quite a while, the Covid-19 situation forcing terms like “workation” upon the vernacular. Will this enable a revival in rural areas and the traditional aspects of Japanese culture which can only exist in such places? I hope so. Maybe the cloud cast by the coronavirus has a silver lining not yet realized.

Shinanomachi's Furuma Station (a few hundred meters from Hatayama-san's workshop) is a 45 to 50-minute train ride from Nagano Station on the Shinano Tetsudo Kita-Shinano Line towards Myoko Kogen.

By car, it should take 25-30 minutes from Nagano, 45 minutes along Route 18 from Joetsu and about 2 hours drive from Niigata city.

Owner of Myoko House lodge and gyoza/sake bar in the powder snow heaven of Myoko Kogen, Niigata Prefecture, I'm keen on writing and photographing not just the Myoko area, but Japan as a whole, and look forward to an endless journey of discovery in Japan. Beyond the winter sports industry, I'm particularly interested in learning all there is to know about sake. 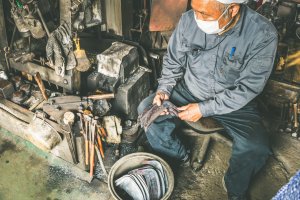 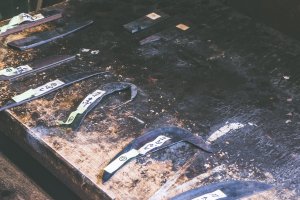 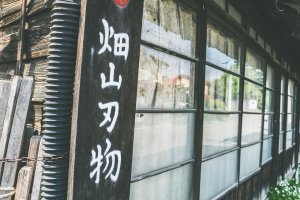 Bonson Lam 3 months ago
This is certainly a thought provoking article. I went to a knife making class in Sakai last year, the crafts people here are humble and dedicated, I can learn a lot from them. https://en.japantravel.com/osaka/sakai-knife-in-the-making/26726. Yes it is definitely a challenge to see the next generation take up these venerable crafts, though I agree that with more people moving to the country, there could be opportunities for revival in an unexpected way.

Elizabeth S 3 months ago
There are some young people out there who are willing to carry on tradition. A quiet and serious high school girl I know works in a forge on her holidays with her swordsmith uncle.
Reply Show all 1 replies

Kim 3 months ago
Definitely hope the artisan culture in Japan isn't something that gets lost. Great article!
Reply Show all 1 replies

Nathan Eden Author 3 months ago
Thanks for reading, Kim.
Reply

Lynda Hogan 3 months ago
Thank you so much for sharing this. This is definitely somewhere I would like to visit in the future. Some food for thought in your ponderings too!
Reply Show all 1 replies

Nathan Eden Author 3 months ago
I appreciate you taking the time to read and share your thoughts. Thanks Lynda.
Reply
7 comments in total