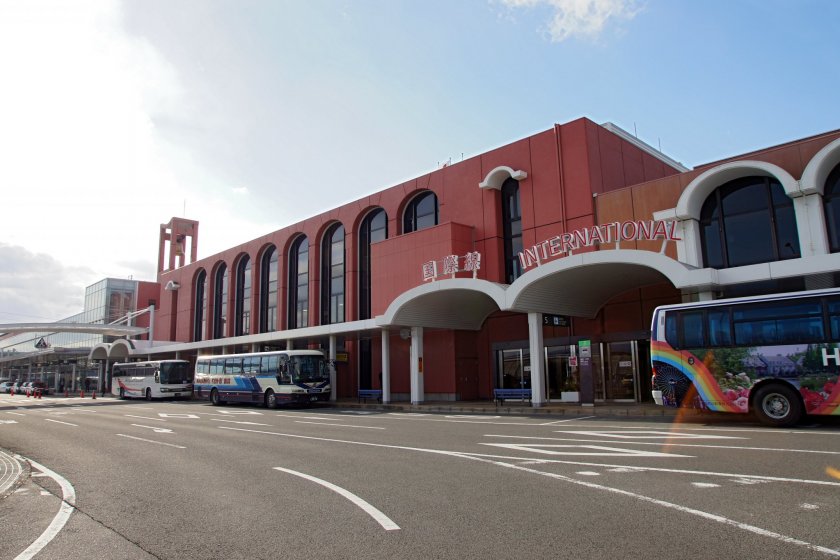 Nagasaki Airport provides convenient access to this historical port city, with both domestic and international routes operating through the venue. On the domestic front, there are flights available to and from Tokyo (Haneda and Narita), Osaka (Itami and Kansai), Kobe, Nagoya, Naha, and the smaller Nagasaki-based airports on Fukue, Iki, and Tsushima Islands. As for the international offerings, there are routes to Hong Kong via HK Express, and Shanghai via China Eastern Airlines.

The airport here is spread out over three floors. The first floor is home to check-ins and arrivals, the second floor is where you'll find most of the eating and retail options alongside the departures area, and the third floor has an observation area where you can watch planes arrive and depart. For parents traveling with young children, the second and third floors also contain play areas for the little ones - there are even Anpanman and One Piece themed rides for them to enjoy.

The eating options include a sushi restaurant, a branch of Starbucks, and the aptly-named Airport Restaurant, which serves up a range of local Nagasaki dishes, as well as Chinese and Western inspired offerings. English language menus are available at the restaurants, making the ordering process exceptionally straightforward.

As for the retail stores, those too sell a range of local favorites you can enjoy at home, including castella cake and Nagasaki champon (a popular noodle dish). You'll also find stores selling local pottery, particularly from Hasami, one of Japan's most revered pottery towns.

For those traveling by train, the airport is approximately ten minutes by taxi from Omura Station, served by the JR Omura Line.

If you're driving to the airport, plentiful parking is available. It's free for the first 30 minutes, up to 300 yen for two hours. From there, parking is charged hourly at 150 yen up to a maximum of 800 yen per day. 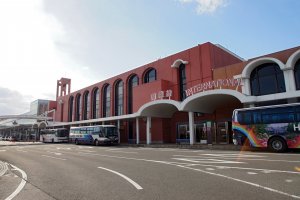 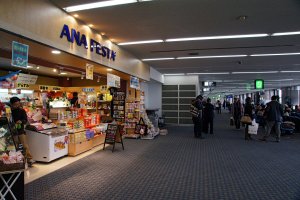 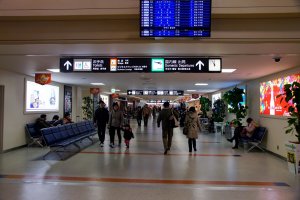 Sleiman Azizi a year ago
Nice little airport. I remember our visit to Nagasaki through here and the bus from the airport to the city featured free wifi. Was most impressed.
Reply Show all 2 replies

Kim Author a year ago
Oh yes! I remember that too! The bus ride was longer than some spots to get to the downtown area of the city, but when you have things like free wifi it definitely makes the time speed by. Nice addition, for sure.
Reply

Sleiman Azizi a year ago
The thing is, the ride to the city in no way detracts from just how good Nagasaki is to visit.
Reply

Bonson Lam a year ago
Even though it is a bit far from the city, this is a great way to hop your way around Japan on a plane. My friends took a flight from Nagasaki to Okinawa, so some good domestic options as well. Also a good option compared with a long journey on the train from Tokyo via Hakata.
Reply Show all 1 replies

Kim Author a year ago
Yes, we took the bus when we arrived to get to the city, it did take a while! However it was a city I always wanted to visit and it was the easiest and quickest way to get there from Tokyo. Hope to get back to Kyushu some day!
Reply
5 comments in total