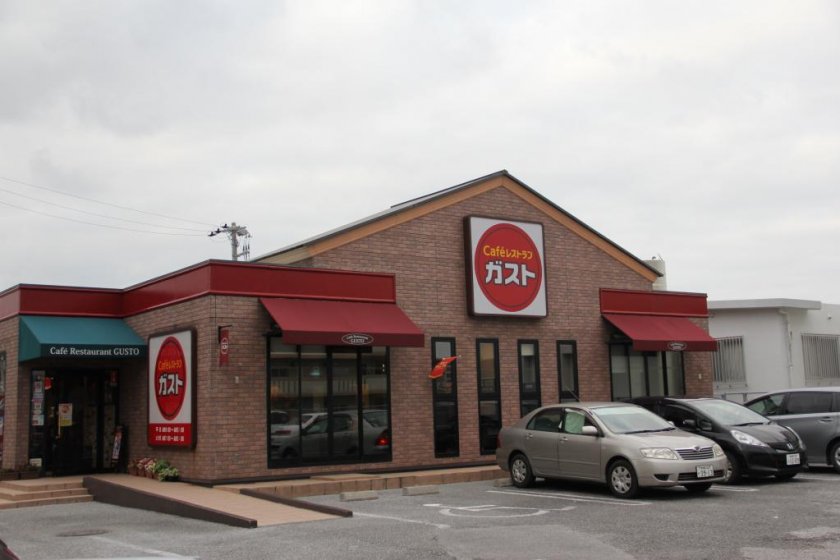 This Okinawa City Location is open until 5 a.m. each day

It had been a few years and three children since we had dined at the eatery I refer to as Skylark Restaurant but my wife insists is really named Gusto Restaurant. Choosing this family restaurant recently on a rainy afternoon I gleefully presented my argument on the actual name of our destination. As it turned out quite a bit has changed at Gusto. The words “Café Restaurant” had replaced “Skylark” on the sign while the Japanese kana word “Gusto” remained.

Café Restaurant Gusto is one of the largest nationwide chain restaurants in Japan. The Okinawa City location we visited retained its well laid out and nicely decorated dining room. This location is decades old but still appears to be newly constructed. Under the Skylark Gusto moniker the offerings heavily leaned toward Japanese fish, noodle, tempura, and sushi offerings with a few beef, hamburger and chicken alternatives. Now known as just Gusto the menu predominately offers beef, hamburger and chicken dishes adapted to Japanese tastes.

Our family of five was seated by the hostess within a couple minutes of our arrival in an area marked as a smoking section which concerned us. We were relieved to find out that was actually not allowed, but that they hadn’t removed the signs yet.

Our five year old son chose the children’s hamburger plate which included fried potatoes, corn soup, edamame, steam rice and gelatin served on an Anpanman plate. Our three year old son chose the curry rice plate which came with fried chicken, fried potatoes, edamame and gelatin also served on an Anpanman plate. Our newborn selected bottled milk from home. My wife chose a hamburger dish garnished and smothered with radish, sprouts, pumpkin squash, mushrooms, and what looked like shredded endive served with rice. I chose the hamburger dish with Italian marinara topping and sided with potatoes as well as a medley of vegetables served with rice.

While waiting for our food to arrive we escorted the kids to the soup and beverage bar to keep them busy fetching our water, juice and soup. Like most every beverage buffet I have seen in Japan the cups, spoons bowls, sauces, cream, sugar, syrups and stirrers were well stocked, faced and organized. The kids really enjoyed going back and forth to get drinks; this activity really helped to fill the time between ordering and the arrival of our food.

Our children quickly ate all of their food save a bit of the rice. Each child received a little coin included with their meal for a special vending machine at the front that gives them a small toy. The toys and a few more escorted trips to the drink bar kept them from getting bored or rambunctious.

My wife was really pleased with the amount of sprouts and radish under and on top of her hamburger, and kept commenting about how good the pumpkin squash was. She suddenly uttered that her cheeks were going to fall off. This really confused me. In Japan, she explained, that is an expression used to describe a meal that is so delicious that their cheeks might actually fall off due to the eagerness and joy of consuming it.

My Italian marinara covered hamburger that I ordered was a bit sweet to taste but otherwise seasoned to my taste. I didn’t exactly think that my cheeks would fall off but it was very satisfying to see my wife content, the kids behaving, and everyone full.

Café Restaurant Gusto is a wonderfully safe selection for those desiring more Western familiar dishes, a family restaurant, or just a restaurant this is open really, really late. Most of the dishes are priced between 499 yen to 999 yen for adults, and 399 yen to 499 yen for children. Bottomless soup, rice and beverages can add about 150 yen to 300 yen per person. We topped off our meal by sharing a scoop of ice cream. Our bill for four meals came out to 3,300 yen.

There are hundreds of locations by the same name or other similar Skylark Group owned restaurants throughout Japan and nearly a dozen in Okinawa alone. Look for the distinctive red sign with “Café Restaurant” in English followed by “Gusto” in Kana. The Awase location is open 09:00 ~ 05:00 on weekdays and 07:00 ~ 05:00 on weekends.

I'm a wanderer in Okinawa turning over every stone I can find. I write, photograph and blog about my favorite finds here in Japan's southernmost prefecture. 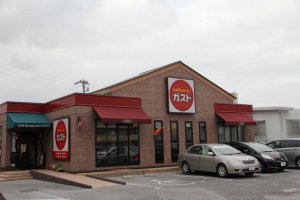 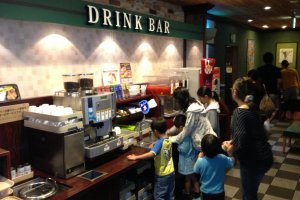 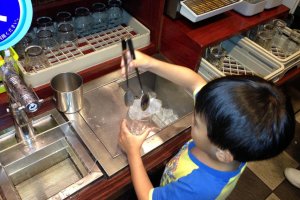 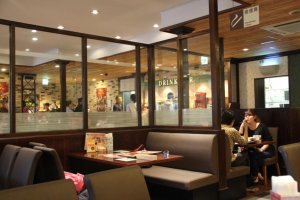 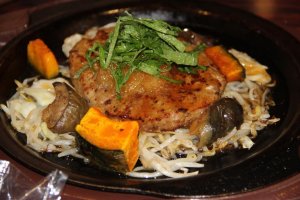 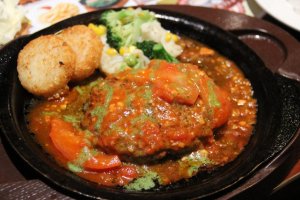 Thanks for the vote of approval. Its been pointed out by a friend that I only seem to review Hamburger and Steak eateries and pizza places. I'm guilty as charged at least so far.

Kathryn Spoor 9 years ago
Cafe Restaurant Gusto is one of my favorite places to enjoy a great meal. It's also a great place for those who aren't necessarily ready to dive head first into some of the more traditional Japanese cuisine options.
Reply Show all 0 replies
2 comments in total