The ancient art of coral dyeing at Shuri Ryusen

There was a man in the Shuri Court who was obsessed with Bingata. He thought about it when he woke up, and when he went to bed. It was the colours and patterns that symbolised the joy of the Ryukyu Islands. However, it was more than that. It was a celebration of God's creation. He may not know everything, but he knew enough to celebrate the beauty that he experienced. For the words creation and creativity were one in his hands, as he tries to transform the beauty of nature on his cloth canvas. Like many courtiers, his name was silent, but his works live on, through envoys who took his art across the oceans.

When we immerse ourselves in nature, it can be all encompassing. The Shuri courtiers were immersed in the beauty of the skies and the seas, wanting so much to immortalise it in the patterns of Bingata, it became part of their being.

In keeping with Japanese philosophy, many arts are intimately connected with nature. Ikebana and bonsai are an expression of the artists admiration of the universe around them. The idea of Yugen attempts to define these mysterious moments in which, while observing the universe, our feelings reach the depths of our innermost being. Not only can you feel Yugen in the outdoors, but you can also awaken it through the arts.

The practice of Bingata, refined over centuries, takes years to master. These artisans, in the course of making the stencils of flora and fauna, observe very deeply for days, what we in our rushed lives struggle to sense in our interactions with nature. We consider ourselves blessed if we are able to breathe it in for a few minutes. Through in a Bingata dying class, as you lose yourself in dying these coral and floral motifs, you get more than a glimpse into the depth of the Ryukyu universe, a course of meditation in 50 minutes.

Yanagi once said, the artisan's hand is not their own, it is the hand of nature, expressing nature in art and craft. In these hands, millions of years of natural history is transformed and immortalised. Halfway across the world, Michel De Montaigne in 1595 looked at the heavens and cried, “Our life is composed, like the harmony of the world, of contrary things, also of different tones, sweet and harsh, sharp and flat, soft and loud”.

Today we remember the genius of artisans from the Middle Ages, whose beauty captured the hearts of those near and far on the ancient maritime silk route. Their lives and loves immortalised in the patterns of bingata.

A History of Bingata

In the 15th century, the Ryukyu Islands punched well above its size, becoming a centre of trade on the maritime silk road, linking Edo in the north, Fukien to the west, and to the south, Bengal, Java, and Siam. Traders from these ports brought with them dyes and dying techniques that became Bingata.

To showcase its cultural jewels, Bingata cloth was sent by envoys to the capitals of its larger trading partners. Characterised by impossibly bright colours and highly developed patterns, it was the pinnacle of Ryukyu sophistication. The Shuri royal court set exacting standards for bingata, with only three families given permission to produce their unique designs, passing it to future generations. In 1802, an envoy wrote of its beauty, lamenting that he could not source the secrets of its production. Dancers wearing bingata kimonos welcomed envoys from distant lands, a tradition reflected today for visitors who are welcomed at Shuri Castle.

These workshops were lost during the Battle of Okinawa, and it took Eiki Shiroma, a former artist to locate the original stencils in mainland Japan. Following the war, bingata found a new market as souvenirs, so tourists were key to its revitalisation. Today, his son is the 15th generation to be producing Bingata since it began under royal patronage.

Symbols and Colours in Bingata Design

The Omoro Sōshi is a collection of ancient poems, prayers, and songs from this Golden Age. In it, red represented the colour of the akabana or red hibiscus. It is a symbol of Okinawa, shaped in the Hana-gasa, the distinctive red flower hat Shuri court dancers wore in welcoming the ukwanshin or Chinese investiture ships.

Originally only the royal family can wear yellow, while nobles can wear pale blue. Like its objects, bingata dyes were originally sourced from nature, including Ryukyu indigo and Fukugi, a famous tree that grace the avenues of Bise.

While bingata (while literally means red style) symbolises Okinawa with its motifs of hibiscus and coral, some mainland Japanese motifs, such as cherry blossoms and pine trees were also incorporated for the export market. It is a microcosm of Ryukyu multiculturalism, using Javanese and Bengali dying techniques and Japanese motifs.

The Story of Shuri Ryusen

Shuri Ryusen's raison d'etre is to restore the glory of bingata, remembering why it was adored in the first place by neighbouring countries before it went into decline. The use of chemicals dulled its original appeal, one that we are finally rediscovering with natural dyes. It is like a light has been switched on at the gallery, a renaissance after all those years in the wilderness. As they say in the book of Corinthians, "once we can only see dimly, but now we can see face to face." Or as Yanagi said, it is like a mirror that was cleaned for the first time, the imperfections and the dullness has been taken away.

Some people may think that Bingata designs seem too basic, but they are a reflection of nature. According to Yanagi, "Nature dictates the shape and pattern a material should assume, and nothing good can be achieved by ignoring its dictates. A good artisan seeks nothing that nature does not seek. When one becomes a child of nature, one is encompassed by a natural beauty that only nature can give. The more one returns to the bosom of nature, the more intense that beauty becomes."

While the class looks easy, it is harder than you think, making it a good bonding exercise for all skill levels. You can make your own gift or souvenir for others, with the bingata prints ideal for a shirt or wrapping cloth, in the same way that Shuri Courtiers made gifts for envoys to take home.

Afterwards, watch the artisans at work and see how exquisite their ten-step process is. In the gallery upstairs, the materials for the natural dyes are displayed in jars, making this a farm to gallery experience.

The Future of Bingata

Bingata is a discourse on what art is, whether it is the expression of life or nature. It draws parallels with Mingei ideas of bamboo patterns, in that simplification is beauty.

These bingata patterns are our link to the past. We don’t know much about the lives of the Shuri Royal court in 1500, but through these art pieces, we are somehow connected to them. It is like their lives and legacies live on in these beautiful patterns, of sky and earth and everything in between.

The very tactile act of bingata dyeing, while it looks simple, is our way of connecting with history. I mean, how many people get to paint a Michelangelo? In the same way, why do the Japanese rebuild Ise Shrine every 50 years? They do this keep alive these ancient traditions. And by learning from them, we rediscover a sense of wonder, one that can take on different dimensions in time and space. Events like the Yamaru Art Festival connects the global community in a celebration of exchange, both on a human as well as artistic level.

Why do we take photos, is it for others or for ourselves? For memories for ourselves or the next generation, for those who are not there? To celebrate or commemorate? With art, it was for a greater purpose, but now we can paint whatever we like, whatever we think is beautiful. What is beauty? Van Gogh once said, "If you truly love nature, you will find beauty everywhere." We have seen how ideas of Ukiyo-e had captured the imaginations of Western European Impressionists. We are only starting to discover the joy of Bingata, and who knows the wonder in the eyes of these Eastern envoys, when they saw it in all its glory in the 1800s. 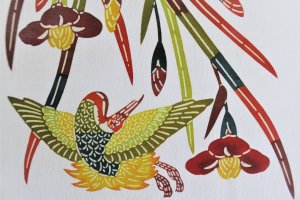 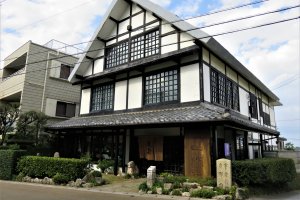 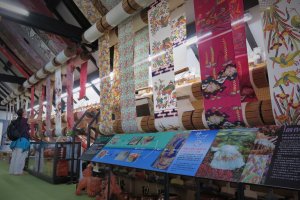 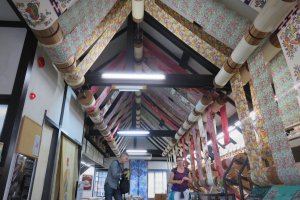 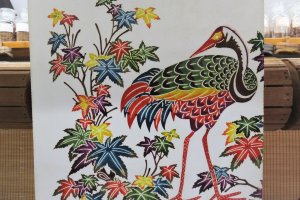 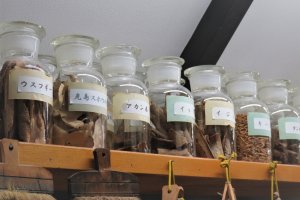 Elizabeth S 11 months ago
The exuberance of bingata really got me when I visited Naha City. It's a complex and multilayered expression in textiles of the Okinawan people.
Reply Show all 2 replies

Bonson Lam Author 11 months ago
When you look at the trees and other aspects of nature that sustain island life, it is easy to think, we know more than these trees, but they have been there, some for hundreds of years, maybe even outliving us. The artists that channelled the essence of the natural beauty of Okinawa, is their way of playing tribute to it. The colours and patterns are amazing, very much like what you said.
Reply

Elizabeth S 11 months ago
The textile patterns capture the natural landscape and the character of Okinawa's culture so well that every time I look at the textiles it takes me back to my visit!
Reply

Bonson Lam Author 11 months ago
Making bingata is a rite of passage, a sign that you are now a custodian of Okinawa culture. It is beautiful, indeed.

Sleiman Azizi 11 months ago
I'm sure the simple look of the completed work belies the complexity in creating it.
Reply Show all 2 replies

Bonson Lam Author 11 months ago
Yes, a bit like woodblock prints. Simple, but the complexity is in making the stencils, as well as deciding what to leave out.
Reply

Sleiman Azizi 11 months ago
I think that deciding what to leave out IS art...
Reply

Justin Velgus 11 months ago
The linked website includes various kinds of dying experiences for tourists in English. What a unique artwork specific to the Okinawa that you can try for yourself.
Reply Show all 1 replies

Bonson Lam Author 11 months ago
The ancient artisans dreamt of travelling the world, one that he did through his artwork. When you join a Bingata dying class and take a piece of Okinawa home, it is like these ancient artisans are travelling, their art lives on in your work in homes around the world.
Reply

Kim 11 months ago
Really informative article! I love what you said about the bingata patterns being a link to the past -- there's something very special about that.
Reply Show all 1 replies

Bonson Lam Author 11 months ago
In the hands of these artisans, millions of years of Okinawa's natural beauty is transformed and immortalised in the form of Bingata, something that we can celebrate today at the Yambaru Art Festival.
Reply
12 comments in total