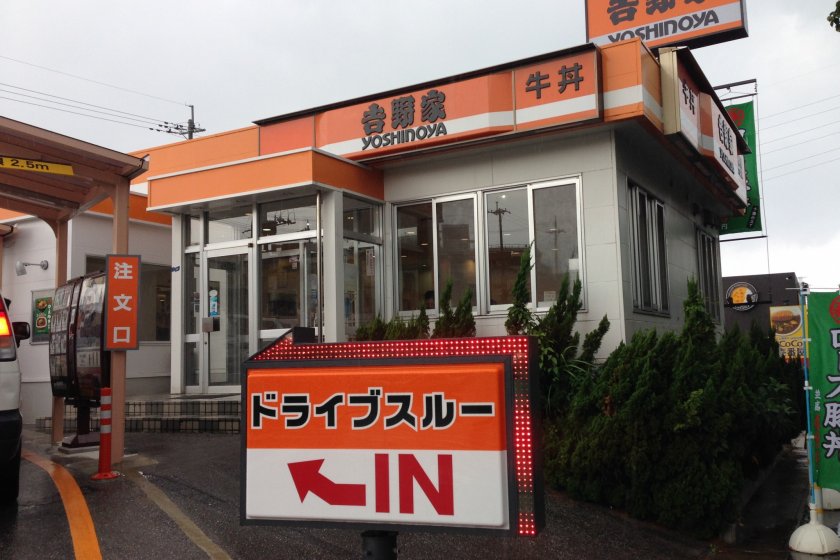 Yoshinoya is a chain of fast food Japanese donburi restaurants famous for its gyudon beef bowls with locations throughout Japan and a few international locations around the world. There are 18 restaurants in Okinawa prefecture. I recently stopped by the Uechi neighborhood location in Okinawa City to have donburi for lunch.

The first thing to know about Yoshinoya is that is serves donburi, a dish consisting of rice in a bowl with toppings on top of it. The bowl used to eat donburi out of is also called donburi, kind of like eating soup out of a soup bowl. Yoshinoya specializes in gyudon or beef donburi but pork is also available. The menu offerings are for the most part different forms on donburi and toppings or fish to go along with it. Rice curry, soups, salads, kimchi and beverages are also available.

The final thing to consider when eating at Yoshinoya is whether to get a set meal, to add toppings, or to get side dishes. My wife prefers to get set meals while I prefer to order the size of gyudon that will satisfy my appetite. All toppings, soup, salads and other side orders are priced between 50 yen to 150 yen, but are even better priced if the selection desired is already included in one of the available combination sets on the menu.

Yoshinoya’s restaurants are very clean and modern but simply decorated. The food is as delicious as any of its competitors such as Sukiya or Coco Curry, but a little bit lower in price. Meals with beverages are as low as 350 yen for regular sizes and top out at about 800 yen if ordering a combination set, side items, a few toppings and a beverage. My family and I enjoyed the free wheat tea and water. Our lunch bill for two adults and one child was only 1,200 yen.

Most of the Okinawa Yoshinoya locations are open 24 hours a day and have drive-through order windows. American dollars are accepted as well as Japanese yen. 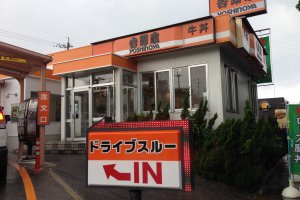 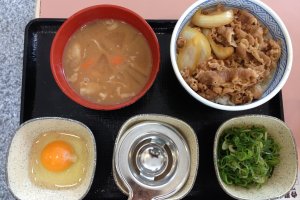 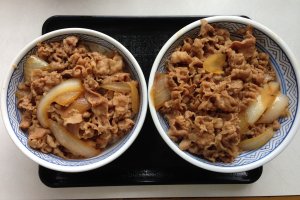 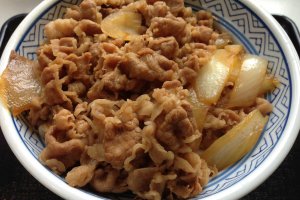 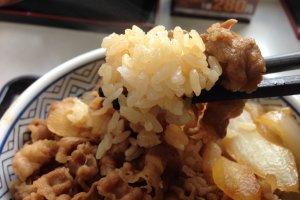 Elena Lisina 2 years ago
I like YOSHINOYA!
Reply Show all 1 replies

Kim 2 years ago
Me too! Cheap, quick, easy to find across Japan...and tasty!
Reply
2 comments in total