An art museum set within a traditional Japanese mansion

The Yoshige family was a wealthy merchant family during the Tsuwano domain, trading in a number of goods as well as starting various financial services with the Hori family from Hatagasako

Their mansion now functions as a private art museum and features a local painter, Akira Nakao's artwork which is on display. The painting exhibitions are well worth going to but for me, the building was even more interesting. This is because it is one of the only traditional mansions that is open to the public. Here you can go around the traditional tatami rooms and sit down and enjoy the views of the garden, just as wealthy aristocrats and merchants did back in the Edo period.

The building was built in first year of the Meiji Period (1868). When entering the building, the display starts with the paintings in what was the sake brewery work-space and kitchen of the Yoshige mansion. The first thing that I noticed were the enormous beams and the exposed roof structure. It is said, that even if one has the will and the financial resources to build a similar building, it is nearly impossible to find lumber of this size nowadays. The columns and cross-beams sometimes have sides of 50-60 cm wide in diameter, which means that the tree used for this had to be considerably bigger.

After stepping up onto the tatami rooms the exhibition continues with Hagi-yaki porcelain ware (a porcelain produced with a special manufacturing process that is found in neighboring Hagi town). While walking around the tatami rooms, there are many spots to enjoy the front and back garden. I was told that the garden was origionally 20 meters longer before it was sold off in the early Shouwa Period, (1926-1989).

The second floor has its must-see points too. These include the windows looking down at the front garden and two rice granaries as well as a doll collection and a rock garden. This is the first time that I have seen a rock garden in a box (this is placed inside an tokonoma elcove), and the books next to it are manuals on how to create these landscapes.

The second floor also has 2 secrets. One of these is shown in the picture: a window hidden behind one of the fusuma sliding doors. One theory is the owner of the building was able to watch over his men working from the second floor... or was it his wife, watching her husband working? Perhaps we will never know!

The other secret is connected to a hole in the amado (storm shutter). Why is this part of the second floor made into a darkroom? You can figure this out for yourself, or ask the lady at the front desk. She will be happy to show you the secret. (Ask for "にかい の あまど を みせてください" Ni kai no amado wo misete kudasai)

The Morijuku Art Museum (art gallery) is definitely somewhere I would recommended to anyone who is interested in paintings or old traditional Japanese mansions. While the exhibitions is only in Japanese, you can enjoy seeing art on canvas and witness its impressive architecture without needing to speak any Japanese.

Walk down the main road through the old town of Tsuwano and continue until you come out to a bridge, that crosses the Tsuwano River. After crossing the bridge, follow the main road where the Morijuku Art Museum will be on the right after the first curve. It takes about 15-20 minutes walk from Tsuwano Station. There is a space for parking in the white rice granary on the right of the entrance, but it is only good for 2 smaller cars. 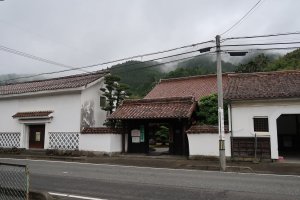 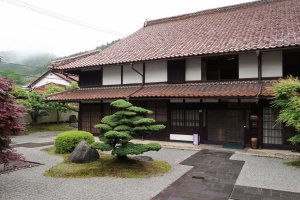 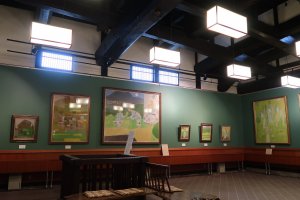 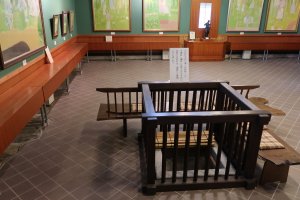 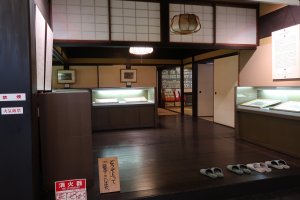 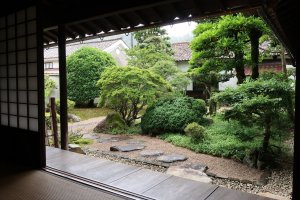 Kim 3 years ago
The gardens are stunning - looks like a fascinating and picturesque spot to visit!
Reply Show all 0 replies
1 comment in total