Or how not to do it

All trails to the summit and public facilities are closed in winter from September 11th. For the latest, check here.

So, first time in Japan. You might have a list of things you must or at least really want to do. I certainly did. And climbing the country's highest mountain was near the top. It's just such a great superlative to check off the list, more so since the conically shaped volcano was named a UNESCO World Heritage site just two months before I was planning on climbing it.

I started reading up on trails and timetables weeks in advance and thought I was well prepared. As it turns out, I could have benefited from someone's personal experience, which is what I want to share with you to—hopefully—spare you some of the mistakes I made.

Before I begin, let's look at some facts about the holy mountain.

Not being the most experienced hikers, my friend and I opted for the most popular Yoshida Trail, which features frequent mountain huts and other facilities along the path. Kawaguchiko 5th Station is easily reachable from Tokyo's Shinjuku Station. After locking our backpacks in the coin lockers, we took a direct highway bus through Tokyo and along the Subaru toll route towards the mountain.

When we reached Kawaguchiko 5th Station at around 7:30pm, the sun had already set. That didn't bother us, though. Like many other climbers, we intended to hike through the night and arrive at the summit just in time to watch the sunrise (between 4 to 5am during the official climbing season).

After stocking up on snacks and water at the station's expansive shop, we set out to conquer the mountain in complete darkness. Even though the Yoshida Trail is the most developed of the four courses, there are no lights leading the way. Headlamps are essential, and we soon had to find out the hard way that a) trying to save money by only bringing one lamp for two people and b) not stocking up on extra batteries were among the more stupid decisions we were going to make that night. While the trail is clearly marked and it would be rather difficult to lose your way during the day, things are quite different at night. Luckily, this being the most frequented trail, there were enough headlamps of other hikers glimmering in the dark, enabling us to go on when our lonely light went out. Roughly five kilometers and 1500 meters in altitude away from the summit, we were still highly motivated.

Arriving at the 8.5th station at an altitude of 3450 meters, this had changed. Not only had the temperature dropped significantly and we were shivering from the cold (and our failure to bring proper winter clothes), we had both begun to suffer from early symptoms of altitude sickness: headache, nausea, dizziness, ringing in the ears, numbness of hands and feet. Contrary to our belief, altitude sickness turned out to be independent from physical fitness and can set in at altitudes as low as 2500 meters. The sensible decision would probably have been turning back, but we were stubbornly unwilling to sacrifice reaching the summit after coming all this way. And we forced ourselves to keep going, step by step, letting ourselves being carried up the remaining meters by the hundreds of little lights wriggling up the mountain like a beautifully illuminated snake.

The closer we got to the top, the more crowded it got. Sometimes we even had to stand in line, waiting for our turn to pass through narrow passages, before eventually reaching the summit an hour before sunrise. Which sounds a lot more romantic than it actually was, as the mountain's top is completely developed for climbers, offering everything from noodle shops to vending machines. As more people were arriving, we took shelter in one of the noodle shops to splurge on a bowl of very expensive, but wonderfully hot ramen. Taking our place among the hundreds of other people who had made it to the top in time, we waited for what we came for: burning skies and the most beautiful sunrise of our lives. It had taken us 6.5 hours of painful hiking through the darkness to get here, but suddenly, it was all worth it.

After the sun had taken its place in the sky and we had recovered some of our dignity as human beings, we descended the Gotemba Trail. We had been incredibly lucky as far as the weather was concerned, as it had been a beautiful starry night and was going to be a clear, sunny day. We had chosen the Gotemba Trail because of its unique feature, the Osunabashiri or "great sand run", a straight path covered in loose gravel. Taking big leaps on what felt like the surface of the moon, we would have run down the mountain squealing like children on a trampoline. Would have, because another rather poorly made decision caught up with my friend. Not being used to or interested in hiking ever again, she thought it to be wasteful to invest in decent hiking boots. As it turns out, climbing a volcano with cheap shoes you bought last minute is an even worse idea than saving on headlamps and batteries, as her boots slowly disintegrated into nothingness. When we reached Gotemba 5th Station, there was just enough left of them to get back to Shinjuku before they bit the dust – literally, and quite dramatically.

We know how lucky we were to have made it to the top and back safely after our embarrassingly poor planning. The lessons we took from our experience are quite clear: 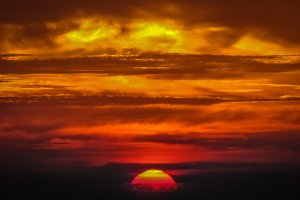 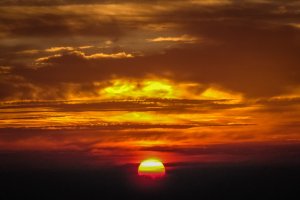 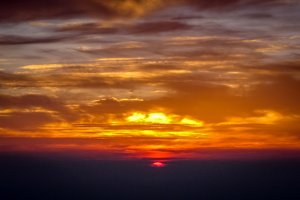 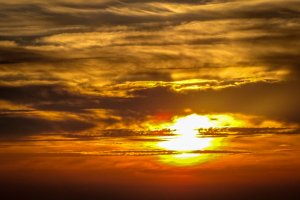 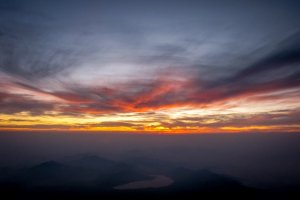 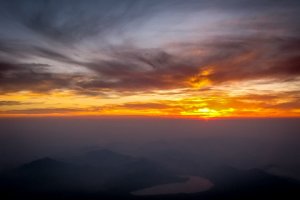 Kim a year ago
Helpful guide! Still on my bucket list, so the advice is useful.
Reply Show all 0 replies

Anne Lauenroth Author 4 years ago
Thank you, Amanda. I think if I climb again one day, I'd probably like doing it during the day, even through the sunrise was so magical.
Reply

Odilia Sindy Okinawati 4 years ago
Fuji is the symbol of Japan. I am not a good hiker but wanna give a try to climb it whenever I comeback to visit Japan later. Thanks for share the equipments which should I bring so I have keep in mind on that. Since I am not a pro in mountain climbing .
Reply Show all 1 replies

Anne Lauenroth Author 4 years ago
I think it's very possible to climb Fuji without much experience if you bring the right basic equipment and take enough breaks on the way.
Reply

Jerome Lee 5 years ago
Wow, what great pictures! Hopefully I will get to climb it this year heh
Reply Show all 1 replies

Anne Lauenroth Author 5 years ago
Thank you, Jerome. I hope you will!
Reply
14 comments in total