So, you're thinking about where to stay in Tokyo. Sure, Shibuya and Shinjuku look cool - they're right in the middle of everything!

The main downsides to these areas are that they're:

But thanks to Japan's amazing public transport systems, it's super easy to make the short commute to the centre of town every day rather than having to actually STAY there. What's more, staying in a more low-key neighbourhood lets you soak up the everyday Japanese life missed by so many travellers.

A neighbourhood in the Sumida area, Ryogoku is 22 minutes from Shinjuku-Nishiguchi station on the Toei Oedo Line (although this feels much shorter for some reason). Here, you're in the middle of Sumo Japan, with the Ryogoku Kokugikan (sumo arena) an important landmark in the area, as well as the massively popular Edo-Tokyo Museum, my personal favourite pick of Tokyo's museums.

In this neighbourhood, you're also a short walk from:

I was lucky enough to stay in this area for around a week in mid-March (end of Winter and start of Spring in Tokyo). I stayed at the excellent Anne Hostel Yokozuna, voted the best hostel in Tokyo in 2016 and only a 4-minute walk from Ryogoku metro station.

Most days I'd get up and head to a local bakery (pan-ya in Japanese) and munch on some delicious Melon Bread and sip coffee before heading out to a nearby attraction such as the fantastic Jimbocho (the second-hand book capital of Japan, if not the world) or even Asakusa. Other days I'd walk along the river and admire the free public art displays on show.

Finding great food to eat in Ryogoku is never a difficult task. In fact, the only challenge is choosing from the wide variety of amazing things on offer! Tsukemen (noodles dipped in broth), tempura, Indian curry... you're spoilt for choice! Best of all, everything is right near the station, so you can easily catch up with friends and go grab a drink.

If you can, try to visit this area. It's a laid-back and fun area to be in without being too busy, but there's certainly enough to keep you entertained. Plus, you're not too far from all of Tokyo's famous sights and sounds!

In the last few years, I've travelled more than some people do in a lifetime. I've covered four continents, ten countries and more kilometres of train travel than I thought mentally endurable. Japan for me is a home away from home. It's the land I yearn for, and it calls to me from across the ocean.  In 2017-2018, I'm living, studying and working in Japan! 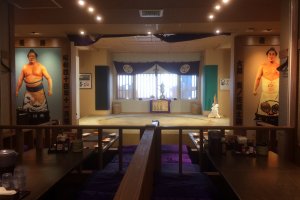 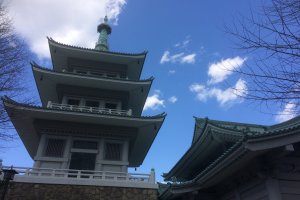 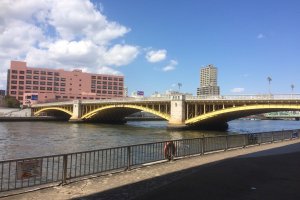 Elena Lisina 2 years ago
I like this district of Tokyo, too!
Reply Show all 0 replies