July fireworks in the centre of Tokyo

Summer in Japan is famous for its many fireworks. Some of them are the highlights of festivals, but many are just separate events called ‘hanabi’. During my recent one-week stay I caught the grand firework festival in Tokyo - Sumidagawa Hanabi.

There is so much work involved in preparing for this 90 minute event that it is held irrespective of the weather. This year Sumidagawa Hanabi was held on July 27, Saturday. Busy since early morning, I hadn't any plans regarding where to watch from. The Sumidagawa embankment on both sides of the river is rather narrow and I could imagine how crowded it might be for such a popular event. I'd say that the best spots might actually be on the roofs of houses but there is no way to get there. Watching from Tokyo Skytree was out of the question as I had no time to arrange so in the end, I decided just to follow the people heading there…

I arrived at Skytree Station and followed a group of young people dressed in yukata, but they walked too fast for me. Then I saw many people walking on the actual streets (streets were closed for any transport) and sitting on rugs and mats in the middle of the road. There were people of all ages - young and old, all together!

When the fireworks started, I found a place on a corner and tried to take some photos but honestly, I found the joyful reactions of everyone around me more enjoyable. It was really touching to see such a unity and sense of tradition. Later, when I walked towards Skytree tower I saw many groups of people who had arranged tables with food and drinks by their homes, enjoying hanabi with friends and family. I thought it was amazing to share such a festive time in that manner, and though I didn’t see the entirety of the actual fireworks, I felt that what I had witnessed was more precious and important, especially when it came to learning about Japanese people.

I decided to return to my hotel early to avoid the crowds heading home but alas, found myself squished and squeezed by the masses of people at Asakusa Station! 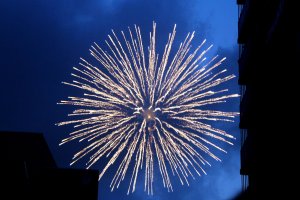 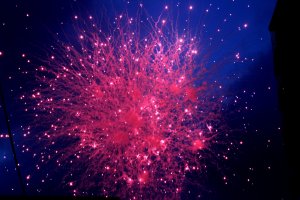 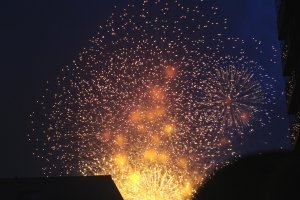 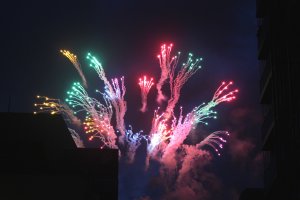 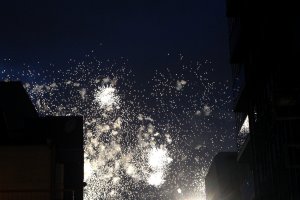 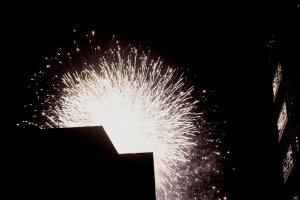