Fun in the manga kingdom and sand dunes

Mention Tottori and not many foreign travellers have heard of it. Being the least populous prefecture in Japan, it is a lovely place to be if you want to escape from the crowds. Apart from tour groups, I only saw a handful of foreign tourists on their own during my four days there. When I mention that my four days in Tottori were not enough, my Japanese friends would not believe it. “What do you have to do in Tottori?” were the usual responses.

If you like the long-running manga and anime series Detective Conan series, Tottori is definitely a must-visit place. I started with a short 1.5 hour flight from Tokyo. ANA operates five flights daily from Haneda Airport. The excitement was evident once Tottori Sand Dunes Conan Airport came into sight as I spotted Conan's name on the airport building. Immediately upon alighting the plane, pictures of Conan and friends lined the aero-bridge. I took more than an hour to explore everything else the small airport had to offer.

Dinner was a surprising adventure. I'm sure many would have heard of the popular conveyor belt sushi chain Kura Sushi, whereby every five plates ordered would entitle you to one game on the gachapon machine (vending machine-dispensed capsule toys). In Tottori's outlet, what were in the gachapon machines were Detective Conan's memorabilia, which was different from the usual ones around the country.

Day two was reserved for more Conan adventures. Almost the entire day was spent taking the Conan train to Conan Town, Conan Street, and a manga museum dedicated to his creator, Gosho Aoyama. Late evening, I managed to squeeze in a visit to Hakuto Beach, which is the setting of the myth Inaba no Shiro Usagi ("The white rabbit of Inaba").

On the third day, I finally visited what Tottori is known for, the one and only sand dunes in Japan. Spanning 16 kilometers from east to west and 2 kilometers from north to south, the dunes are huge! Here you can ride a camel, go sand boarding, and paraglide. Remove your shoes and feel the soft smooth sand under your feet. Next up was Uradome Coast, a half an hour bus ride away. Cliffs, tunnels, caves, sea walls, are formed after decades of marine erosion. A sightseeing boat runs along the coast from spring to summer.

Day four was mainly around central Tottori, with a visit to a crab aquarium and the local market, where fresh seafood can be found. I visited the biggest lake in Tottori, Lake Koyama. It was so big such that I only covered half of it on foot after two hours of non-stop walking. To end of, I revisited Kura Sushi for dinner to have more fun at the gachapon machines.

Four days is definitely not enough. I still had Mount Daisen (the highest mountain in the region), Hanakairo Flower Park (one of the largest flower parks in Japan), Amedaki Falls (one of Japan's top 100 waterfalls), Tottori Castle Ruins and the Sand Dunes Museum, yet to be visited, and these are only sights in east Tottori. There is still the western side with Gegege no Kitaro, another popular manga series. I will definitely be back. 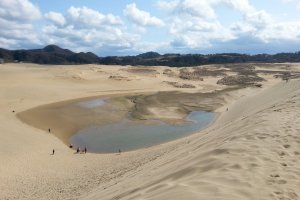 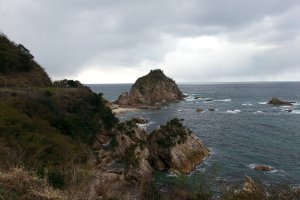 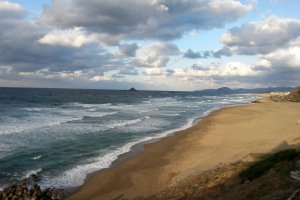 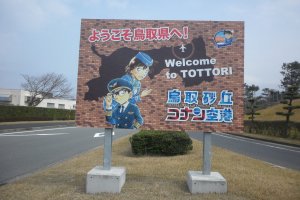 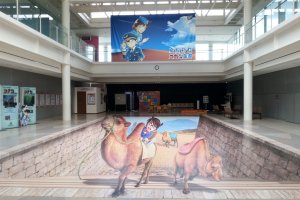 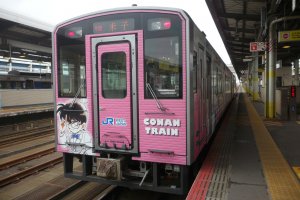 Michael Ng 3 years ago
Looks really peaceful in the pictures, I'll have to put this on my wish list
Reply Show all 1 replies

Amanda Ho Author 3 years ago
Yes, it's not crowded like the big cities.
Reply
2 comments in total