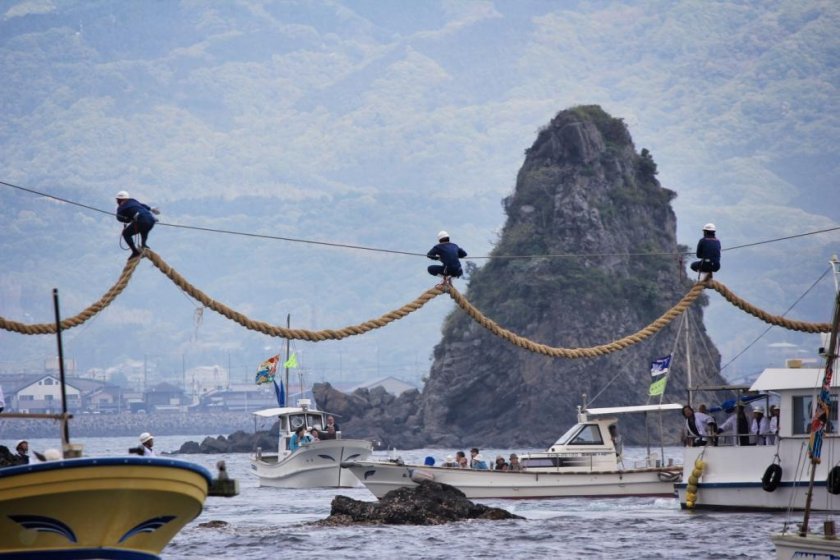 Hojo is the northernmost part of Matsuyama. Once a separate municipality with the rank of ‘city’, it merged with Matsuyama in 2005, but it still retains much of its character as a separate place. This is unavoidable, because between Matsuyama and Hojo, the mountains run down to the sea, and Hojo is only accessible by a narrow coast road, a railway, and more recently, a tunnel.

Hojo lies at the foot of Mt. Takanawa, whose foothills reach to the sea on either side of the one-time municipality. Between these two protective arms, the land rises gently from a long, straight seashore with sandy beaches. The wind from the Inland Sea blows particularly strongly here in some seasons, which explains the other name for the area — Kazahaya or “fast wind”.

These conditions gave rise to seagoing military clans, the suigun, which came to dominate the Seto Inland Sea through a combination of piracy, and later protection rackets with some navigational help thrown in. In time, they became the de facto government of their region. The Kono clan which ruled Hojo eventually moved to Matsuyama, establishing Yuzuki Castle in what later became Dogo Park.

There’s lots to see and do in Hojo. All year round, the beaches make a pleasant getaway. Asanami Beach, Monchichi Kaigan Beach, and Fuwari Kaigan Beach each have their charms. Kashima Island just off the coast of Hojo also has several beaches. In addition it has a restaurant, café and a free campsite. Near Kashima is the onsen Seapa Makoto, which is unusual for its naturally salty water. Seapa also has reasonable accommodation. Another place to stay is the Hojo Suigun Youth Hostel.

There are many places to eat in Hojo. You might like to try anything you find along Route 179, but my recommendations are Curcova for curry, Ajikobo Hanahenro Restaurant at the Fuwari Road Station for Japanese, and Uloncha for Chinese. Hojo is also home to two excellent sake breweries, Yuki Suzume and Sakura Uzumaki, both of which have small shops.

If you’re interested in history, the Hojo Hometown Pavilion has a small but interesting selection of archaeological artifacts. These include some of the weapons and ceramics found in the many kofun burial chambers that dot Hojo. Three of these tombs can still be visited and you can even go inside two of them (at your own risk). The suigun were patrons of Buddhism, and every temple in Hojo has its Buddhist statuary. The largest wooden Buddhist statue in Ehime is housed in a small temple here.

Besides hikes up Mt. Takanawa, there are several smaller mountains that can be climbed in an hour or so. There are stunning views from the top. Eryo-san, Koshi-ore-yama, and Ongoyama and Mengoyama are all easy but rewarding climbs.

Hojo is the venue for a number of exciting festivals. In spring, there’s the Kashima Festival, in summer the Kazahaya fireworks festival and in autumn, the Hojo Harvest Festival.

This area is hardly on the tourism radar at all, but if you want a glimpse of some of the living traditions of rural Japan, this is a good place to look. 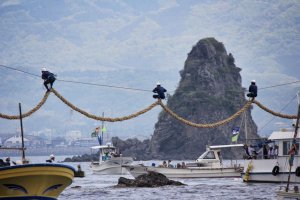 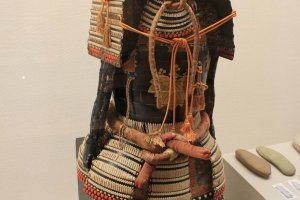