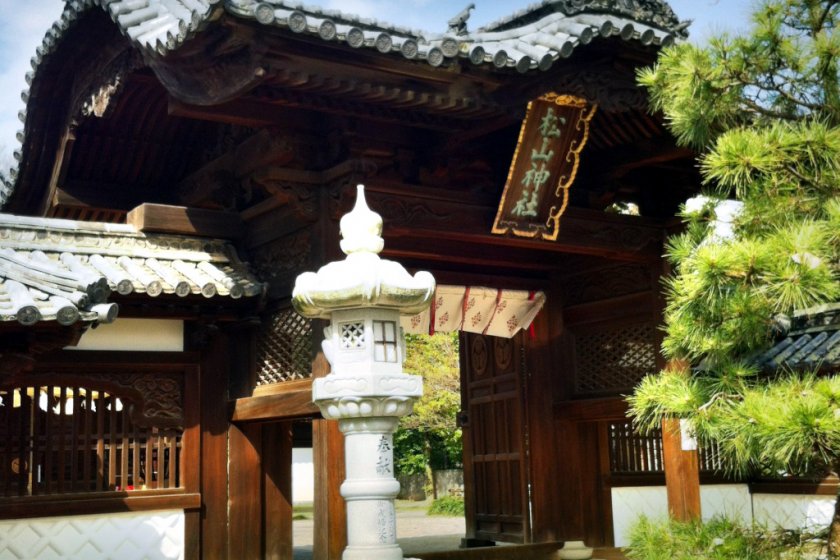 See the mark of the Tokugawa shoguns and tremble

The gateway to Matsuyama Shrine

The area of Dogo sits in a bowl surrounded by hills and although most visitors satisfy themselves with visiting the places in the center of this bowl—Dogo Onsen Honkan, Dogo station and arcade—there are interesting things to be seen if you venture into the hilly parts too. To the northwest of Dogo is Matsuyama Shrine, standing on a small hill at the end of a long, narrow road through a residential district.

At the end of this road, you can see a flight of stone steps leading temptingly up the hill, although the shrine itself is concealed by trees. If you follow the steps up, you pass under a rather unusual torii gate of bare wood. The trees on either side of the path include camellias which flower all year round, as well as cherry trees which blossom in spring. I went in March, and the canopy of trees included some vivid pink cherry blossom. At intervals up the slope are stones inscribed with haiku poems.

The shrine building itself is quite small, although it’s surrounded by a wall with thick plaster work and a fine gate. The current shrine building dates from 1865, and the wood carving on the doors and walls of the shrine is very elegant and in excellent condition considering its age. Matsuyama’s feudal rulers originally hailed from today’s Aichi Prefecture where the Tokugawa shogunate originated, and they were close relatives of the Tokugawas. The symbol carved on the shrine doors is the mon or heraldic device of the Tokugawas, representing three hollyhock leaves inside a circle.

If you peer through the trees at the perimeter of the shrine compound you can see Matsuyama Castle on its hill, with the city spread out around it. In the near distance is Mt. Miyuki. Although Matsuyama Shrine is located on the outskirts of Matsuyama, it has the feeling of a shrine located on some knoll in the countryside. This captures the essence of Matsuyama—a hilly city with a basically rural atmosphere.

Once you’ve made the effort to visit Matsuyama Shrine, you should also see Joshin-ji temple which is to be found just down the hill and round the corner from the shrine. The beautiful mausoleum of the first lord of Matsuyama is located here. 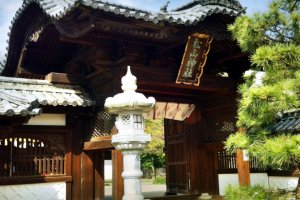 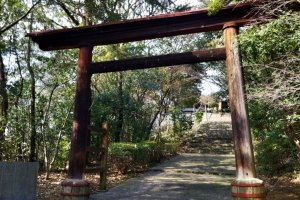 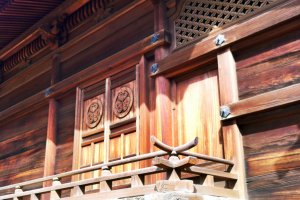