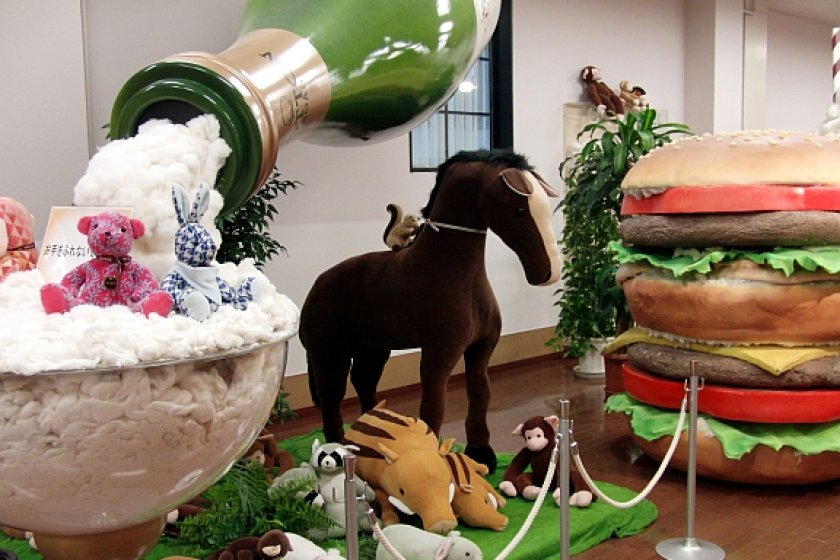 Don't forget these are towels

There probably aren’t many towel museums around the world, so if you want to visit one before you die, you had better come to Imabari, Ehime. Here there’s a towel museum of unparalleled size and splendor. The reason for having a towel museum is that Imabari has a long history of producing towels, but competition overseas has meant that ‘just towels’ are a difficult sell. Ehime is responding by bringing a new design sensibility and quality with the aim of differentiating its towel products. So the museum represents something of a challenge to the rest of the towel-producing world.

The Towel Museum Ichihiro sits in the mountains outside the city of Imabari. It’s a very imposing building in an architectural style that can best be described as “modern Japanese château”. When you get inside, you quickly realize that the familiar words “towel’ and “museum” have been interpreted very broadly. In fact, it’s more “textiles” and “shop” if we’re to be quite frank, with a section that could be called a museum at a pinch.

There are actually three floors of shops selling everything from towels, to clothing, with a large area dedicated to a French tea shop and another to the produce of Ehime. The presentation of the towels and other products is very attractive, and for those who are just looking, there’s almost enough here to merit the name “museum”. If you’re looking for something to take home, you’ll find plenty of options.

The museum part or “gallery” costs 800 yen for adults. In an immensely long room there’s an exhibit that shows the towel-making process from start to finish, from raw cotton, through spinning, and weaving on an automatic loom. Doubling back, there’s another long room, this one with a 40-meter long towel on one side, and some dioramas made of toweling on the other side. Kids will probably enjoy these. Other rooms feature a wall of 1,800 large spools of thread, and various artworks made of towels, or woven in toweling.

The Scandinavian Moomin is much in evidence since the museum has a license agreement with that particular character. It’s fair to say that Moomin and towels are an agreeable and fitting combination.

Towel Museum Ichihiro also has a garden with some nice displays of citrus trees, and a restaurant with reasonably-priced family fare. 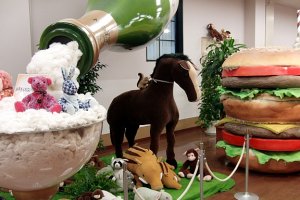 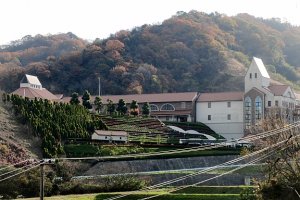 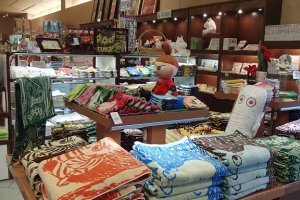 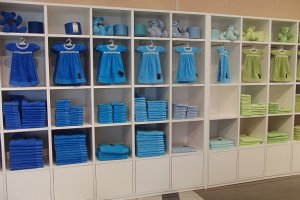 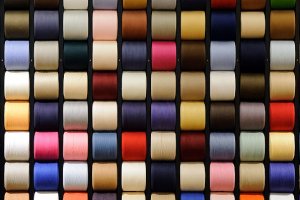 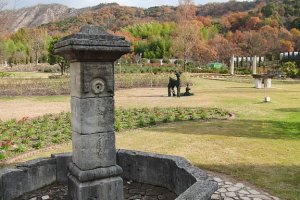 JapanTravel Guest Author 9 years ago
The small towel combos that look like a delicious Swiss roll would definitely be a very 'tasty' addition to the bag of the style-conscious onsen-goer. The museum offers them in a number of flavors.
Reply Show all 0 replies

Ash 9 years ago
My gosh. A towel museum is so off the wall, but I collect onsen towels, so I'd actually find something like this really interesting!
Reply Show all 0 replies
2 comments in total