A Kengo Kuma Tour of Tokyo

An architecturally-inspired view of Japan's capital

Kengo Kuma is one of Japan's most well-known architects, and he has designed buildings both here and abroad. In Tokyo alone there are a host of Kuma-designed spots to enjoy, each of which have their own unique charm and appeal. If you're interested in architecture or simply appreciate great design, here are 5 of Kuma's works across the city worth exploring.

Sunny Hills in Minami-Aoyama was completed back in 2013, and it actually houses a pineapple cake shop. As the store is located in a residential street, part of the thought process behind Kuma's design was to give the building a softness that wouldn't be present with a concrete structure. The precarious-looking stacks of wooden beams are in fact very secure, and they follow a Japanese design principle of Jigoku-gumi (地獄組) where the beams are interlocked.

Aside from being aesthetically pleasing in and of itself, the Asakusa Tourism and Culture Center is an incredibly helpful resource for travelers to Japan. The venue has a helpdesk with information in Japanese, English, Chinese, and Korean, currency exchange facilities, free WiFi, public restrooms, nursing rooms for parents, and even an observation deck on the 8th floor that gives off some great views of the surrounding area. The building's wooden accents in their unique stacked style are immediately eye-catching, and the structure manages to feel modern while channeling the Japan of times gone by.

The Japan National Stadium is located in Shinjuku, and was officially unveiled in December of 2019. The multi-purpose venue will be home to the opening and closing ceremonies of the Tokyo 2020 Olympics (now being held in the summer of 2021), and for track and field events. While the stadium was designed by Kuma, this wasn't always going to be the case — the bid was originally won by another architect, until those plans were scrapped due to rising costs. Part of Kuma's design strategy for the stadium was to have it blend in with the surrounding nature, since the stadium is right by the Meiji Jingu outer garden and close to Shinjuku Gyoen.

The Suntory Museum of Art is another of Kuma's Tokyo-based designs, and it attempts to incorporate what's housed inside the building on the outside. The exterior consists of white ceramic panels which were purposely chosen to represent the pottery and porcelain pieces that are part of the museum's collection.

Located just a short walk from Omotesando Station, Nezu Museum is known for its collection of Japanese and East Asian art. The museum was first opened to the public back in 1941, but was closed from 2006 until 2009 for large-scale renovation works. Part of this large-scale renovation involved the entirely new museum building designed by Kuma. The building's large roof and the vertical accents on the walls are intended to make visitors feel like they're entering somewhere special. 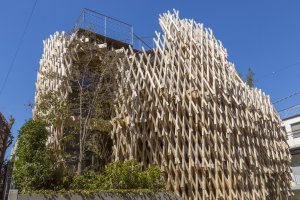 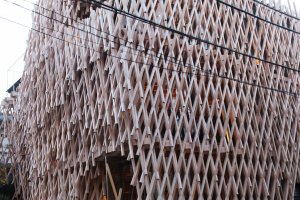 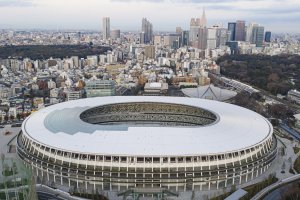 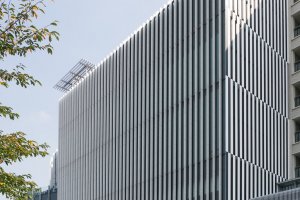 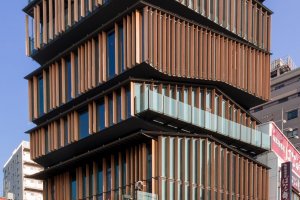 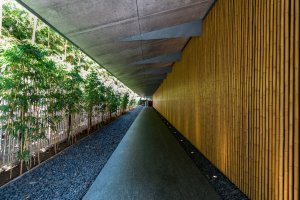 Shinobu Ishikawa a month ago
Upon reading this, I decided to go to Sunny Hills to get the pineapple cakes soon!
Reply Show all 0 replies

Lynda Hogan a month ago
I'm a huge fan of his work thanks to the Kadokawa Culture Museum - it put him on my radar. I will have to check out these buildings after Covid.
Reply Show all 0 replies

Bonson Lam a month ago
Simply amazing what they can do with toothpicks! Only joking. The delicate yet modern structures are a sight to behold.
Reply Show all 0 replies

Elizabeth S a month ago
The Nezu Museum entrance gives a real sense of anticipation. It’s got depth. The Asakusa Tourism and Culture Center has a simple but smart interior, too.
Reply Show all 1 replies

Kim Author a month ago
I love the simple but smart description - sums it up perfectly!
Reply

Elena Lisina a month ago
There are really great museums in Tokyo! Hopefully the Stadium will be used next summer for its real purpose!
Reply Show all 2 replies

Kim Author a month ago
Yes, I'm sure it's an anxious time for the event organizers...I wouldn't want to be in their position having to make a decision :(
Reply

Shinobu Ishikawa a month ago
I do really hope so, too.
Reply
8 comments in total
Back to Contents