Getting to Japan: Airports & Airlines

With Japan seeing an increasing number of foreign visitors every year, many airlines have risen to meet the need with an expansion of routes from various parts of the world. The guide below introduces visitors to the major international airports across Japan, as well as the major airline routes linking Japan to the world.

Many visitors arrive in Japan via Tokyo, the nation’s capital. The city is served by two airports.

Narita (NRT) is the main getaway for most international long-haul flights and a handful of domestic flights on budget carriers. Narita Airport is located an hour’s train ride outside of Tokyo, in the neighboring prefecture of Chiba.

Haneda (HND) is the city’s main domestic hub, though in recent years many flights to SE Asia and other Pacific region destinations have begun to use the new International Terminal. Haneda Airport is located a 20-25 minute train or monorail ride from major stations on the eastern side of the city.

Tokyo International Airport, commonly known as Haneda Airport (Haneda), is one of the two major airports serving the greater Tokyo area, the other b..

Much like Tokyo, the Kansai region is also served by two airports. Nearly all international visitors will arrive at Kansai International Airport (KIX), a large airport on a manmade island just off the coast of Osaka’s southern fringe. Trains run directly from the airport into Osaka (50 minutes) and Kyoto (70 minutes), while the two cities are also served by a fleet of airport buses.

Those arriving from another destination within Japan will likely find themselves in Itami (ITM), from where airport buses will ferry passengers to both Kyoto and Osaka in a short time.

Kansai International Airport, or KIX for short, is considered the gateway to Japan's Kansai region. It is located on an artificial island in Osaka..

Japan’s western region of Kyushu is served by Fukuoka Airport (FUK), which sees many flights from neighboring Asian nations as well as a growing number of long-haul flights to northern and central Europe. Fukuoka Airport, Fukuoka prefecture, is linked to the city centre by a convenient subway – visitors will reach the centrally-located Hakata train station in only 6 minutes.

Our route lists are non-exhaustive and subject to change as new routes are added and old ones eliminated.

Numerous cities across the Asian region offer direct flights into Japanese gateways. Visitors from such locations as Beijing, Shanghai, Seoul, Hong Kong, Hanoi, Singapore, Ho Chi Minh City, Taipei, Bangkok, Kuala Lumpur, Manila and even Guam are all just a direct flight away. Asia is served by both national carriers and a range of budget airlines, both established and up-and-coming.

While by no means an exhaustive list, the following airlines frequently offer direct flights to Japan’s major cities:

Japan's flag carriers, JAL and ANA, cover the region well alongside their subsidiaries (like Vanilla Air) and local competitors like Peach Aviation and Jetstar Japan.

Both Canadian and American carriers offer direct and connecting flights to major destinations across Japan. North America is also served by the Japanese carriers Japan Airlines (JAL) and All Nippon Air (ANA). Below is just a sampling of connection-free options.

While residents of both coasts of Australia can find direct flights to both Tokyo and Osaka, travelers coming from Canberra must connect on Australia’s east coast first before heading north to Japan.

Europe is served by Japan Airlines and All Nippon Airways, as well as European carriers such as British Airways, Air France and KLM.

Flights from the Middle East

Most flights originating in the Middle East must connect in either Europe or Asia. However, a handful of flights run directly to Tokyo.

Other ways to Reach Japan

Traveling to Japan by Ferry

For most international visitors, arriving in Japan by ferry isn’t an option. However, those with access to the Asian port cities of Busan (Korea) and Shanghai (China) may want to consider the money-saving option of a slow boat to their destination. Busan serves the Japanese ports of Fukuoka, Shimonoseki and Osaka while Shanghai connects to Osaka.

Visa Regulations for Visitors to Japan

While citizens of a number of nations can visit Japan for up to 90 days without a visa, certain countries require additional documentation, as well as any visitors seeking to study or work in Japan. For further information on the various visa types, our guide to Japanese visas is a good place to start.

A Guide to Japanese Visas

Everything you need to know about Japanese visas, including the different visa types, the visa rules and how to apply for your Japan.. 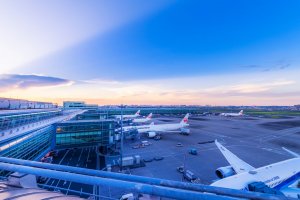 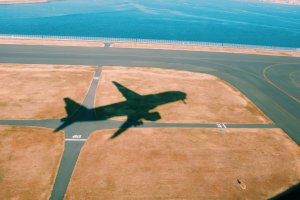 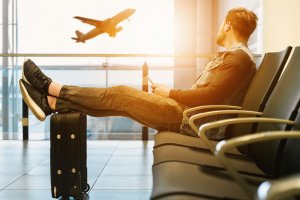 Kim 3 years ago
As an Aussie I'm so glad to see that Perth will have direct flights to Tokyo from September!
Reply Show all 1 replies

Bonson Lam 3 years ago
Yes, me too! About time too!
Reply
3 comments in total
Back to Contents