The Regional Cuisine of Tohoku

A taste of the six prefectures of Tohoku

Sitting in the far north of the main Honshu island lies Japan's Tohoku region. Its six prefectures - Akita, Aomori, Fukushima, Iwate, Miyagi and Yamagata - are home to a culinary heritage intimately bound with the region's famous winters. Soups, hotpots and stews feature prominently, unique methods of fermentation and food preservation methods are a treasure while meat and seafood dishes are a delight to eat. Here is a quick look at some of the foods of each prefecture in the Tohoku region.

The local food of Akita prefecture reflects the reality of its deep winters. Hearty hotpot dishes feature strongly including the very popular kiritanpo nabe that uses grilled skewers of rice and shottsuru nabe, a hotpot filled with fermented sandfish seasoning. Akita is also home to a unique sushi meal made from sandfish known as hatahata zushi and smokey pickled vegetables known as iburi gakko that use of a method of pickling found nowhere else in the country.

With arguably the world's best tuna, it's easy to imagine that the local food of Aomori prefecture is nothing but its famous maguro-don. However, barayaki grilled beef strips and onions are extremely popular while the cold winters have led to the creation of some properly hearty and belly warming hotpot dishes. These include jappajiru that makes use of the whole of the cod fish and and the miso-based kenojiru whose taste improves the more it is reheated.

With its rich in history and heritage, the local food of Fukushima prefecture is a variety of flavour and technique. The signature soup, kozuyu, uses dried scallop as its base seasoning while dobujiru is a hotpot dish simmered in miso instead of water. Nishin no sansho zuke are fermented herrings layered with peppers while enban gyoza are succulent dumplings arranged in a circle and fried until all are fused together into one crispy meal.

Noodles play a dominant role in the local food culture of Iwate prefecture. Its most famous dish is undoubtedly the challenge of wanko soba with its little bowls of buckwheat soba. The sweet flavour of red bean paste as the broth for short noodles in azuki batto is a unique taste while the flat noodles of Morioka jajamen that are eventually mixed with a special egg soup the translucent starch noodles of the chilled Morioka reimen also feature.

There is a nice variety of foods to be had with the local food of Miyagi prefecture. Miyagi kaki are some of the nation's best oysters while salmon and roe are well represented in dishes like harakomeshi. A post-war opportunity saw the succulent grilling of beef tongue known as gyutan yaki spread like wildfire across the nation and those with a sweet tooth were not forgotten with zunda mochi, a dessert snack made from vibrant green soybeans and pounded rice.

The local food of Yamagata prefecture is definitely no stranger to soups and hotpots. Kasujiru sees salted salmon added to a broth of vegetables simmered in sake lees. A taste of the untamed can be found in sanasi nabe, a stew of mountain vegetables and, at times, bear or rabbit. Sake lees features again in dongara jiru, a hotpot that uses the entire codfish while hiya jiru is a chilled stew made from shellfish stock and mustard spinach. 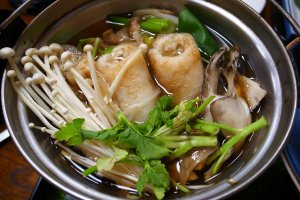 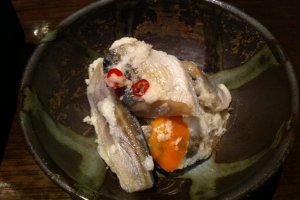 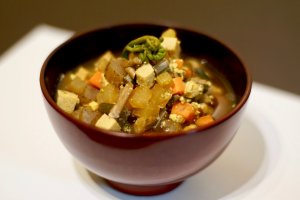 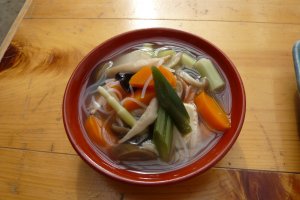 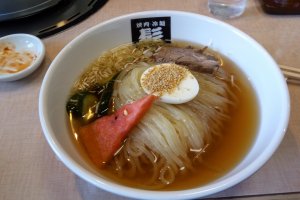 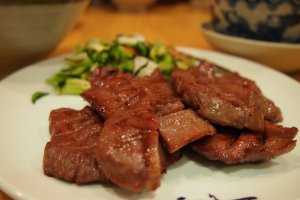 Elizabeth S a month ago
Among the regions of Tohoku, I've only been to Iwate and Fukushima. The variety of food there and the enchanting locations really got me. And I've just scratched the surface. I'll be going back with an appetite.
Reply Show all 0 replies

Kim B a month ago
Iwate wins in this region for me!
Reply Show all 2 replies

Sleiman Azizi Author a month ago
An extra connection perhaps or is it that the noodles does it for you?
Reply

Kim B a month ago
All the different noodles are hard to pass up...and I like that they're all very different from one another, too!
Reply

Sander van Werkhoven a month ago
One of my favorite regions in Japan, not just for the food but it sure is one the reasons. One thing I love about Japan is how every region takes a lot of pride in their own local culture and cuisine, but there's no area where this is more apparent than in Tohoku.
Reply Show all 1 replies

Sleiman Azizi Author a month ago
That's something that I've noted with people from the region, lots of pride.
Reply

Bonson Lam a month ago
Akita food is comfort food, cooking in over an open fire is a real treat in winter. The broth in the hot pots are to die for.
Reply Show all 1 replies

Sleiman Azizi Author a month ago
I like that kind of food. Hearty in winter is heaven.
Reply
8 comments in total
Back to Contents