The Six Prefectures of Tohoku

A quick look at the Tohoku region

The Tohoku region of northern Japan is the nation's original land of rugged winters and rural heritage. With their nationally famous dialect, the people are warm and welcoming and their six prefectures are laden with dramatic landscapes, farming hospitality and unique traditions. Ancient samurai towns nestled in with soul-soothing natural hot springs combine with dream environments to make Tohoku one of Japan's most personable destinations. Here is a simple guide to each of the six prefectures of Tohoku.

With its mountain interior and rice fields, Akita Prefecture is home to the rustic ambience of farmer culture. Its sake rice alcohol breweries are some of Japan's best and savouring Akita sake is a pastime here. The UNESCO listed Shirakami Mountains and Tazawa, Japan's deepest lake, reveal the beauty of its nature. Akita is also home to perhaps Japan's best preserved samurai district in Kakunodate and a fascinating local culture with the ogres of the Namahage Sedo Festival.

Akita is connected to Tokyo via the JR Tohoku Shinkansen to Morioka and from there the JR Akita Shinkansen Line.

The deep north of Aomori Prefecture is the unheralded wonder spot of Japan. One of only a few Snow Monster locations, Hakkoda Mountain also features the serene thrill of its ropeway. Aomori's seafood is incredibly delicious and the Nebuta Festival is one of the most spectacular in the nation. Osorezan Mountain and its hellish landscape is a major cultural and draw while Hirosaki Castle is not only a reminder of a samurai past but a celebration of spring with its thousands of sakura cherry blossom trees.

Aomori is connected to Tokyo via the JR Tohoku Shinkansen.

The resolve of Fukushima Prefecture in overcoming the 2011 Tohoku Earthquake is matched only by its size. The third largest of Japan's prefectures, Fukushima is not only the 'fruit kingdom' of the nation, but also a leading centre for traditional kokeshi doll craft, home to the revered Kitakata ramen and supporter of unique cultural events like the Waraji Festival. Throw in some legitimate history with Tsuruga Castle and the former post town of Ouchijuku and Fukushima reveals its pedigree.

Fukushima is connected to Tokyo via the JR Tohoku Shinkansen.

With the second largest land area in Japan, and a varied geography to match, Iwate Prefecture is uncommonly rich in folklore and traditional culture like the all-female Ama sea divers. Sites like Genbikei Gorge and Jodogahama Beach offer some of the nation's most pristine natural landscapes while the World Heritage temples of Hiraizumi are obvious attractions. Food reigns, too, with Iwate's nationally recognised noodle culture anchored by its Morioka reimen dish and the challenge of wanko soba.

Iwate is connected to Tokyo via the JR Tohoku Shinkansen.

Home to one of the nation's top three views in Matsushima, a group of hundreds of islands covered in pine trees, Miyagi Prefecture is a deserved gateway into the Tohoku region. Its Zuihoden Mausoleum is a powerful reminder of the area's samurai heritage while the hot springs of Naruko attract visitors from all over the country. The remote Zao Fox Village is eerily impressive and so too the Tanabata Festival with its two million visitors.

Miyagi is connected to Tokyo via the JR Tohoku Shinkansen.

Surrounded by ocean and mountains, the rural beauty of Yamagata Prefecture combines the holy mountains of Dewa Sanzan with Sakata town and its exotically traditional geisha culture. The thousand steps to Yamadera Temple are not only a spiritual challenge but a scenic gift while Ginzan Onsen, built over a former silver mine, is like taking a step back into a surreal past. Yamagata satisfies the palate too with the nation's best cherries to be found here and Yonezawa beef, a source of local wagyu pride.

Yamagata is connected to Tokyo via the JR Tohoku Shinkansen to Fukushima and from there the JR Yamagata Shinkansen. 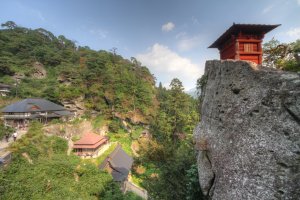 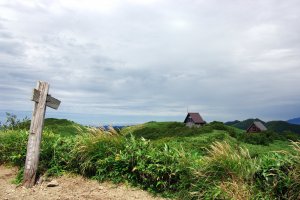 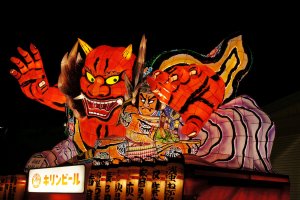 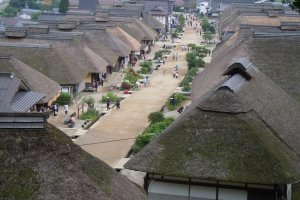 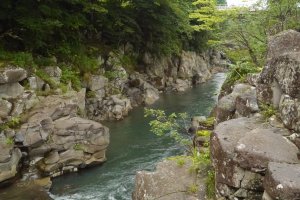 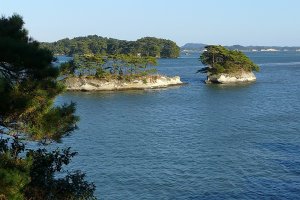 Sander van Werkhoven 10 months ago
Wonderful and underappreciated part of Japan! I've visited Tohoku for the first time in 2013 during summer, hopping from one matsuri to the other (Hirosaki Neputa, Aomori Nebuta, Hachinohe Sansha Taisai, Morioka Sansa Odori, Akita Kanto, Sendai Tanabata, Yamagata Hanagasa). And did the same a year later for even more matsuri (Soma Noma Oi, Ominato Nebuta, Goshogawara Tachinebuta, and again Aomori, Akita and Morioka). And a few years later in autumn, the Sukagawa Taimatsu Akashi was pretty spectacular. And not just in summer, as the winter festivals are just as amazing: Hirosaki Yuki-doro, Oga Namahage Sedo, Yuzawa Inukko, Yokote Kamakura and Bonden.

But it's not just the matsuri, the area has some amazing scenery and history, like Osorezan, Geibikei, Hiraizumi, Yamadera and Matsushima bay. And even better: several great ways to enjoy the scenery by train, like the Resort Shirakami or SL Banetsu Monagatari. Or just the quaint Tsutetsu local trains, while enjoying some freshly grilled octopus and local sake.

And the food is also top notch, more than anywhere in Japan it seems every town proudly presents it's own local specialty. Gyutan (Sendai) might be my favorite Japanese dish, it's great fun to make your own nokke-don in Aomori, noodles galore in Morioka, kaiyaki-miso and igamenchi in Hirosaki, the best yakisoba you'll ever eat in Yokote, and after eating Aomori apples you're spoiled for life....

Still so much more to discover!
Reply Show all 1 replies

Sherilyn Siy 10 months ago
I find the kokeshi of Miyagi Prefecture absolutely intriguing. They seem to represent the people of Tohoku itself. https://en.japantravel.com/blog/kokeshi-a-lasting-tradition-and-art/59954
Reply Show all 1 replies

Sleiman Azizi Author 10 months ago
They are cute but not in that lifeless mass produced way.
Reply

Elizabeth S 10 months ago
I went to Aizu Wakamatsu City in winter, and it was uncrowded and I could take my time. Wappa meshi rice with seasonal foods was a highlight.

Hiraizumi in summer had few visitors, too. I could just unwind and immerse myself in the history there.
Reply Show all 1 replies

Kim 10 months ago
I finally got to visit Sendai in time for the Tanabata Festival last summer. It was worth the trip!
Reply Show all 2 replies

Sleiman Azizi Author 10 months ago
Anything you'd like to share with the readers? Tanabata is a nice 'time' of the year.
Reply

Kim 10 months ago
I ought to do a small write up about it! I know there are a few other articles about it already, but the size of some of the decorations really blew me away. Some of them were even sponsored by local companies!
Reply
9 comments in total
Back to Contents