Where to see the sunrise before anyone else in Japan

Todogasaki or Cape Todo in English is the eastern most point of Japan's main island, Honshu. It's now part of a greater area called Sanriku Fukko National Park. The park stretches north from Hachinohe in Aomori, to Kesennuma in Miyagi at the south end. The area is known for its jagged and scenic coastline. Cape Todo is one of the many scenic spots to visit on the Sanriku Coast.

Watching the first sunrise of the year is a very popular event in Japan. I have made a habit of watching it every year for the last 10 years or so. Of course, the weather doesn't always allow it but this year, the weather was cooperating. Cape Todo is located on the Omoe Peninsula, just south of Miyako. Getting there isn't easy but it is well worth the trip. I left from Hanamaki by car at 3:00 in the morning under light snow. I was a bit concerned but the forecast was for clear sky. The drive to the parking area of Aneyoshi Campground was about 2 hours. As soon as I crossed the coastal mountains in Kamaishi the sky was clear. The moon and the stars were beautiful. I stopped at Aneyoshi Campground, that's as far as we can go by car.

The campground, like many on the coast was rebuilt after the 2011 tsunami. There were hardly any cars on the road to the coast. However, once I got to the parking lot, I found out that I wasn't the only one that wanted to catch the first sunrise. The parking lot was almost full. From there, it's about an hour's hike in the dark, I could see a faint light on the horizon, so I hurried not to miss any of the many shades of light as it gets closer to sunrise at dawn. By the time I got there, I didn't need my head lamp anymore but still plenty of time to set up and enjoy the breath taking event unfolding before our eyes.

One of the characteristics of watching the sunrise is that just before the sun appears, the temperature drops several degrees. I've seen it drop more than 5 degrees in a few minutes before. As a result of this phenomenon, it's always cold to take pictures but it makes it more memorable. Around 6:30 several people arrived and were looking for a good spot to watch the sunrise. One couple spent the night there, they were eating breakfast on the observation deck as I arrived. They had obviously chosen the best spot.

This year, there were a few clouds on the horizon, it gives more colour to the sunrise but it also blocked the line of the azimuth where the sky meets the ocean.

If you have more time, the trail goes all around the Omoe Peninsula, from Miyako harbour to the town of Yamada. It's also connected to the Michinoku trail that starts in Hachinohe and goes all the way to Fukushima.

Some other spots of interest on the Sanriku coast include, Jodogahama, in Miyako, Kitamiyazaki in Tanohata, Goishikaigan in Ofunato, the amber museum in Kuji, the links are below;

Geting there, if you came by car, take the Tohoku expressway, get off at Morioka minami exit. Follow the sighns that guide you to Miyako via Route 106. From Miyako take Route 45 south and look for Route 41, it's about 5 kilometers south of Miyako. From there you'll see the signs for Todogasaki, go to the campground parking lot. 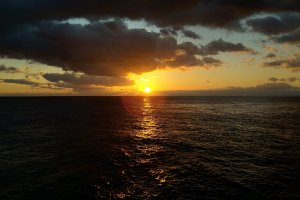 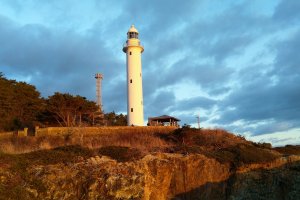 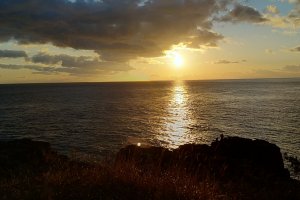 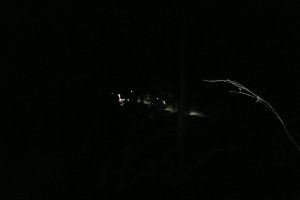 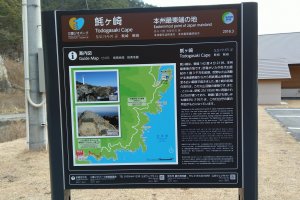 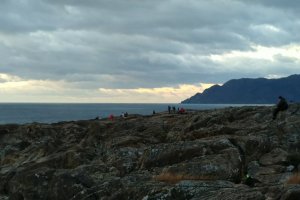 Malcome Larcens Author 2 years ago
It was well worth it, will probably do it again next year.
Reply Show all 0 replies

Bonson Lam 2 years ago
This is an epic trip to see the first sunrise in Honshu. I can feel the excitement as you made your way through snow and possibly the danger of tripping in the national park in the dark. The freshness of the sunrise must be all worth it.
Reply Show all 0 replies
2 comments in total