My Favorite Cities of Japan: Sendai

The city of my dreams

Among my favorite cities of Japan, Sendai has a special place in my heart – it’s the city I’d like to live in. Why? I lived all my life in a city of the same size with a population of over a million, and I don't feel as comfortable in huge cities. I feel the same about small cities – they can be boring sometimes… a habit is powerful thing!

Sendai has several things that I love – a lot of greenery in the city and surrounding area, the ocean nearby (Sendai Bay of the Pacific Ocean) and mountains on the East – the Ou Range. Staying in Sendai for nine days, I felt the kindness of the local people who helped me a lot and were sincerely friendly. Another thing that I appreciate is the city's rich history. Sendai has been known from a very ancient time, most notably being developed under the lord Date Masamune who is regarded as the founder of the city.

I liked the wide straight streets of Sendai, and the cheerful trade street Hirose-dori, named after the Hirose River that flows through the city. I enjoyed the walks in the parks and the alleys of trees that I called ‘green walks’. In Sendai you can always see a lot of sky and trees. Some places in the very center of the city such as Aobayama (Aoba Mountain) or a wood of cedars around the mausoleums of Date Masamune and his family members looked like nature sights. Sendai is also called ‘Mori no miyako’ or the ‘Forest capital’ and it’s a fitting name.

Even the very center of Sendai is not crowded (that's another thing that I like), but in the distant districts such as Asahigaoka or Yaotome I encountered almost nobody walking along the streets! There are many sporting venues in Yaotome and among them is the ice rink where the famous Japanese figure skater Yuzuru Hanyu started training.

I liked the old Shinto shrines of Sendai such as Osaki Hachimangu and Tsutsujigaoka Tenmangu. They are hidden in greenery and standing on top of hills, so reaching them was quite challenging.

Like the citizens of Sendai, I enjoyed visiting the Umino Mori Aquarium, Oedo Onsen Monogatari and Sendai International Center station. There, I saw a photo exhibition dedicated to Sendai's hero Yuzuru Hanyu – I like that figure skater a lot, too!

The best and the fastest way to get to Sendai is by the JR Tohoku Shinkansen. The whole journey takes only 100 minutes and costs 11,000 yen. 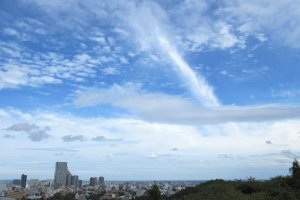 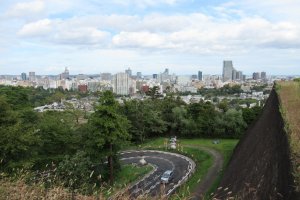 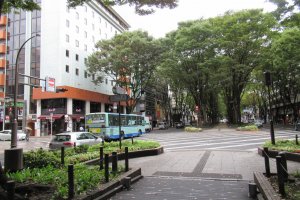 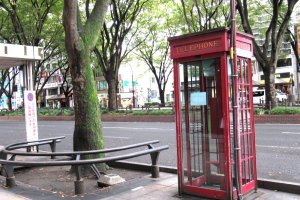 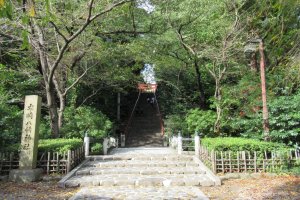 Kim a year ago
It's a wonderful city...plenty to see and do but it doesn't feel overwhelming like some other cities!
Reply Show all 0 replies
1 comment in total