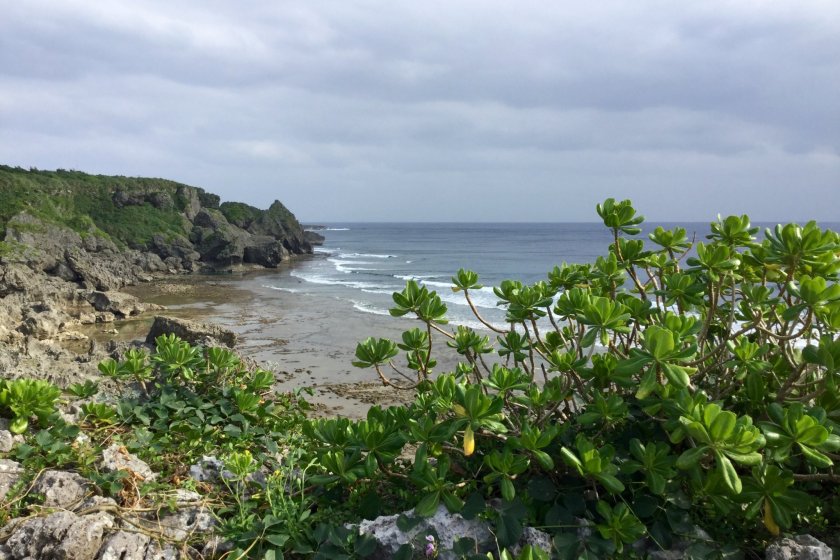 The castle ruins faces the sea on three sides.

Not far from Cafe and Gallery Umito are the picturesque ruins of the Gushikawa Castle.

There isn't much to appreciate structure-wise as there is very little left of what must have been an impressive building with a magnificent backdrop. To be fair, the castle is estimated to be roughly from the 13th to the 15th century and must have been exposed to the harshest of seaside weather. We were there on a windy day and can get an idea of what it could be like when the area is hit by typhoons.

What is left of the ruins sits 17 meters above sea level on a cliff west of Cape Kyan on the southern tip of Okinawa's mainland. The defensive walls of the castle are 5-10 meters tall and are characterized by the Nozura stone layering technique (also called rubble masonry). The rocks have not been processed. Pieces of naturally rough and undressed stones are simply laid on each other. This is different from cut stone used for the castle gate on the east side facing the land.

It appears that there are two parts to the castle, with a natural cave or a blowhole that connects to the sea, which was probably used to bring up or lower supplies to and from ships, or for a quick secret flight from enemies. That blowhole is currently blocked off with a railing and spelunking is discouraged as the area can be dangerous.

Though this place is out of the way, visitors will be rewarded with a superb view of the sea on three sides.

The castle is said to have been built by the lord Makanekui-Aji who escaped from Kumejima. In 1972, it was designated a National Historic Site.

The Gushikawa Castle Ruins is about a 16 minute walk from Kyan Bus Stop (Bus #107). 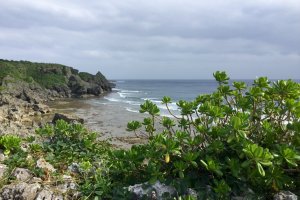 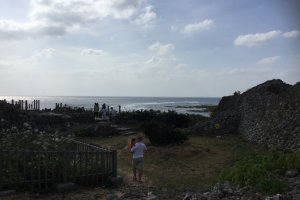 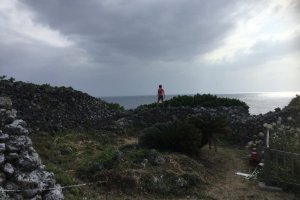 Bonson Lam 8 months ago
Oh to be the lord of the castle and see the treasures from Siam and Java come into port. It would be been an amazing time in history.
Reply Show all 3 replies

Sleiman Azizi 8 months ago
Lording it up over his domain and then, boom! the typhoon hits...
Reply

Elizabeth S 8 months ago
Right? It's at the edge of many different cultures and trade routes. It must have been a rough place to hold in wild weather.
Reply

Bonson Lam 8 months ago
Yes, sounds familiar. Like the story of the Kamikaze. Actually I was also thinking of some Ryukyu diplomats who were stuck in Siam during the typhoons of 1401. Keep an eye out for that in a future article.
Reply
4 comments in total