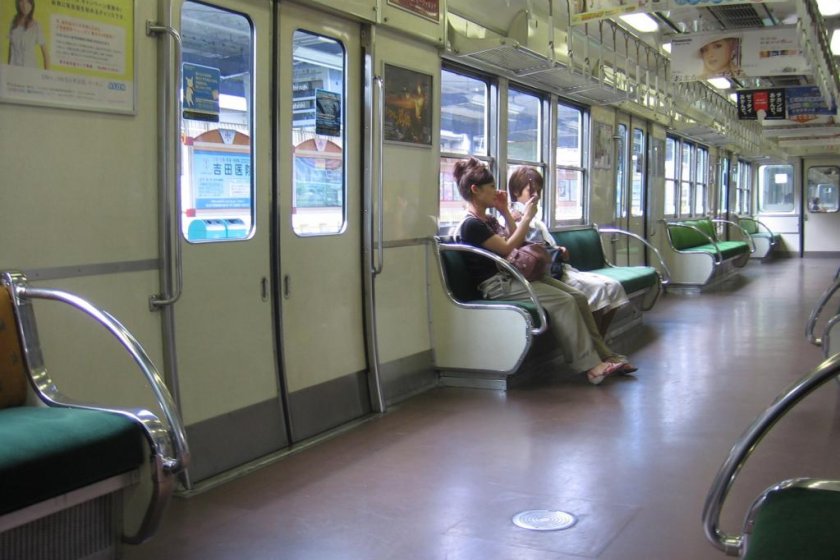 Getting Around in the Big City

Travellers new to Japan find themselves mystified by the complicated Osaka public transport system - even the ones who've been to Japan before! As one of the biggest destinations for tourists, Osaka has an efficient train system, but one quite unlike Kyoto or Tokyo. Visitors who come to Osaka with the Japan Rail Pass are often surprised to find how little mileage their pass will get in the city, where the train network is built upon a combination of municipal subways, the national Japan Railway system, and a whole host of privately-owned railways systems.

In Tokyo, Japan Railways offers its famous Yamanote Line that circles the city centre and covers many of the big tourist destinations. Osaka's JR West, too, has a loop line called kanjō-sen, but this is where the similarities end. While some​ popular areas, such as Umeda and Osaka Castle Park, lay on the loop line, the bulk of the things to see and do in the city are better-accessed via the subway. If you are activating a Rail Pass for a long trip to Japan, you're better off waiting until before, or after, you've had your time in Osaka and Kyoto!

The biggest form of transport in Osaka is the municipal subway system - the underground network is extensive and laid out well in a grid pattern, enabling you to get just about anywhere in the core with ease. Eight colour-coded lines cover most areas of the city so well that you can almost certainly find a subway station near any place you might wish to go.

Finally, the privately-owned railway networks, which, as a traditional merchant city, Osaka has an incredible number of. More than a dozen private railways operate within the prefecture, with the five big names in the city itself - Hankyu, Hanshin, Keihan, Kintetsu and Nankai. It's good to note that many of the names of these companies indicate the areas they cover - for example, the name Hanshin (阪神) is made up of the second character for Osaka (大阪) and the first character for Kobe (神戸). Hankyu's full name, Keihanshin Kyūkō (京阪神急行), uses kanji​ characters from the cities of Kyoto, Osaka, and Kobe, These companies are Osaka-based, and proud of it! The department stores owned by the big names can almost always be found right on top of their stations, and most have defining characteristics to draw passengers - Hankyu's distinctive maroon trains and window-covers invoke a nostalgic atmosphere, while Keihan's bright green Main Line trains invite a great view of the countryside. The Nakanoshima Line's new purple trains are plush and inviting. Unsurprisingly for anyone familiar with Osakan sports, many Hanshin trains employ a black and yellow colour scheme to support the Hanshin Tigers. Of course, the Tigers are owned by the railway!

Buying tickets for the train isn't complicated - the maps are almost always available in English. At the automated ticket booth, simply find your destination on the map, and put the appropriate number of coins into the machine. Since the network is so vast, it's difficult to give a good idea of the ticketing prices, but the minimum is about ¥150 and will run you in the ¥350 range for places within the city. To take one of the private railways and travel to Kobe, Kyoto, Nara or the places in between, you can expect to pay just a little more. Many visitors don't realize that instead of paying ¥3,000 to take the shinkansen​ to Kyoto, they can simply take a local JR train or the Keihan Line for no more than ¥600, and it will still take less than an hour!

All railway networks in Osaka accept some form of train card, though it can differ greatly which ones accept which. As I mentioned, the Japan Rail Pass is only usable on JR trains, as is the SUICA card (for travellers who are coming from the Kanto/Tokyo area). The Kansai region has its own version of the SUICA card, called ICOCA, that can be used on all the Osaka networks - however, it can only be purchased​ at a Japan Railways station. (Shin-Osaka station is a good start, if you're arriving via ​shinkansen!) An ICOCA costs ¥500 and is infinitely rechargeable at most stations, including privately-owned railways. Disposable cards called Kansai Surutto (Through) are also available from almost all ticketing machines. These do not cost anything and are recyclable once they have been used up, as well as collectible, with their changing designs. Used Surutto cards make good souvenirs and can be bought in some hobby shops for collectors. It's also important to note that JR has its own version of the Surutto card and therefore you cannot use one that you purchased from the subway or a private railway to travel on JR. My recommendation would be ICOCA for anyone planning to stay more than a week or travel to other Kansai cities; otherwise, Surutto Kansai cards should suit your needs perfectly. Just make sure to keep track of how much you have left by looking at the back of the card!

Getting around in Osaka may seem intimidating, but this great train network is top-notch for bringing you where you need to go quickly and affordably. Unless you're coming from the airport - that's a little less affordable. Still, you'll find that the competition of railways and subways in this city has brought a lot of character to the stations and trains as they compete for business, so you'll always be riding in style in Osaka! 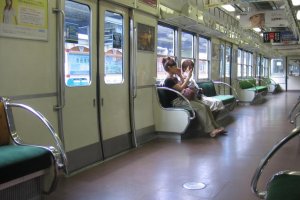 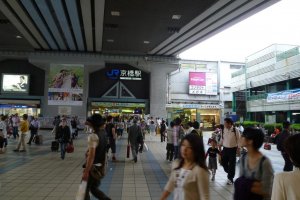 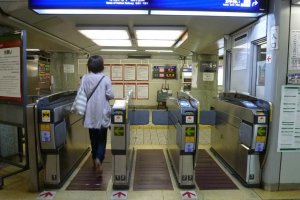 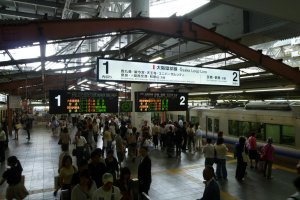 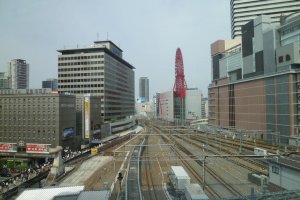 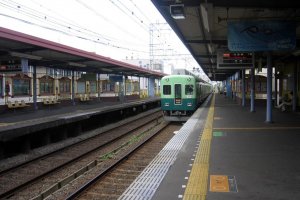 Lester Goh 6 years ago
Indeed, even on my second trip to Japan I stuck firmly to the JR (outside of Tokyo), and this presented challenges when maneuvering Namba. It was pretty hard accessing anywhere far away from the JR and I was very tempted to take the many many other lines. Thank you for this writeup, I will definitely refer to it when I next visit Kansai!
Reply Show all 0 replies
2 comments in total