In 1179, the Lord Saito Betto Sanemori ordered the building of a shrine to worship the Buddhist deity of unity and success, Shoden. Over five hundred years later, the master builder, Hayashi Masakiyo would begin work on the main building of Lord Sanemori's original temple culminating in an effort that would rival the mausoleum of the great Tokugawa Ieyasu in Nikko.

Completed a generation later in 1760, the Menuma Shodenzan Kangiin Temple has joined its originator as legends of Japan. A statue of Lord Sanemori, immortalised in the famous The Tales of the Heike and the Noh play, Sanemori, stands just inside the temple precinct while the temple itself became Saitama Prefecture's first National Treasure.

Incredibly detailed with its lavish decorative style, Menuma Shodenzan is one of the three great temples dedicated to Shoden. Entering the grounds of the temple sees you go through the Kiso Gate. A chunk of a structure, a close-up view of the gate reveals its extraordinarily intricate wood carvings. Continuing on you will pass through the oldest of the renovated structures, Shikyaku Gate and then Nio Gate. If you visit during the spring, you will delight in the cherry blossoms at the Peace Tower located between these two gates.

Passing through Nio gate leads you onto Saitama's pride, Kangiin Seitendo, the main hall of the temple. Entry to this temple is 700 JPY and the detail it displays is simply stunning. The entire structure is covered in painstakingly detailed carvings of wood and kaleidoscopic colour. Each carving tells a tale of some sort. Looking closely, you will see people playing traditional board games, children playing with toys, and even sumo wrestlers doing what they do best.

Lord Sanemori's original act of worship and piety all those centuries ago has lead to the incredible visual sensation that is Menuma Shodenzan Kangiin Temple, a must see for anyone visiting Saitama and Kumagaya.

Take the JR Takasaki Line to Kumagaya Station. Board any bus bound for Ohta, Nishi-Koizumi or Menuma Shoden-mae and get off at the Shoden-mae bus stop. The bus journey is about 25 minutes. 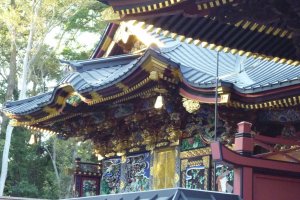 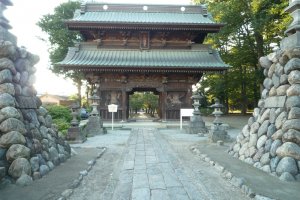 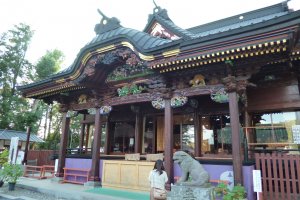 Kim a year ago
You weren't kidding about the detail - what a beauty!
Reply Show all 1 replies

Sleiman Azizi Author a year ago
Turns out that it took several years to help restore the details after centuries of erosion. To put it mildly, the detail is simply nuts.
Reply

Lynda Hogan a year ago
We were just watching a feature on NHK about this temple yesterday! You have piqued my interest further. I am hoping to visit it over the coming weeks and scratch it off my bucket list.
Reply Show all 2 replies

Lynda Hogan a year ago
Haha! I know what you mean, every time I cross one off, I add five.
Reply