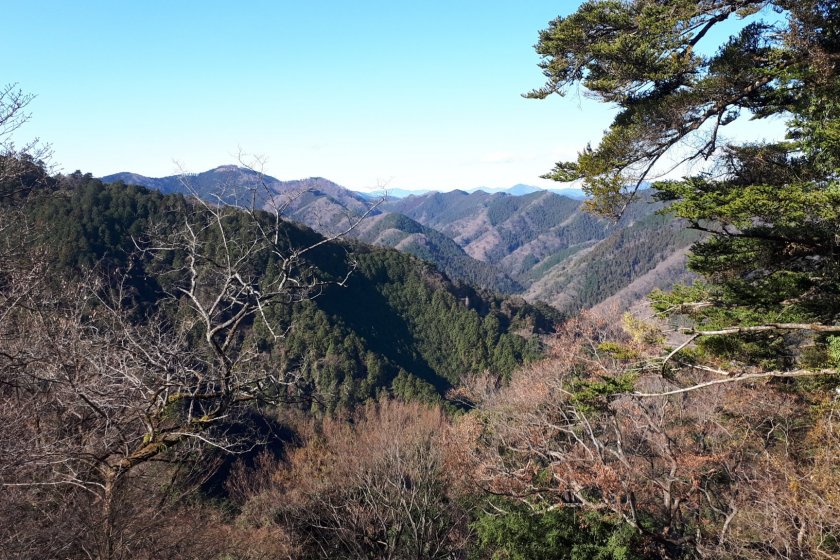 A Visit to Mt. Takao

Views from the mountain

Adding myself to the two and a half million annual visitors to Mt. Takao has always been a pleasure for me. This became doubly so when on my most recent trip, my son joined me for his first ascent of Tokyo's favourite mountain.

When I first hiked up Mt. Takao, almost twenty years ago, I did so without making use of the cable car. In those days, being in a new country and very much budget conscious, I chose to walk instead. Subsequent trips, though, would find me and my friends taking the cable car to the halfway point and walking the rest of the way.

Not this time. This time, the wait for the cable car was almost forty minutes. By the time we would board, we would almost be halfway up the mountain. We decided to walk. The weather was fine, the mood was buoyant, and with the sense of papa pride that my son would make his first ascent of the mountain completely on foot, off we went.

Out of the many trails leading up to the summit, we chose the basic one, Trail 1 with the intention of taking Trail 4 for the return journey. Trail 4 would lead us past the Miyamabashi suspension bridge - which I had never yet visited - where we would come across some travellers from the Philippines and have a great little time sharing walking stories and photos. Trail 4 also took us to the cable car station and a nice comfortable reward for my son and his efforts.

Along the way, we came across the famous Octopus Cedar, a tree whose roots have the decided look of an octopus's tentacles, sun drenched jizo statues seated amongst the winter foliage, huge tengu mountain goblin temples, sacred trees, monkey parks and Buddhist stone spinning wheels.

Starting from the base and being able to observe the mountain up close and personal is all the more enjoyable for being able to do so on foot. Mt. Takao is a personal source of joy and suffice as to say, to have finally been able to introduce the mountain to my son was a dream come true.

Take the Keio Line from Shinjuku to Takaosanguchi Station. The base of the mountain is a 6-minute walk. 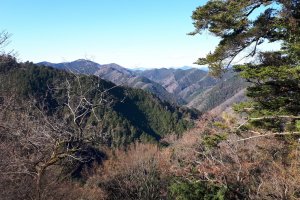 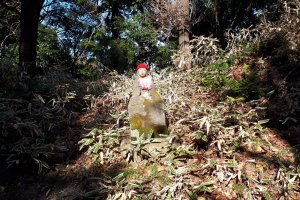 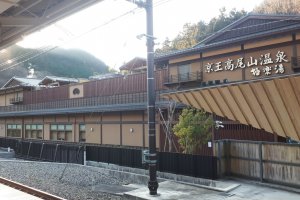 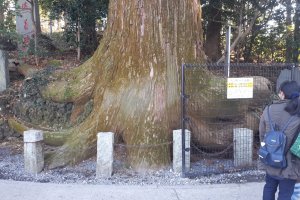 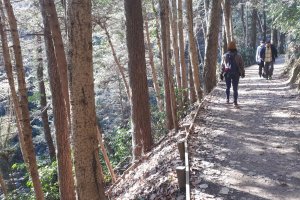 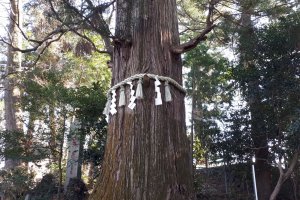 Kim 2 years ago
Love this place too. Perfect for a family hike!
Reply Show all 0 replies

Elizabeth S 2 years ago
No ,alter the season, it’s a beautiful place. I’ve been up there in all seasons. It’s magical.
Reply Show all 1 replies

Sleiman Azizi Author 2 years ago
Thumbs up to Mt. Takao. Seriously love it there.
Reply

Elena Lisina 2 years ago
Well done! I also visited Takao-san, but couldn't see Fuji-san - could you? I purchased a round trip and went up by a cable car, but couldn't use that ticket on the way down as it was already closed at 17:00! So, the half of my ticket was a waste. But I really enjoyed the descent by a forest trail!
https://en.japantravel.com/tokyo/takaosan/32277
Reply Show all 4 replies

Sleiman Azizi Author 2 years ago
It's such a convenient day trip out of central Tokyo.
Reply

Elena Lisina 2 years ago
Yes, but travelling on my own I took a local train to Takao-san and it took me about 2,5 hours to get there! Luckily I returned to Tokyo by rapid train. I learnt on my own mistakes! :D
Reply

Elena Lisina 2 years ago
Yes! The train made many, many stops and at some stations it stopped for 10-15 minutes, so when I finally arrived at Takao-san, it was a lunch time! Silly!
Reply
8 comments in total