You'll be seeing hearts at these love-inducing places

From a special date to an anniversary or maybe even popping the magical question that will bond the two of you together, these places located all over Japan have a certain je ne sais quoi that makes hearts race in tandem.

And while any place you’re together is the most romantic of all, especially if it’s a place special to the two of you (Moai Statue at Shibuya Station for me), these are some top picks for a special futari-kiri (just for two) time. First-timers beware, these spots may be too romantic for a first date.

You’ve come all the way to Japan so why on earth would you want to visit a reconstructed Scottish castle. Well, when in Rome . . .

In all seriousness, why wouldn’t you want to visit Lockheart Castle in Gunma? This popular spot is used in dramas and movies regularly, and the stone church on the grounds has a quaint romanticism to it that makes it a hit for proposals and even wedding ceremonies.

For the ladies, there’s even a special shop where you can admire and try on an extensive collection of princess-like wedding gowns. Create your very own photo shoot with your Prince Charming surrounded by ivy-laced stone architecture for a very special memory.

Of course, there’s much more to do at Lockheart Castle. Write your own heart-shaped votive tablet to make your wish of love come true, draw a fortune slip, or make semi-precious stone bracelets. And when you’ve had your fill of shops and museum exhibitions, try one of the two restaurants at the castle. You’re sure to feel like royalty on a date to this spot!

Atsuta Park Observatory was the first place to be recognized as a lover’s sanctuary in Hokkaido. Complete with a lover’s oath bell to announce your love to the world and a lock gate where you can attach your own love lock and keep the key close to your hearts. You can bring your own or buy one from the nearby Ishikari Roadside Station.

So, what makes this observatory so special? The sunset view of the Sea of Japan has led to many a romantic proposal or gesture between couples. There’s even a cozy little bench out front where the two of you can cuddle up close in the Hokkaido cold—just make sure it isn’t too cold when you visit. No one wants a chilly romance.

As if the Hakone area wasn’t already primed for a romantic day or two. With places like the hydrangea train line, the Little Prince Museum, Owakudani observatory, and Lake Ashi ferry rides, it's also a good idea to check out the hot spring park, Yunessun, in Kanagawa Prefecture, about an hour outside of Tokyo.

This spa resort makes for a perfect day of pampering and fun. Yunessun boasts several different areas to enjoy. In the outdoor area, you’ll find water slides with heated water to keep you warm during any wintery chill; there are also cozy hideaway baths in caves, or how about holding hands while under the Dragon Waterfall?

Indoors, guests can find some unusual and exciting bath options. Soak in wine, coffee, matcha, chocolate, and even sake! It depends on the season though so be sure to check ahead of time. There is also a more classical Greek-style bath for those who don’t want to be marinated in wine. Or try a doctor fish foot bath and let little fish nibble at you while you sit side by side.

This is all to be enjoyed while in your bathing suit, so there’s no worry about being separated—unless you want to take a dip in their traditional Japanese baths, which are gender-separate and nude baths. Covered tattoos are allowed through the bathing suit areas but not allowed in the traditional baths.

Let’s turn our eyes to some greenery now for those lovers of love and nature. The Kawachi Fuji-en Wisteria Garden is a private garden located in Kitakyushu, Fukuoka. There are two seasons for visiting the park for peak beauty: wisteria season from late April to May and autumn leaf season from late September to November. Whichever time you decide to visit, you’ll be treated to some beautiful vistas with your beloved.

Wisteria season is when the garden is at peak romance, perhaps. Fluffy clouds of pink and purple blossoms hang on long stalks. The garden’s most famous feature might be the tow tunnel—each roughly 100 meters long—made up of altering species of wisteria to make a colorful wonderland of shadows and light. If you’re feeling a little claustrophobic at the thought of being in a tunnel, the viewpoint at the hillside garden allows for a beautiful view of the ocean of wisteria flowers.

Ah, Kyoto. A city with a traditional air of romance to it with its nostalgic streets and mysterious shrines. There are hundreds of romantic spots in Kyoto but for a different experience—and one that gets the two of you squished together—visit Arashiyama Bamboo Forest by rikisha/ rickshaw.

Once you alight at Arashiyama Station, chances are that you’ll see plenty of rickshaws just waiting for customers. For a really special trip via the wheeled carriage, ask the driver to take you to the chikurin or bamboo forest. Inside this green grove of rustling leaves and tall shoots, the air is purer and with your lover by your side, maybe even a little more beautiful. It’s great in winter with your hands clasped under the blankets.

Once you’ve finished gazing at the forest and you've asked your driver for a shot of the two of you under the bamboo, visit Togetsu-kyo. Arashiyama’s famous bridge offers beautiful scenes year-round but is especially lovely in spring and autumn. With Arashiyama Mountain as the backdrop, you’ll find some new angles to appreciate. There are also plenty of charming shops on the other side of the bridge.

Perhaps more popular for local Japanese people than it is for tourists, Karuizawa is famous as a resort town for lovers. Located in Nagano Prefecture, this quaint town has all of the charms one might expect from a resort town.

Known for mild summers that are great for outdoor recreation like golf, tennis, cycling, and hiking, Karuizawa enjoys verdant nature, ponds, and even waterfalls. In winter, the usually green nature gives way to plush piles of snow perfect for skiing or hot springs perfect for not doing anything but soaking away the stress.

Being a relatively short trip from Tokyo, Karuizawa is a wealthy area with plenty to do and shopping strips. For the best experience, stay a night or two at a pension hotel or a rental cabin. This would be the perfect spot for a laid back, quiet, and high-class sort of getaway.

Huis Ten Bosch in Nagasaki Prefecture might not be the biggest name in theme parks in Japan, like Disneyland, Disneysea, or USJ, but the doesn’t mean it’s lacking on the charm. Not even a little!

The whole park is modeled on an Amsterdam-like European city. In fact, this “largest theme park in Japan” has flower fields, a VR center, fireworks shows, canal boat rides, and so much more. There’s so much to do that you might need more than one day to do it all. In which case, staying at one of their awesome hotels is a surefire way to get rid of that tiredness from walking around and get you raring to go the next day!

If you’re looking for something to make your heart race with your loved one and want to have a blast at the same time, then Huis Ten Bosch might be the perfect date spot for you! Not only that but thanks to the wide areas and secluded location you’re likely to bump into fewer people than you might at the other theme parks in Japan.

This spot is perfect if you want to get away from the city, find some nature, and have fun all at the same time. Yuzawa Kogen Panorama Park has a little bit of everything. First, enjoy the 7-minute ropeway ride up to the resort. These passenger cars can hold 166 people but with the superb mountain and sky view, it will feel like it’s just the two of you.

Once you’ve reached the park get ready to have a date like something out of a fairytale. There are over 200 species of flowers throughout the year that you can find, and even the phantom blue flower that’s said to grant a wish if you spot it (just don’t pick it).

After you’ve had your fill of walking through the alpine plants or the snowy mounds, depending on the season, why not try the aluminum bobsled or zip line? Then tuck into a spot of lunch at the Café Above the Clouds. True to its name, you can watch the cloudscapes change and float by as you enjoy this quiet respite.

Yes, that’s right. A mint museum. No, not the type to freshen your breath before a romantic kiss; the type of mint that jingles in your pocket. The Osaka Mint Bureau Museum is also the head office of the Japan Mint. They’re the government agency that’s responsible for Japan’s coinage supply.

So—I hear you asking—what’s so romantic about coins? Well, believe it or not, but the Mint Museum is famous for one more thing. Cherry blossoms.

In springtime, there are more than 300 cherry trees that erupt into clouds of pink and white petals that fall like dainty snowflakes. In mid-April, the gates to the premises’ cherry garden are thrown open to the public and everyone can enjoy the garden that is usually pay-to-enter only. The cherry trees at the Mint Museum are considered to be one of the most romantic cherry blossom spots in Japan!

The rest of the year, the museum is still open to the public and exhibits the coin production process, history of coins and the mint, and even showcases various coins and medals.

Battle of the Towers (Tokyo)

No list on romantic spots in Japan would be complete without one of Tokyo’s famous towers: Tokyo Tower or Tokyo Skytree. So why not list them both and let you decide?

Tokyo Tower was built in 1958 and is modeled after the Eiffel Tower in Paris. It’s been a staple of the Japanese skyline since then and has even been featured in many dramas, anime, video games, and movies as the place for a romantic rendezvous. It was the tallest broadcasting tower in Tokyo until 2012 when—some might say its rival—Tokyo Skytree was built.

Currently the tallest structure in Japan, standing at a mighty 634 meters, Tokyo Skytree is the primary television and radio broadcast site for the Kanto region. But perhaps more than that, it’s a symbol of romance for many. With its futuristic design and illuminated exterior, Skytree lights up the Japanese night skyline. There’s even a restaurant on the 634-meter mark for couples that want to be sky-high.

With both towers competing for Tokyo’s #1 tower of love, which one will you choose? History and tradition or modern-futuristic and tall? They both have their great points and you’re sure to make special memories no matter which you choose—or if you can’t decide, visit both!

Of course, you don’t have to be dating, married, engaged, or otherwise entangled to enjoy any of these spots. Visit with friends, family, or even alone. 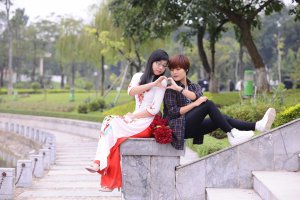 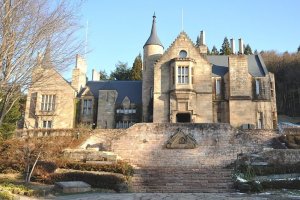 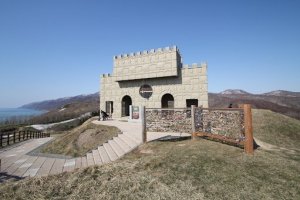 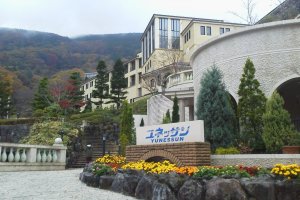 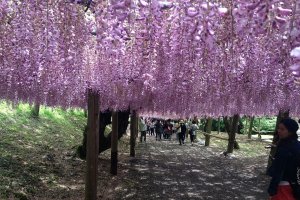 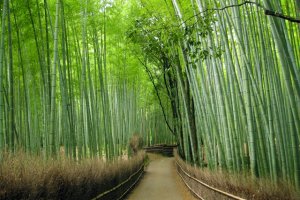 Kim 7 months ago
Great list - I really want to visit that castle in Gunma now, what an unexpected find!
Reply Show all 2 replies

Elizabeth S 7 months ago
Me, too! The castle is not a replica. It’s the real thing, a whole Scottish castle transplanted during the economic bubble. I want to take photos there for my Scottish rellies who I can’t visit this year.
Reply

Kim 7 months ago
That makes it even more unexpected! Such an interesting back story!
Reply
3 comments in total