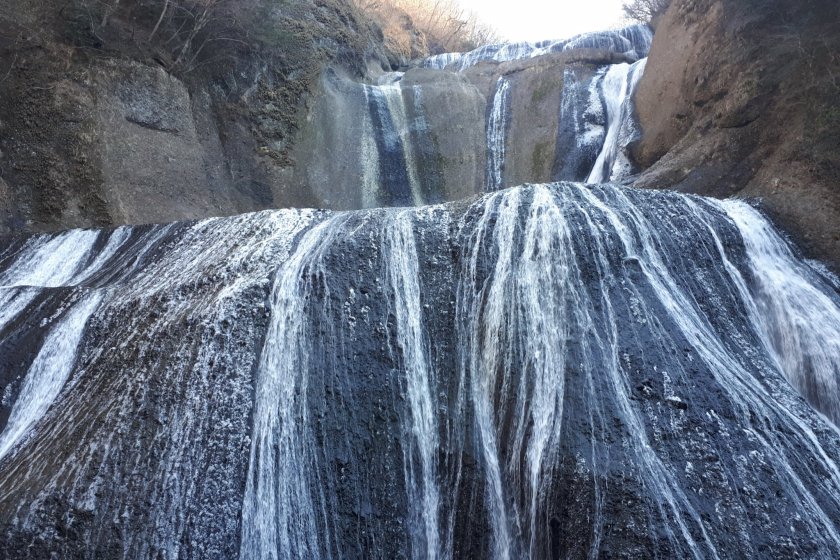 A Visit to Fukuroda Falls in Ibaraki

One of Japan's top waterfalls

Holidaying in Ibaraki, it was hard not to know about Fukuroda Falls. You'd come across signs pointing the way, travel brochures would feature little blurbs and, of course, you'd overhear snippets of conversations from people walking past talking about it. Well, with the heavens aligning, there really was nothing left but to go and visit.

A short fifteen-minute drive from Greenvila Auto Campground, a great camping park with excellent children's play facilities, Fukuroda Falls turned out to be just brilliant. At 120m in height, this magnificent waterfall turned out to be one of Japan's top three waterfalls and it shows. A massive cascade of winter water spraying out over four unique layers of rock was a sight to behold.

The falls are famous for their seasonal changes and the general consensus is that unless you have seen the falls in each season, then you haven't really seen the falls. Visiting in winter, the water flow was a bit sparse compared to some of the images we had seen from the other seasons but that didn't lessen just how impressive Fukuroda Falls are.

Entrance is through a 276m-long entrance tunnel in which lies an observation deck halfway through with a sculpture affectionately known as the Lover's Sanctuary Monument. Past this is the suspension bridge that crosses the Taki River into which the falls pour into while another deck just further on sits at the falls' base. At the end of the tunnel lies a shrine as well as an elevator taking you to a 3-storey observation deck. Needless to say, the views here are spectacular.

It would be an understatement to say that Fukuroda Falls was well worth the visit. Stunning in its natural majesty, the only down side is that you can only ever see the falls one season at a time. 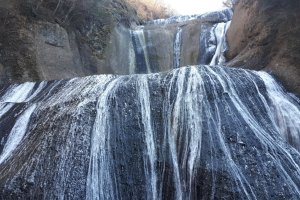 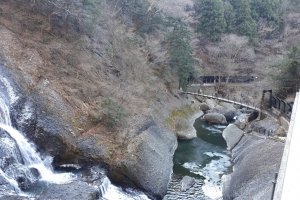 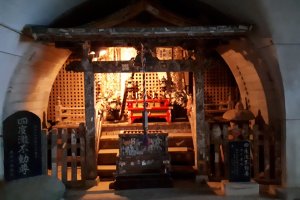 Elizabeth S 11 months ago
When I visit there, always stop at Takimiya, the soba shop just west of the falls. The shop has its own waterfall downstream of the big ones, and the veranda overlooks it.
Reply Show all 1 replies

Sleiman Azizi Author 11 months ago
Hypnotic is the right word for it, that's for sure.
Reply

Kim 11 months ago
Mother Nature sure is incredible...
Reply Show all 1 replies

Elena Lisina 11 months ago
Beautiful waterfall! I can't reach such places because I don't drive. Buses are still complicated for me, especially if there are just one bus in an hour.
Reply Show all 2 replies

Sleiman Azizi Author 11 months ago
Buses can be infrequent out there.
Reply

Elena Lisina 11 months ago
I bet! I like the first photo very much - it's like a graphic picture!
Reply
9 comments in total