A look back in time: Tsuwano from 150 years ago

"Tsuwano: Then and Now: A Walk through the Hyakkeizu" (One Hundred Views); has been designated as one of Japan's National Heritage stories by the Agency for Cultural Affairs in 2015. The Tsuwano Hyakkeizu depicts the Tsuwano Domain at the end of the Edo era, during about 150 years ago.

It is a fascinating work that provides a glimpse of the scenery and customs of that time. However, it is not just the book's drawings that have became part of Japanese Heritage but the town of Tsuwano itself and the efforts of its people in preserving their traditions and heritage. Thanks to these people's efforts, some of these book's scenes can still be seen today in Tsuwano such as; Youmeiji Temple, Yasaka Shrine Tsuwano, Taikodani Inari Shrine, Tsuwano Castle Ruins, Washibara Hachimangu Shrine and the Waterfalls of Tsuwano. The festivals of the Tsuwano domain are also represented in these drawings, like the Yabusame Horse Archery festival in spring, the Heron Dance and the summer Tsuwano Dance..

A unique feature of this facility is that there are always one or two English speaking ​concierges ​working there who can give a detailed explanation about this castle town's history.The depth of this explanation depends upon the visitor's interest. If the concierge is already explaining something to another visitor, (when more than half of the exhibition is in English), then there is also a free English audio guide available (a smartphone like device). This device can be used for the whole exhibition.

The second floor of this center introduces the aforementioned festivals, along with real costumes and videos on display. If any visitor needs a rest, or would like to bring back a personally hand made souvenir from Tsuwano, then it is possible to make a 'Washi' paper doll ​in the center.

The heritage center also functions as a tourist information center, with many English pamphlets about the castle town and tourist maps available in 6 languages. There are also pamphlets about other Japanese Heritage stories available. Some of these are in English and French.

The Tsuwano Japan Heritage Center is on the main road of Tsuwano called Hon-machi street, about a 10 minute walk from Tsuwano station. 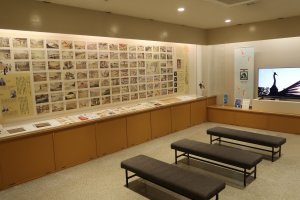 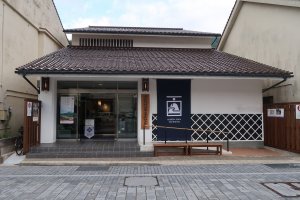 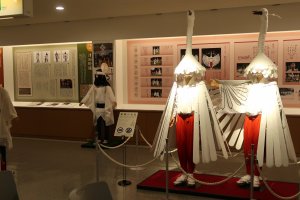 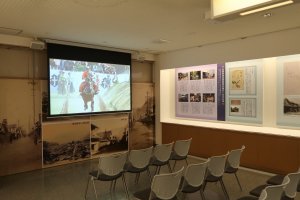 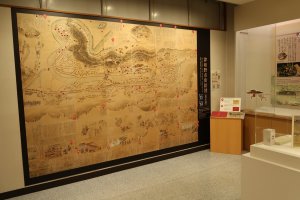 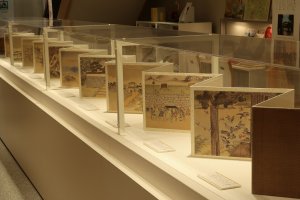