Modern, fully-equipped airport that runs around the clock

Haneda Airport International Passenger Terminal grand opened in October 2010, providing the greater metropolitan area a primary international terminal. In 2014, it opened up to more flights, and now offers nonstop services to 29 airports in 26 cities worldwide, allowing the airport to attract many more passengers every year.

The terminal houses most of the major airlines in SkyTeam Airlines and Star Alliance as well as some low-cost airlines such as Peach Aviation and Air Asia X. The arrival lobby is located on the 2nd floor and departure lobby on the 3rd floor. After arrival, onward buses, trains or taxis are available from the terminal to the visitors’ destinations.

The international passenger terminal of Haneda airport is open 24 hours, with many facilities for the convenience of the passengers. The terminal has free wireless LAN and PC desks to use your laptops as well as cell phone charger stations.

Pre-security shops and restaurants are mainly located on 4th floor. The terminal has a wide variety of food choices from traditional Japanese, Ramen, Sushi and Italian to franchised restaurants for a quick meal before the flight. Try udon noodles restaurant ‘Tsurutontan’ or Fried Pork Cutlet restaurant ‘Katsusen’, which are ranked highly among many restaurants. With your stomach full, you can take some time to get souvenirs from the shops on the same floor.

The international terminal also has observation deck on the top floor just like the domestic terminals, providing awesome views of the sea line with departing and landing airplanes as well as moon viewing platform at night. The ‘Pop town’ provides a last chance for the fans of Japanese characters, as you can visit some character and toy shops such as Hello Kitty Japan and Design Japan Culture Store here.

If you are staying overnight or want to have a quick stop before jumping into central Tokyo, accommodation near the terminal is available within walking distance from the Keikyu line’s Haneda Airport International Station. 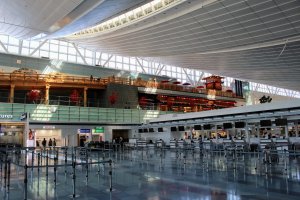 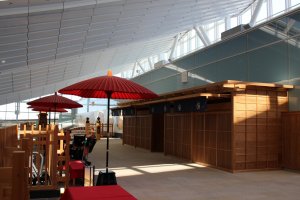 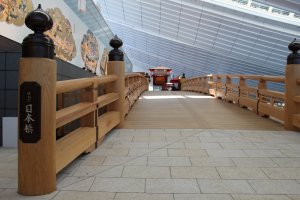 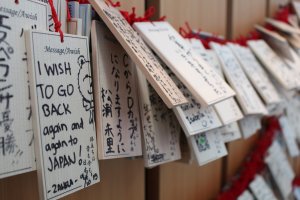 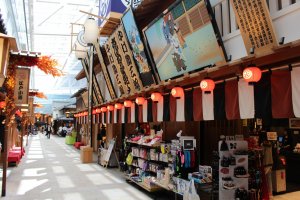 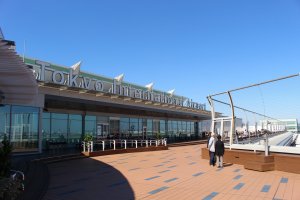