Things to Do Near Tokyo Station

A station and a city in one place

Tokyo Station is the main train terminal and a major bus terminal in Tokyo bringing people to other cities in Japan. It is also the busiest, with over 3,000 trains per day for the many passengers, both local and foreign, that go through this beautiful and historic station.

However, Tokyo Station is more than just a train station or bus terminal. Around this huge building are a lot of shops, restaurants and sights to see so the next time you pass through, how about taking time to look around before you head off to your onward destination?

Here are a few places I would recommend for you to check out:

Within easy walking distance of the Marunouchi exit of Tokyo Station are a number of attractions. One of them is Kitte Marunouchi. Occupying one underground floor and the first six floors of the Japan Post Tower, Kitte Marunouchi offers a cultural glimpse of Japan and a vast array of shopping and dining options. On the sixth floor, there is an outdoor Roof Garden which is a nice observation deck for Tokyo Station. This gives you an excellent view of the beautiful classic facade of the station, and also of the trains coming and going there.

This is also one of my favorite places and a must-see when you are in Tokyo. Only about 10 minutes walk from the station, you get to see the residence of Japan's Imperial Family. Although the inner grounds of the palace, across the scenic Nijubashi bridges, are generally not open to the public, the serenity of the large park surrounding the palace is a much needed break from the hustle and bustle of Tokyo.

The names say it all. As you walk up and around and down into the station's underground passageways, you will see a vast selection of restaurants, including fantastic Japanese cuisines, that are lined up on both sides of the station. You can have a simple snack or a full meal and everything else in between.

Hello Kitty and her equally popular animated friends are here. This is a long passageway of shops that sell all things character-based, including souvenirs from Japanese variety shows and TV dramas. It will take you at least a good hour to go through this passageway so make sure you have plenty of time, especially if you have children waiting at home.

As Tokyo Station is the gateway for trains going to 46 out of 47 prefectures in Japan, many people often buy omiyage, a gift for their family and friends. Tokyo Station has one of the biggest gifts and omiyage markets and Tokyo Me+ (Tokyo Mitasu), which specializes in Tokyo gifts and souvenirs, and Okashi Land, where you can indulge in sweets and snacks, are two places that I would recommend.

There is much to do and plenty to see in Tokyo Station so don't worry if you have to spend a few hours there. In fact, plan on it – it will be a time well-spent.

I'm a Thai woman who love traveling around Japan.You can also called me "Mint".I enjoy running and hiking.Finding some nice place for eating in Japan is also my favorite activity. 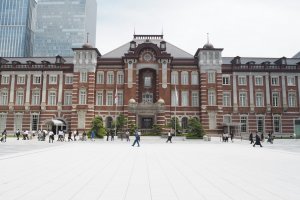 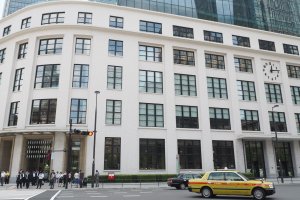 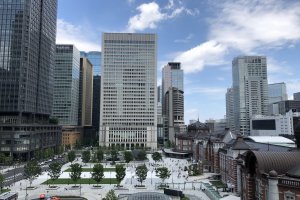 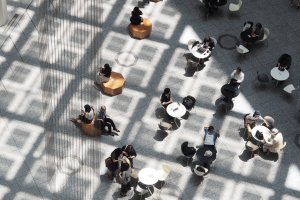 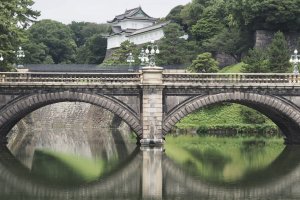 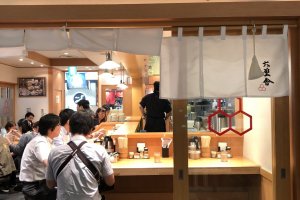 Elizabeth S 3 years ago
The Marunouchi Building is monumental and complements Tokyo Station beautifully. I like to have a coffee in the atrium of the Oazo building when I visit, but next time, I’ll try Kitte.
Reply Show all 0 replies

Kim 3 years ago
There is always something new to see or do at Tokyo Station every time I pass through there!
Reply Show all 0 replies
2 comments in total