Cherry Blossoms, Animals and the Edge of the Earth

My third trip to Japan

My third visit to Japan saw me able to set out my own itinerary and travel by myself. Again, because of my involvement with an exhibition, I stayed in Tokyo for a week. It was hanami cherry blossom viewing season and in my free time I went to feast my eyes on the sakura trees in bloom.

While in Tokyo, I visited Karakuen Garden, Shinjuku Gyoen, Ueno Park and Senso-ji temple, all great spots for viewing sakura. Hanami are held everywhere and wherever I went I tried some festival treats from the street stalls. I loved the festive spirit of hanami with its people picnicking beneath the sakura trees and celebrating the arrival spring. I also visited Tokyo Dome City and the Museum of Photography in Ebisu.

After the exhibition ended the rest of my trip finally started. The first place I visited was an open-air museum called Nihon Minkaen in Kawasaki. It has about 20 old houses brought from all over Japan. The museum was really impressive, particularly the houses from Shirakawa-go village.

One more place in Kawasaki that I wanted to visit was Daruma market where all sorts of daruma dolls are sold. While I was amazed by the largest one at 1.5 meters in height, I only but bought a few small ones. I didn’t stay longer in Kawasaki because wanted to see the night lights of Yokohama. The sight of Minato Mirai and Cosmo World with their colourful lights was exciting!

My next destination was Osaka. Osaka is a large city and to see it all would take time that I didn't have. I chose some spots that reflected both modern and traditional traits of the city. I visited Osaka castle, the futuristic Umeda Sky Building, the famous Shinto shrine Sumiyoshi Taisha and Osaka Aquarium.

From Osaka I made a one-day trip to Kobe to visit Kobe Animal Kingdom and Kobe Nunobiki Herb Garden. Kobe Animal Kingdom was fantastic as there were many birds walking freely, and I could take a photo with an owl and a toucan. That was the first time in my life to see a toucan, so there's no need to mention how excited I was! There were also thousands of flowers hanging from above - a really fantastic view! I spent half the day there and could have easily spent more. The Herb Garden was beautiful too; I particularly liked the floral compositions and the waterfall from the rocks. A view of Kobe city opened up from the top of the garden that I also enjoyed.

Next was an absolutely wonderful one-day trip to Nara. The gardens, magnificent Todai-ji temple with the largest indoor statue of Buddha, the mysterious Kasuga Taisha, all of it was impressive. However, my favourite were deer that walked freely in Nara! Unlike Miyajima, in Nara I could buy special treats for deer and feed them - ah, that was great!

After Nara I had to travel to Ito, but on the way there had planned to visit Fushimi Inari Taisha. Even after learning about that shrine I couldn’t imagine its real size and magic! I went up and up through thousands of red torii that seemed to be like an endless path into infinity… needless to say, I did reach the summit of Mt. Inari with the result being that Fushimi Inari is still one of the strongest impressions from my any of my trips to Japan.

My final destination for this trip was to Ito, a small town located on the ocean shore giving off the feeling of ‘the edge of the earth’. I spent three quiet days there and just enjoyed myself strolling by the coast, watching waves, boats and seagulls, local life and eating tasty sushi, my favourite past time! 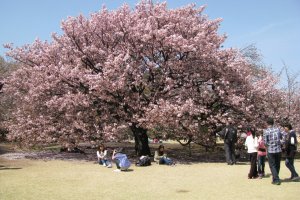 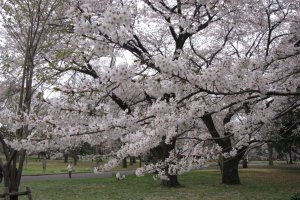 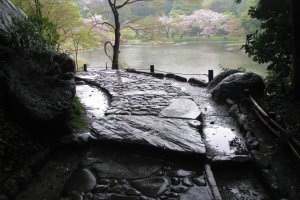 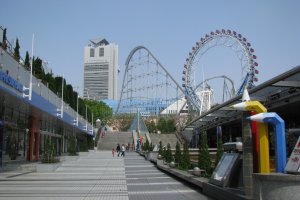 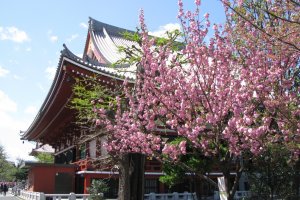 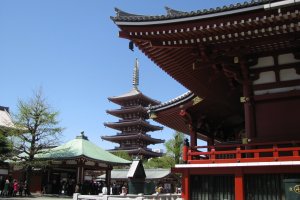 Kim a year ago
The photo with the toucan is amazing! What a cool experience!
Reply Show all 1 replies

Elena Lisina Author a year ago
Yes! And it was my very first time to see a tucan!
Reply
2 comments in total