How to explore the sights of Yokohama by train or bus

Getting around in Yokohama

Yokohama is Japan's second biggest city, so has plenty to see and do, and a number of ways to get around. Choosing how to travel will depend on where you want to go, so here are some of the most interesting destinations, and the best ways to get there.

First, a summary of the train lines, with the more useful ones highlighted: all of these go through Yokohama station. The JR Negishi line (also sometimes called the Keihin-Tohoku line) runs straight through the center on its long route from the northern suburbs of Tokyo to the southern; there are two subway lines, known as the Blue Line and Green Line, though the Green Line serves only the suburbs; the short Minato Mirai line connects Yokohama station to Chinatown; the other JR lines and the Tokyu-Toyoko, Sotetsu and Keikyu lines are primarily commuter lines, though the Keikyu line does have a useful regular service direct to Haneda Airport.

If you're arriving (or leaving) by Shinkansen bullet train, it'll be at Shin-Yokohama station, which is also where you'll come to visit the Ramen Museum or the Nissan Stadium, venue for the 2002 World Cup final. To get to the centre from here you can take either the Blue Line or the JR Yokohama line; JR is cheaper, but will almost always involve changing to the Negishi line at Higashi-Kanagawa station, one stop before Yokohama.

Getting to Chinatown is easy: it's a quick walk from either Kannai or Ishikawacho stations on the Negishi line - Kannai is also on the Blue Line - while Motomachi-Chukagai station on the Minato Mirai line is in the heart of the action. Kannai station is also close to Yokohama Stadium, home to local baseball team DeNA Baystars, and Isezaki Mall, a pleasingly untouristy shopping street.

This futuristic bayside district is home to a wealth of shopping and dining options, as well as the Yokohama Museum of Art. Unsurprisingly, you can get there on the Minato Mirai line, getting off at (you guessed) Minato Mirai station, but it's also served by Sakuragicho station, on the Negishi and Blue lines.

A good way from the centre, Sankei-En is a beautiful traditional Japanese garden, which isn't close to a station. To get here, take bus number 8 from Yokohama or Sakuragicho stations, or you could take a train to Negishi station and get a bus from there instead.

Pretty bayside Yamashita Park is most easily reached from Motomachi-Chukagai station, which is also close to the quaint Motomachi shopping street, as is Ishikawacho station. The historical Yamate district is walkable from here, or you can use Yamate station on the Negishi line.

A very fun way to get around, if more expensive, is the Sea Bass. Taking you out on the water and giving you a nice view of the Bay Bridge and MM21 skyline, it connects Bay Quarter shopping centre (next to Yokohama station) with Yamashita Park, stopping at Minato Mirai en route.

The Aka Kutsu Sightseeing Bus

If you're not in a hurry, a nice, leisurely way to see the city is this loop bus, with vintage styled vehicles leaving Sakuragicho station every half hour from about 10:00am to 5:30pm. The 65-minute loop takes in Minato Mirai, Chinatown, Yamashita Park, Motomachi, Yamate and more. 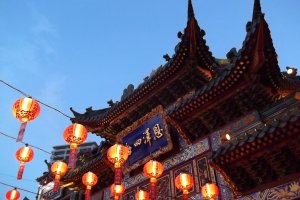 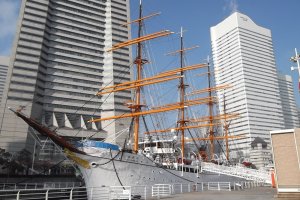 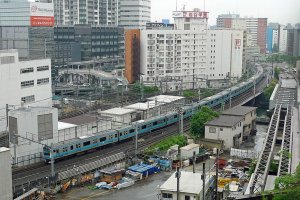 Lynda Hogan 3 months ago
Very useful. I visit Yokohama at least once a year as I used to live there, but I'm still fairly clueless about the transport! Great to have this reference.
Reply Show all 0 replies

Kim 3 months ago
The Sea Bass sounds fun, I've heard great things about it but haven't experienced it myself yet.
Reply Show all 2 replies

Elizabeth S 3 months ago
The views from Sea Bass are great. It reminds me of Yokohama’s sister city Vancouver and the Sea Bus.
Reply

Kim 3 months ago
I never knew that Yokohama and Vancouver were sister cities! Very cool!
Reply
4 comments in total
Back to Contents