The 23 City Wards of Tokyo

A city that never stops, Japan's capital Tokyo is one of the world's great metropolitan destinations. Home to a millennia of history, culture and tradition, the Tokyo of today consists of scores of cities, towns and villages but is most recognisable through its 23 central city wards. Here is a simple guide to those wards.

The densest and busiest areas of Tokyo can be found among the city's five central wards or cities. Minato City is filled with business, nightlife, and city landmarks, Shibuya City is an absolute mecca for Tokyo's youth culture while Chiyoda City is the political heart of the nation. Shinjuku City, with the world's busiest train station is an entertainment rush that never sleeps while Chuo City offers a stunning mix of modern waterfront views and blue-collar back streets.

Visitors looking for the old vibe of Tokyo head east. Arakawa City is dotted with Tokyo's pre-WW II ambience while Bunkyo City is home to many culturally significant sites. A whole trip to Japan could easily fit within the borders of Taito City, old-Edo comes alive in Sumida City while Koto City is home to the world's largest fish market and a reclaimed future. The blue-collar suburbanism of Edogawa City belies its public space while Katsushika City is nostalgia heaven.

Residential in nature, north Tokyo is generally less travelled by tourists. Adachi City, however features scores of landmarks and sites, Kita City is perfect for local strolling, Itabashi City is home to some impressive peace and quiet while Toshima City shines with nuggets of shopping, history and tradition.

The south sees a combination of expansive harbour views, public space and some of Tokyo's most sought-after suburbs. Shinagawa City is much more than an important transportation hub, Ota City is the international entry point into Tokyo while Meguro City is one of the country's most desirable places to live.

West Tokyo is a perfect escape from the central hustle and bustle. Nakano City is a draw for fans of anime and manga. Suginami City with its traditional shopping streets is replete with modern suburban charm, affluent Setagaya City is the most populous of all the city wards while family-friendly Nerima City is full of charm. 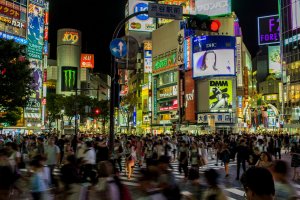 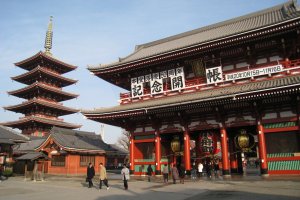 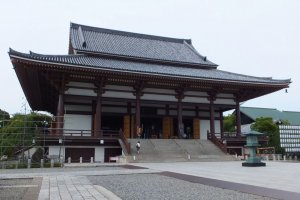 Kim a year ago
Your Tokyo guides have been immensely helpful! Even though I lived in the city for several years I still feel like I could live there a lifetime and not discover everything. Part of the beauty, I think!
Reply Show all 1 replies

Sleiman Azizi Author a year ago
Honestly, Tokyo really is city forever.
Reply
2 comments in total
Back to Contents