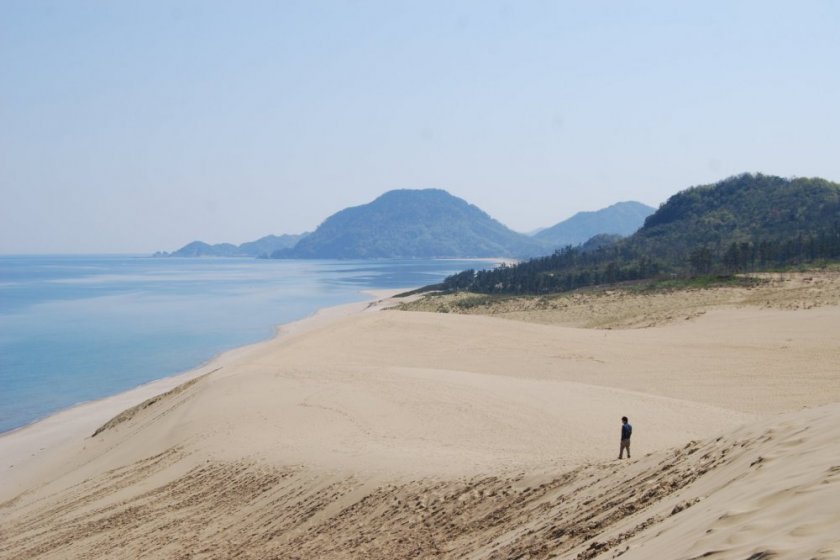 A Trip Around the World Within Japan

Japan is a country blessed with a plethora of things to see and do, and a range of incredible landscapes to appreciate. In saying that, some places may have you questioning if you really, truly are in the land of the rising sun or you've been whisked away to a spot on the opposite side of the globe! Come and discover these 10 spots that are most definitely in Japan -- but on first glances may have you thinking otherwise!

Where it really is: The Tottori Sand Dunes

Tottori's Sand Dunes are a major tourist attraction for the prefecture, and with good reason - they are the only sand dunes in Japan and have existed for over 100,000 years! Visitors can stroll out on the dunes themselves, take sand boarding lessons, or even go on a camel ride and appreciate the spectacular views.

Where it really is: Okuma Beach, Okinawa

If you're after a tropical beach vacation, Okinawa Prefecture has no shortage of stunning options to choose from. Azure waters, lush green foliage, and some incredible options for diving and snorkeling make it a getaway spot to remember - and one you'll want to keep coming back to.

Where it really is: Nagasaki's Huis Ten Bosch

Windmills? Check. Tulips? Check. Canals? Check. Nagasaki's Huis Ten Bosch really is a little slice of The Netherlands, and this may not come as a surprise given the city's trading history with the Dutch. The theme park has on-site hotels and various European-style eateries to really round out the experience.

Where it really is: Onboard the Garinko II Icebreaker ship, Monbetsu, Hokkaido

As well as those tropical beaches down south, Japan also has an icy north in the winter months - so much so that the sea has ice floating on it! Tours are available on the Garinko II Icebreaker ship, where you can see this natural phenomenon up close. Pack your winter woollies - you'll need them!

Where it really is: Tokyo's Shin-Okubo

Korean Barbecue restaurants and nods to K-Pop abound in Tokyo's Shin-Okubo area, also known as Korea Town. This bustling part of the city will make you feel like you've taken the short flight over to Seoul without having to set foot out of Japan. For lovers of Korean cosmetic brands like Tony Moly and Etude House, you'll find stores selling their products, too.

Where it really is: Hakone's Little Prince Museum

Hakone in Kanagawa Prefecture is a popular destination for its onsen culture, and there are a range of great museums here too. One of them is the Little Prince Museum, based around the famous children's book by Antoine de Saint-Exupéry. The grounds are designed like a charming village in France, and there's also an on-site restaurant offering a range of delicious meals inspired by the story.

Where it really is: Venus Fort, Odaiba

This isn't Venice - it's actually the inside of the Venus Fort shopping mall in Odaiba, Tokyo! The mall is a shopaholic's paradise, with a range of both Japanese and international brands including Nike, Billabong, Zara, Diesel, and Polo Ralph Lauren to name a few. You'll also find several restaurants, cafes, and coffee shops available when you need a pick-me-up.

Where it really is: Odaiba's Statue of Liberty replica

Still in Odaiba, you'll also find a glimpse of the Big Apple - New York's famous Lady Liberty is here in replica form! How did Tokyo end up with its own Statue of Liberty? Back in 1998, France temporarily sent over a replica statue to commemorate the relationship between the two countries. It ended up being so beloved that a permanent replica went up in the year 2000!

Where it really is: British Gardens, Shuzenji Niji-no-Sato, Izu

Shizuoka's Shuzenji Niji-no-Sato is a leisure park which has both Western and Japanese inspired sections. As part of the Western section, you'll find an area that looks just like an English village. There are even floral arrangements designed like the Union Jack, and a double-decker red bus which has been turned into a cafe.

Where it really is: Arita Porcelain Park, Saga Prefecture

For pottery aficionados, Arita in Saga Prefecture is a must-visit. Regarded as the birthplace of pottery in Japan, you'll find both traditional and modern interpretations of this art form, as well as spots like Tozan Shrine which has its torii arch made from porcelain, too! The Arita Porcelain Park is a popular spot for visitors, and it's built like a traditional German village - including an impressive replica of Zwinger Palace. 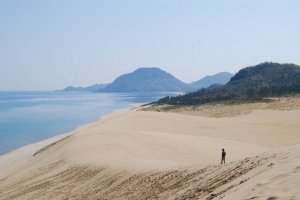 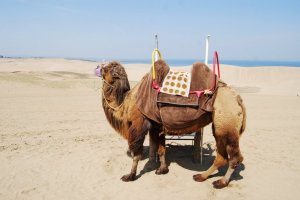 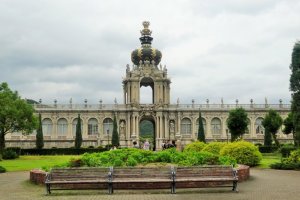 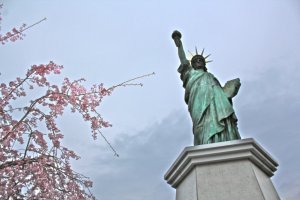 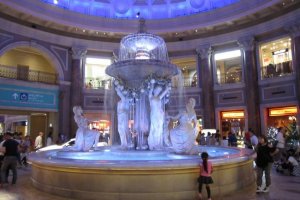 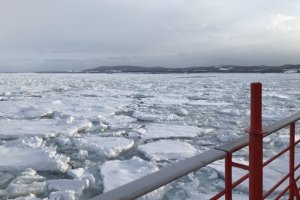 Lynda Hogan 2 years ago
So like others commenting, I've also been wracking my brains for others that you could add if you want to do a part 2! Saitama has a (debatable)little Cappadocia; https://wp.me/p6NEdH-Xo We also have a Little Prince parking area. Then of course there is Finland in Metsa Village. There's the Taiwan temple in Sakado. Arabian Rock in Omiya with its own indoor pyramid. You can probably find several countries covered in the Love Hotel industry too! There's British Hills in Fukushima....

Kim Author 2 years ago
You are such a wealth of info! Love it! There really is a way to feel like you've visited so many countries here!
Reply

Elizabeth S 2 years ago
I’ve long been curious about two architectural anomalies - Johnson Town, the American village in Iruma, Saitama Prefecture. An American military base was abandoned, and a local real estate company turned it into a village.

The other is Lockheart Castle in Gunma Prefecture imported piece by piece from Scotland during the Bubble Era.
Reply Show all 2 replies

Kim Author 2 years ago
Just googled the castle - it's gorgeous! I'm having fun learning about all these additional places!
Reply

Elizabeth S 2 years ago
I wonder if there are more Bubble Era follies like this in Japan.
Reply

Sleiman Azizi 2 years ago
What a fantastic idea for an article!
Reply Show all 5 replies

Kim Author 2 years ago
A bit of fun! I'll always be impressed with just how much there is to do in Japan...and with domestic tourism likely to be the focus for a while it's nice to know about some of these places!

Thank you for always being so encouraging!
Reply

Sleiman Azizi 2 years ago
You must be referring to my twin. I'm the evil one.
Reply

Lynda Hogan 2 years ago
This is exactly what I was going to write, Sleiman got their first, but I'll say it again "what a fantastic idea for an article!" Bravo m(_ _)m
Reply

Lynda Hogan 2 years ago
Haha, imitation is the sincerest form of flattery! You did say it best after all :-)
Reply

Elena Lisina 2 years ago
This is great article! Also there are China Towns in Yokohama and Kobe, and Tobu World Square in Nikko:
https://en.japantravel.com/tochigi/tobu-world-square/12586
Reply Show all 1 replies

Kim Author 2 years ago
Great additions!! I loved Tobu World Square when I visited there!
Reply

Shinobu Ishikawa 2 years ago
I love this article. It makes me feel like going around the world. Maybe you can add some other countries!
Reply Show all 4 replies

Kim Author 2 years ago
Yes! Elena already mentioned about the Chinatown areas and Tobu World Square in Tochigi, so I think some additions might be needed! Thank you so much for the kind comment!
Reply

Bonson Lam 2 years ago
The ideas here are just the tip of the iceberg. This hotel reminds me of some of the castles in Europe, https://en.japantravel.com/miyagi/sendai-royal-park-hotel/44321

Bonson Lam 2 years ago
How about the olive groves in Teshima Island, the German village in Okinawa, the American culture in Okinawa and various other places, the lavender fields in Hokkaido, the wineries in Yamanashi...
Reply

Kim Author 2 years ago
Oooh yes Bonson, I can't believe I forgot American Village! My husband was in the Air Force and we've been to Kadena Air Base a few times. In fact, Fussa in Tokyo also has parts that feel a bit like retro 50s America!

Great additions to the list, makes me realize I only got the tip of the iceberg!
Reply
18 comments in total
Back to Contents