Haneda Airport to Tokyo and Narita

Train, monorail or bus, it's no fuss

Haneda Airport is the closest airport to Tokyo City, so chances are you will be using this airport. As Tokyo is spread out over a large area, the best way to travel from the airport to the city will depend on your final destination.

For popular destinations such as the Imperial and Cerulean Tower Hotels, the Airport Limousine Bus offers a direct door to door service. These buses are ideal if you have a lot of luggage or don’t want to change trains. However, frequencies vary greatly between different service routes. For example, the Imperial Hotel bus departs three times a day, while the Cerulean Tower Hotel bus departs every hour or so.

An alternative for many travelers is the train or monorail. The Keikyu train is cheaper and some Tokyo bound trains terminate at Shinagawa, while others continue to Daimon, Asakusa and beyond to Narita Airport. It is 17 minutes from the domestic terminal to Shinagawa Station (400 yen), with trains operating between 5:30 and midnight. They run every 3 to 5 minutes, but you need to check the indicator boards carefully, as both Tokyo and Yokohama trains depart from the same platforms. If you are only going to Kamata, then you can board any train.

The Monorail takes 18 minutes and travels farther into downtown to Hamamatsucho, which will beat a Keikyu train to Daimon by five minutes. The price is comparable at 470 yen, but with the bonus of some elevated views of Tokyo Port. Japan Rail Pass holders can use their pass on the Monorail and activate their pass at Haneda Airport, though it is not very cost effective to activate it unless you are going at least another 100 kilometers that day.

If you have a lot of luggage and you do not want to pay for a taxi from the airport, or wait hours for the Airport limousine bus, a compromise would be to catch the train or monorail to the nearest station, and then a taxi from that station to the hotel. For example, a 2 kilometer fare from Shinagawa Station (West Exit) to Sheraton Miyako Hotel would be 800 yen, compared to a 5,500 yen fare from Haneda Airport. You should check beforehand which station exit you board your taxi from, as the more distant exits could add another 1,500 yen to your fare as the taxi navigates through the back streets of the larger stations, like Shinagawa. Generally the minimum fare is 710 yen for two kilometers, though some taxi companies charge a touch less. Anything longer than two kilometers, you should consider coughing up a lot more money, or travel in a group of three or four to make it cost effective.

On the other hand, if you are going all the way to Narita Airport, the airport limousine bus would be the easiest and most comfortable way to get there. The bus (3000 yen - 70 minutes) is more expensive than the train (1740 yen – 96 minutes), but you save at least one connection, and peak hour trains can be a bit crowded by the time they reach the city. While peak hour buses may be delayed by traffic jams, this is not as congested as you would think as it skirts around the city. You can also see glimpses of Tokyo Skytree Tower on the way, while with the train there is very little scenery as it goes under the major sightseeing spots in Central Tokyo. The first bus from Haneda to Narita departs at 6:25 from the International Terminal, while the last bus departs at 21:00 from the domestic terminal.

Here are my tips for a stress-free trip: 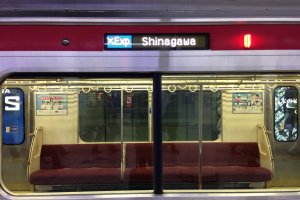 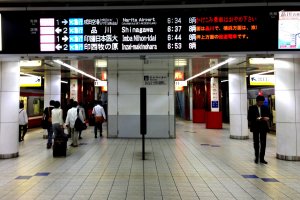 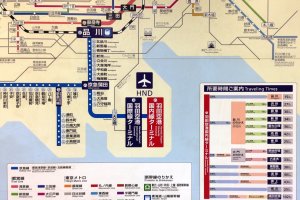 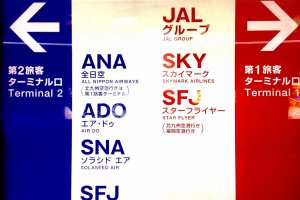 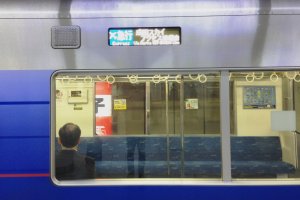 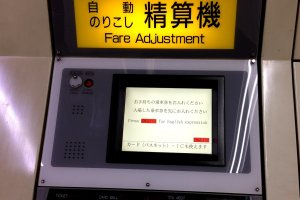 Bonson Lam Author 5 years ago
I stayed at the Toyoko Inn in Dec. While it is not at Haneda Airport itself, it is on the airport line with shuttle buses, making it a great choice. I am not the type to sleep in the airport anymore, so this is a great alternative at less than 8000 yen per room.
Reply Show all 0 replies

JapanTravel Guest 5 years ago
I am planning a trip to Vietnam with a long layover (11h55min) in Tokyo with an airport change required between Haneda to Narita airports. I wonder if I have to claim my checked luggage when I arrive in Haneda and transfer to Narita airport myself or can I check in my luggage to the final destination. I plan to tour the city before my next flight and don't want to carry a ALL my luggage around except my carry on. I need some advice. Thanks,
Reply Show all 1 replies

Bonson Lam Author 5 years ago
You will need to claim your luggage on arriving at Haneda and take them to Narita for your departure. I suggest you take a train/ monorail into Tokyo City, and then connect for another train to Tokyo Station where you can securely store your luggage. From Tokyo Station there are direct express trains to Narita. You would have plenty of time to sightsee and make your connecting flight at Narita. https://en.japantravel.com/tokyo/jr-east-travel-service-center/13184

Bianca Josephine 6 years ago
Hi Bonson, thank you for posting this article and I found your reply to others' questions are very helpful. My situation is very similar to Ngoc-Diep Nguyen, however I'll be transferring from Haneda to Narita on my flight back to the US. The layover is only 4 hours, and the airline requires me to claim my baggage once I arrive at Haneda and check-in the baggage again at Narita for the outbound flight. Do you think 4 hours will be enough to do all those: baggage claim, immigration, commute from Haneda to Narita, and baggage check-in once I got to Narita? I want to be sensitive with the hours as I'm afraid international flight could take longer due to immigration check. Any advise you could provide, I would greatly appreciate it. Thanks!
Reply Show all 1 replies

Bonson Lam Author 6 years ago
Hi Bianca, 4 hours should be enough to do all this, however if you have priority luggage (e.g. you have elite status with your airline), then of course it will help save time. The airport limousine bus will take you directly to Narita. Just check before hand where the check in counter is at Narita for your flight out of Narita, it will save you going backwards and forwards trying to find it.
Reply

Ngoc-Diep Nguyen 7 years ago
Hi, it's me again. Thank you for your reply. I will be transfer from Narita to Haneda with two of my check in luggage and one carry one. I have 8 hours lay over, what should I do? Can I put my luggage somewhere at the Narita airport and then come back to get it later? What kind of public transportation that I should take? When I come back from Vietnam, I will have to transfer from Haneda to Narita, but I only have 4 hours lay over, what kind of public transportation do you suggest for this time? Thank you.
Reply Show all 1 replies

Bonson Lam Author 7 years ago
There are luggage storage and delivery services for both inbound and outbound trips.

When you are flying into Narita, you can take your luggage to the luggage delivery counter, and they can deliver it to your final destination in Japan. So for example if you are going from Haneda to Sapporo, they can deliver it from Narita to your hotel or home in Sapporo. I have tried this service from Osaka airport to an office in Osaka, and you can choose the same day or 48 hour service. https://www.narita-airport.jp/en/bf/service/info08.html

If you are transiting on your flight into Japan and you have 8 hours, then the best thing would be to check in your luggage at Haneda http://www.haneda-airport.jp/inter/en/premises/service/delivery.html, and then take a train into Shinagawa for some sightseeing. Otherwise you could stay in the airport or take a nap/ massage at the airport hotel/ massage shops.

As Haneda is much closer to the city then Narita, I would rather have my luggage stored / checked in at Haneda than Narita.

When you are flying out of Narita, the luggage storage at Narita Airport would work best for you. https://www.narita-airport.jp/en/bf/service/info08.html. 4 hours is not long enough to do sightseeing, as you have to get the transfer bus (airport limousine) and cater for the contingency that your arriving flight may be delayed. Have a great trip!

Ngoc-Diep Nguyen 7 years ago
Hi thank you for the information I will be arrive at Narita at Terminal 2 from Detroit, Michigan, USA and from there I will have to transfer myself and two of my check-in luggage and carry on luggage to Haneda air port. I wonder how do they transfer my luggage if I take a Airport Limousine? Will I take to carry the luggage on the bus with me (under neat my sit) or they have some room so I can leave them and take them out when I arrive to Haneda? Is there anyone to help me to carry those luggage onto the bus or I have to do it myself? Thank you
Reply Show all 1 replies

Bonson Lam Author 7 years ago
The Airport Limousine has a separate luggage storage area at the bottom of the bus. The drive will load the luggage at Narita and unload it at Haneda Airport. It is the most convenient way to get between these two airports and if you keep a sharp eye on the right side you can see Tokyo Skytree in the distance about halfway during the trip.
Reply
13 comments in total