From Osaka back to Tokyo

Breathtakingly beautiful, Japan is filled with mountains, covered with forests and anywhere is rarely more than an hour or two from the ocean. With its mix of peace and noise, old and new, Japan's incredible variety and depth of culture means it pretty much has it all. And while train may be the easiest way to see the country driving allows you to discover just that little bit more.

Here is part three of our campervan trip through the middle of the country.

A leading centre of trade, Osaka is Japan's second largest metropolitan area after Tokyo and has a very different vibe from any other place in Japan. Being less formal and more open, people are often considered lively or ‘nigiyaka.’ Osaka is famous for its Osaka Castle with its fantastic view as well as cuisine with dishes such as okonomiyaki, takoyaki, and kushikatsu. Dōtonbori is an iconic district within the city full of restaurants, food stalls, bars and gems like Hozen-ji temple (法善寺, Hōzen-ji).

With its large number of historical temples, landmarks and national monuments, the city of Nara became an UNESCO World Heritage Site in 1998. It also features Nara Park, one of Japan's oldest parks and populated with over 1,200 shika deer freely roaming around. Just north of Nara Park is the famous Todai-ji temple ( 東大寺, Tōdai-ji). Built in 752, it is the largest wooden building in the world and home to the largest bronze Buddha at 14.98m. South-west is Gango-ji (元興寺, Gangō-ji), said to be the first Buddhist temple built in Japan.

Decide on a route to back to Tokyo via Mount Fuji, we somehow ended up going on a rather long side-trip to Matsumoto in Nagano. Surrounded by beautiful mountains, Matsumoto developed into a castle town during the Edo Period. Its famous Matsumoto Castle is a one of the most stunning and well-preserved castles in Japan.

Leaving south from Matsumoto, the shape of Mount Fuji began to slowly appear before us. Its symmetrical cone it is an awe-inspiring view. Japan's tallest mountain at 3,776m, it is probably the best known symbol of Japan. Mount Fuji is surrounded by five lakes, many of them with great camping sites. We stopped by Churei-to Pagoda, a peace monument built on the northern slope city of Fujiyoshida.

The most populous metropolitan area in the world, Greater Tokyo requires a second lifetime to fully explore. While getting around is easy with its extensive public transport, focusing on area and walking may be best. We walked around Ueno Station and through the Asakusa district featuring amazing little shops and Tokyo’s oldest Buddhist temple, Senso-ji (浅草寺, Sensō-ji). Asahi beer headquarters is close while a 30-minute stroll gets you to the Hokusai Museum, a permanent exhibition of ukiyo-e master Katsushika Hokusai.

Go back to part two or continue reading part four... 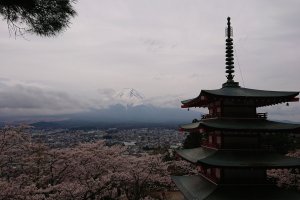 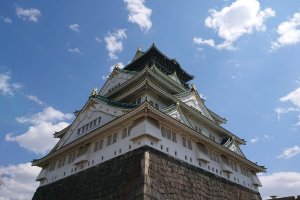 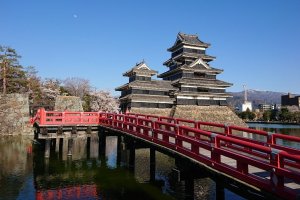 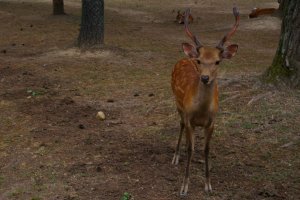 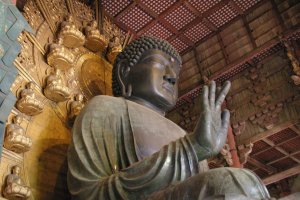 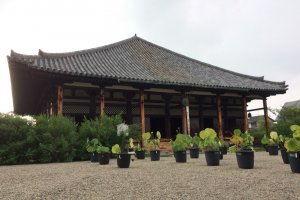 Elizabeth S 2 years ago
I’ve been to Osaka many times, and the city reveals more cool things each time I go. Lots of people will take the time to chat with you, too.
Reply Show all 0 replies

Sleiman Azizi 2 years ago
I've been to Matsumoto many times and the castle there is simply magnificent.
Reply Show all 0 replies

Elena Lisina 2 years ago
What a BIG trip!!!
Reply Show all 0 replies
3 comments in total