Encounter the Best of Ehime

The prefecture known for fruit and nature brims with life

Located on the less-traveled Shikoku Island, Ehime Prefecture might not be on the top of your bucket list. However, Ehime is a hidden gem that some might even be reluctant to share with the rest of the world. Surrounded by the vast Seto Inland Sea, the prefecture is home to magnificent mountains, striking ocean views, and uniquely Japanese culture in the form of the Shikoku Pilgrimage. If you're seeking a truly local experience, check out these Top 10 Places where you'll encounter the best of Ehime.

Matsuyama Castle is one of the oldest castles in the country and has been intact since the Edo era which is no mean feat since many of Japan's historical structures have been known to succumb to natural disasters, fire, or war. Located on the top of a petite mountain, the castle is magnificent and a permanent reminder of Ehime's rich historical and cultural past.

Built in 1603, the structure has stunning views of the city of Matsuyama and the Seto Inland Sea and in springtime, the castle transforms into a prominent cherry blossom-viewing site. One of the best feudal castles in the country, Matsuyama is accessible by ropeway and chairlift or on foot (although note it can be quite steep). It's a beautiful spot and a fascinating insight into Ehime's historical significance.

For fans of animation, Dogo Onsen should be particularly familiar as it is the direct inspiration for Hayao Miyazaki's Academy Award-winning Spirited Away. One of Japan's longest-running onsen (hot springs) it dates back to 1894 (although the site is said to go back centuries) and plays a special role in the hearts and minds of Japanese citizens (especially bath lovers). It's not the largest onsen in Japan by any feat of the imagination and can be a little tight in certain areas but the atmosphere is unrivaled and transports visitors to a historical Japan of intimacy and harmony.

Natsume Soseki is one of Japan's most revered novelists. From "Kokoro" to "I Am a Cat" he captured the imagination of a nation during his lifetime in the late 19th and early 20th centuries. "Botchan," based on Soseki's experience as a teacher in Matsuyama, is widely read by schoolchildren in Japan and remains a literary masterpiece. The steam engine which appears in the much-loved novel ran from 1888 for 67 consecutive years now takes the form of diesel-engine replicas (since 2001) and is named after the book. Visitors come from far and wide to ride a quaint and endearing piece of Japanese history and relive Soseki's memories of crisscrossing his beloved Matsuyama.

Built in 1603 Imabari Castle is known for being one of Japan's greatest mizujiro or "castles of the sea." Created by master builder Todo Takatora, Imabari Castle is an absolute delight for history buffs. With its wide moats and proximity to the sea, it's an imposing and impressive structure. The grounds of the castle also play host to various Shinto shrines and the peacefulness and tranquility which is offered on the grounds are worth a visit alone.

The Seto Inland Sea is one of Japan's most beautiful and treasured locations. Oyamazumi Shrine is situated on Omishima Island, an isolated and stunning piece of land, in the middle of the sea. Dedicated to soldiers and sailors the shrine has many tales to be told. Founded in 594, the shrine hosts some amazing historical artifacts relating to samurai and warriors throughout the ages. It's a beautiful porthole into Japan's complex and utterly fascinating warrior history.

The longest suspension bridge in the world and one of the greatest feats of structural engineering ever produced; the Kurushima-Kaikyo Bridge is a sight to behold. Over 4,000 meters in length the bridge connects the island of Oshima to mainland Shikoku and is renowned the world over. If you're lucky enough to take a drive over it, it affords some of the most majestic views in Japan.

Located on the peak of Oshima's Mount Kiro, the observatory park is the ideal spot for admiring the sea, the gigantic suspension bridges which criss-cross above said sea and, on clear days, Mount Ishizuchi. One of the most prominent spots for sunset and sunrise lovers, it's worth the hike to the top, get your breath back, have a picnic, and then enjoy the unparalleled views.

Ehime Prefecture certainly isn't devoid of temples or shrines. This area of Japan brims and bustles with history. Located in Matsuyama, Isaniwa Shrine is a significant structure where Emperor Chūai, Empress Jingū, and Emperor Ōjin are enshrined. It's a steep climb up the shrine itself but it can be a particularly valuable and spiritual experience for visitors. The shrine also plays host to a treasure hall in which swords and armor can be viewed.

It's not what you would expect to find in such a historical place such as Matsuyama. A huge Renaissance-style villa (built as a second home) catering to the needs of Earl Sadakoto Hisamatsu, a descendant of the former Matsuyama clan. Open to the public, this temple to opulence and ostentatiousness is a relaxing and peaceful way to spend a few hours thinking of how the other half live. Bansuiso continues to host exhibitions and events and is well worth a few hours of any visitor's time.

Part of the legendary 88 Shikoku shrine pilgrimage, Ishiteji Temple is renowned throughout Japan for its beauty and historical importance. In fact, seven of the temple's structures have been designated as National Treasures or Important Cultural Properties. Not far from the esteemed Dogo Onsen, Ishiteji has an abundance of hidden treasures and beauty spots and it's unsurprising that it is one of Ehime's top historical attractions. 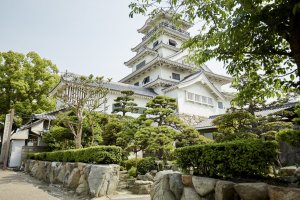 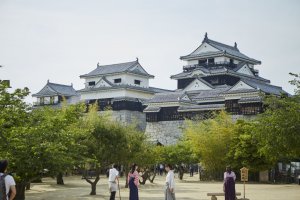 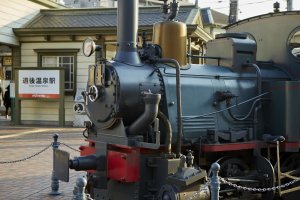 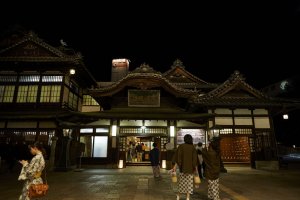 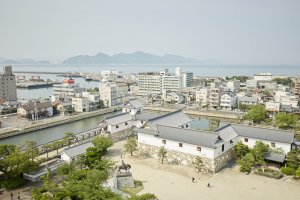 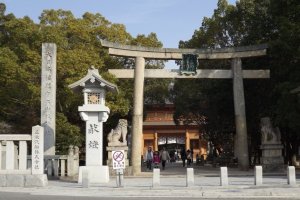 Elizabeth S a year ago
Oyamazumi Shrine is a must-see for budo students and history buffs. It's got a mind-blowing collection of weapons and armor offered by great warriors of Japan.

Ishiteji Temple is an experience, too, with the legend of the transmigration of a soul, a stone in a baby's hand to attest to it, and some really far out Buddhist sculptures.
Reply Show all 0 replies

Kim a year ago
So many great options to explore!
Reply Show all 0 replies

Elena Lisina a year ago
Each place in Japan is unique and interesting to explore!
Reply Show all 0 replies

Sleiman Azizi a year ago
You can almost feel guilty for sharing secrets like this!
Reply Show all 0 replies

Sherilyn Siy a year ago
Imabari is known for their superior towels. I have gifted friends with Imabari towels.
Reply Show all 0 replies
5 comments in total