The Seven Prefectures of Kanto

A quick look at the Kanto region

A full third of Japan's population lives in the Kanto region. Made up of seven prefectures, the powerhouse prefecture is undoubtedly Tokyo. A world metropolis if there ever was one, the nation's capital is conveniently connected to all of its neighbouring prefectures. Kanto is home to some of the country's most impressive and well-loved destinations. Here is simple guide to each of the seven prefectures of Kanto.

Extraordinarily underrated, Chiba Prefecture sits right by Tokyo and thanks to Narita International Airport, is the gateway for many into Japan. Surrounded by water, Chiba is not only home to the ever popular Disney theme parks but turns out to be a legitimate bastion of nature and culture. Its sweeping coastline features the 66km-long Kujukuri Beach, its interior has the brilliant views of Nokogiri Mountain with its ancient temple site and mountain-carved Buddhist relief, and of course, there is always the impressive Narita-san Temple.

Chiba is connected to Tokyo via the JR Keiyo Line, the Narita Express and the Keisei Skyliner trains.

A rugged haven, Gunma Prefecture is Japan's outdoor adventure hub. Complete with wild mountains and volcanoes, the prefecture is a wilderness paradise laden with nature activities opportunities. Canyoning, hiking and bungee jumping are popular here while some of the nation's best hot springs, like Kusatsu Onsen, call the prefecture home. In places like Minakami, lakes and water sports add to the fun with canoeing and white water rafting big draws.

Gunma is connected to Tokyo via the JR Joetsu Shinkansen Line.

Even for many Japanese, Ibaraki Prefecture is an unheralded destination despite its almost endless supply of nature, space and relaxation. Hitachi Seaside Park is a major draw with its year round flower gardens while Hitachi wagyu beef turns out to be a hidden source of national pride. Home to Japan's space agency, the twin peaks of Mt. Tsukuba and the stunning Fukuroda Falls help complete the prefecture's natural picture.

Ibaraki is connected to Tokyo from via the JR Joban Line.

A melting pot of modernity, history and nature perfectly describes Kanagawa Prefecture. The famous skylines of Yokohama are part of an international city hub that includes great shopping and the ever popular Chinatown. Further along lies the character-laden island of Enoshima and surrounding beaches, the historical and cultural marvels of the ancient capital Kamakura as well as the famous Hakone hot springs resort town with its stunning views of Mt. Fuji.

Kanagawa is connected to Tokyo via lines like the JR Yokosuka Line and the JR Keihin-Tohoku Line.

Entirely understated is Saitama Prefecture. Located directly north of Tokyo, its Nagatoro valley and the mountains of Chichibu offer some of the most impressive natural sites in Japan. The three-day Kumagaya Festival attracts well over 750,000 people each July, old Edo survives with original buildings in the town of Kawagoe while the Railway Museum in Omiya is one of the largest of its kind in the world and a huge hit for the whole family.

Saitama is connected to Tokyo via the JR Joetsu Shinkansen Line and JR Takasaki, Utsunomiya, Shonan-Shinjuku and Saikyo Lines.

Gifted with some extraordinary nature, Tochigi Prefecture is also home to some of the nation's most impressive cultural and historical sites. So while the beautiful Kegon Falls and the nation's highest lake in Chuzenji are impressive enough attractions in their own right, the magnificence of the World Heritage listed Nikko Toshogu Shrine simply cannot be understated. The gyoza dumpling city of Utsunomiya, of course, never disappoints.

Tochigi is connected to Tokyo via the JR Tohoku Shinkansen as well as the JR Utsunomiya and Tobu Railway Lines.

Tokyo is the city that never ends. Japan's capital city, this metropolitan prefecture is made up of its central wards and the western region. Along with the world's most impressive rail system, world class art galleries & museums, Michelin-starred dining & local street stall eateries, temple & shrines and the unique personalities of a never ending number of districts, Tokyo is even home to proper tropical islands. It's no exaggeration to say that you could spend a lifetime here and still not cover all of what is on offer.

Tokyo is connected to the rest of Japan via its Shinkansen train lines and its domestic and international airports in Narita and Haneda. 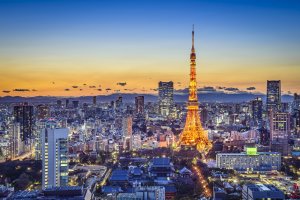 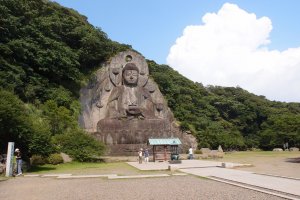 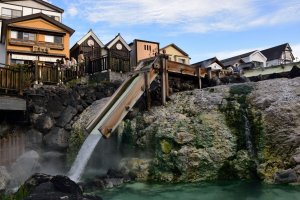 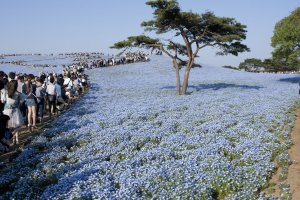 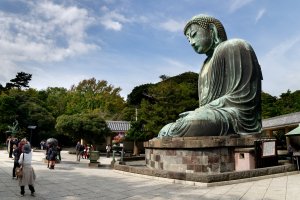 Sander van Werkhoven 7 months ago
I've been to all of these prefectures, but somehow only stayed in Tokyo itself, Tochigi-ken and Gunma-ken. So much of this area can easily be discovered from Tokyo, even though you probably miss out on some of the best places.

Gunma supposedly is considered the least interesting prefecture in all of Japan by the Japanese people. A few years ago there even was a promotional anime series that made it look like the most terrifying place on earth. And when I told the hotel manager in Nanto (Toyama-ken, not exactly the most touristy area of Japan....) one of my next destinations would be Gunma, he started laughing and asked why I would even consider going there. Turned out I had a great time, visiting the Usui Pass Railway Heritage Park, and Ikaho Onsen with nearby Ikaho Toy, Doll and Car Museum (the name of the museum describes just a small part of the ridiculously eclectic collection) and the Life and Sex Museum (which is probably the weirdest place you'll ever visit). I didn't even have time for Kusatsu Onsen, the silk industry of Tomioka seems interesting, and I tried only few of the many local specialties on my list, so I'll definitely will visit Gunma again.

There's also quite a few great matsuri in the kanto area, Chichibu Yomatsuri is quite well-known (and therefore very crowded), but the Hanno Matsuri, Honjo Matsuri (both Saitama-ken) and Kamine Jinja Daisairei (Hitachi, Ibaraki-ken) were just as great, and Mamada Jagamaita (https://www.youtube.com/watch?v=hTQFYoIDQyo) in Tochigi-ken was one of the most unique matsuri I've visited.

Of these prefectures, I've seen least of Chiba-ken. I've only visited Narita, and been twice to the Tokyo Auto Salon at Makuhari Messe without seeing much else of the area. Still a lot to uncover...
Reply Show all 2 replies

Sleiman Azizi Author 7 months ago
There's a lot of experience there... do tell!
Reply

Sander van Werkhoven 7 months ago
I'll give it a try. It's not like I can plan a trip to Japan at the moment, so now is as good a time as ever :-)
Reply

Elena Lisina 7 months ago
I haven't visited Chiba and Gunma yet, but they sound interesting.
Reply Show all 2 replies

Sleiman Azizi Author 7 months ago
Nothing wrong with Chiba or Gunma at all.
Reply

Elizabeth S 7 months ago
Chiba has lots of seaside destinations on the Tokyo Bay and Pacific Ocean sides.

Gunma is a hot spring wonderland.
Either are worth a few day trips and overnight trips, too from Tokyo.
Reply

Sleiman Azizi Author 7 months ago
They all have their own personalities and characteristics, right?
Reply

Bonson Lam 7 months ago
When I saw your title, I thought about the movie , the seven samurai. If each prefecture was a person, I wonder what each would be?
Reply

Sleiman Azizi Author 7 months ago
Ah, what a great thought exercise!
Reply
10 comments in total
Back to Contents