Places to visit along the sky blue line

One of Tokyo's busiest subway lines, the sky blue Tokyo Metro Tozai Line extends from Nakano in Tokyo's west and runs all the way east to Nishi-funabashi in Chiba Prefecture. The twenty-three stations of the line provide a conveniently straight crosstown passage through Tokyo and into Chiba. Here is a simple guide to the line's stations and places to visit along the way.

Nakano Broadway by Nakano station is heavy with both youth and traditional culture, while the residential Ochiai station is home to the superbly independent cafe, Cozy Style Coffee. Takadanobaba station is university student haven filled with cheap eats, a lively feel, and even the Citizen Plaza Ice Skating Rink.

Waseda station, giving access to the famous and tourist-friendly Waseda University, also takes you to the Natsume Soseki Memorial Museum. Home to a fashionable shopping and dining area, Kagurazaka station lies right next to the charming Ayumi Gallery while Iidabashi station takes you to the busy love shrine of Tokyo Daijingu.

Kudanshita station provides access to many sites including the Nippon Budokan and Yasukuni Shrine. Takebashi station is easy access to the Science Museum and the National Museum of Modern Art while Otemachi station will take you to, among other places, the grounds of the Imperial Palace.

Nihombashi station is right by the famous Maruzen Bookstore while the commercial area around Kayabacho station offers the fantastic multi-level izakaya Japanese pub, Fujiro. Great evening dining can be had around Monzen-nakacho station as well as the amazing Tomioka Hachimangu Shrine and its Sunday flea markets.

Kiba station is the gateway to the much appreciated green space, Kiba Park and Toyocho station will take you to the free Gallery A4 with its intriguing displays of architectural art while Minami-sunamachi station is home to the kid-designed interactive Sunachika train park.

Close to Nishi-kasai station is Gyosen Park and its free Edogawa Natural Zoo. Kasai station is right by the subway museum, Tokyo Metro Museum and close to a cluster of local temples and shrines while Urayasu station is a short walk to Seiryu shrine and Dairenji Temple.

Minami-gyotoku station is a solid walk to the amazing Gyotoku Yacho no Rakuen Bird Sanctuary, Gyotoku station is right by the Minato Shinden Koroku Shrine, and for Muslim travellers, the multicultural Hira Mosque will be of comfort. Myoden station is between the Kyuedo and Edo rivers with Myoden Park a great little local place for a BBQs.

Harakiyama Myoko Temple is accessible from Baraki-nakayama station while the final stop, Nishi-funabashi station, surrounded by bustling local shopping, and will take you to the appropriately rustic Innai Kasuga Shrine. 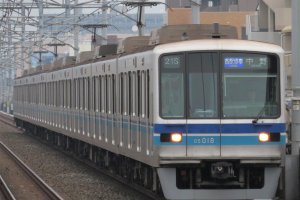 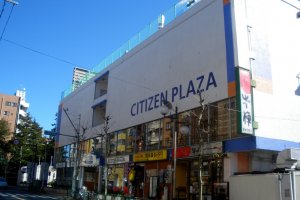 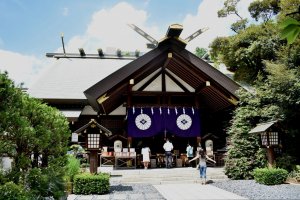 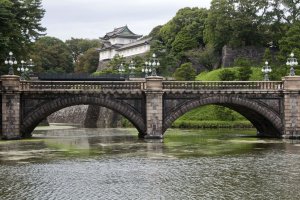 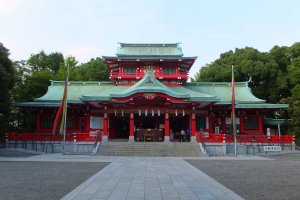 Sherilyn Siy 10 months ago
My favorite stop has to be Iidabashi. Love the Canal Cafe.
Reply Show all 1 replies

Sleiman Azizi Author 10 months ago
There is so much to explore, little cafes and shrines, restaurants and shopping alleys , few of which ever make the front pages of any travel itinerary.
Reply

Kim 10 months ago
I really enjoy these guides - great for itinerary planning!
Reply Show all 1 replies

Sleiman Azizi Author 10 months ago
Lots of potential in that, I think
Reply
4 comments in total
Back to Contents